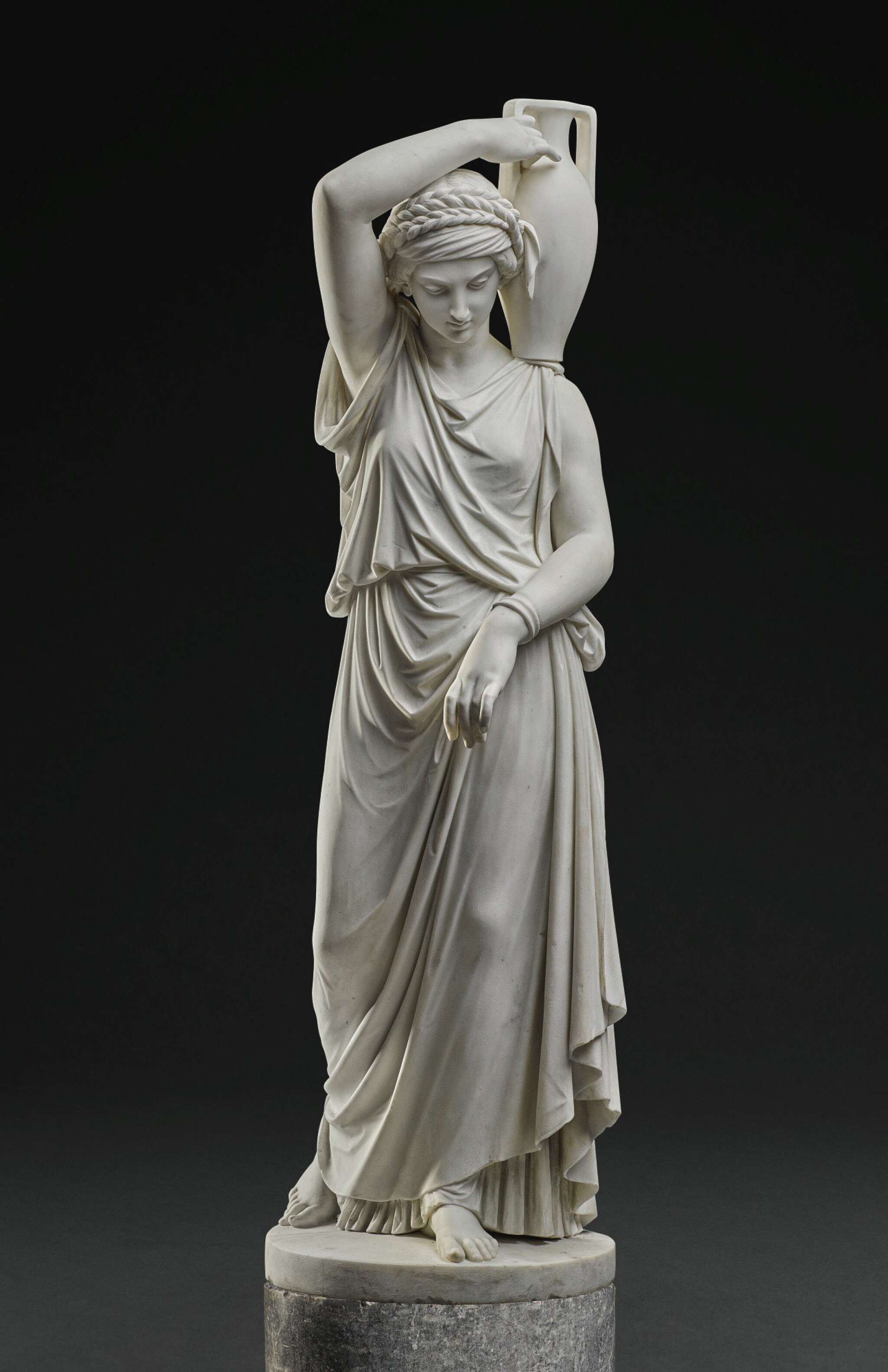 REBECCA AT THE WELL

Overall the condition of the marble is very good with minor dirt and wear to the surface consistent with age. The proper left little finger and thumb are reattached with original pieces. There is natural veining to the marble consistent with the material, particularly to the proper right arm, chest and back. There are some minor naturally occurring inclusions in the marble. There is an original joint running through the base from side to side. There are minor chips and abrasions to the base, and a larger chip on the base at the proper left side. There are a few small reattachments with glue residue to the drapery. There is general dirt and wear to the probably associated grey marble base.

In the 1840s Heinrich Maximilian Imhof created a series of marble groups with Old Testament subjects, including Ruth, David, and a group of Hagar and Ishmael. Rebecca at the Well, whose plaster model survives in the Kunstmuseum Bern, was conceived in 1841 and exhibited in marble at London's Royal Academy in 1846. The dating of 1860 on the present marble testifies to the model's enduring popularity. Another marble version, dated 1866, is preserved at the Kunstmuseum Basel. Exhibiting an air of calm introspection and clad in precisely carved, severely folded drapery, Rebecca is emblematic of both Imhof's neoclassical training and his sincere artistic purpose. The model betrays the influence of his master, Bertel Thorvaldsen, whose Hebe compares closely in style and composition.

Born in Bürglen, Switzerland, Imhof began his career under the tutelage of Johann Heinrich von Dannecker in Stuttgart. In 1824 he settled in Rome, where he became a pupil in the prestigious workshop of Thorvaldsen, before opening his own studio at Piazza Barberini. He was commissioned to execute portraits and ideal statues by members of the aristocracy across Europe. Notably, in 1835, he was called by Otto I of Greece to his newly founded Academy in Athens to model portrait busts of the King and Queen, as well as a figure of Atalanta.