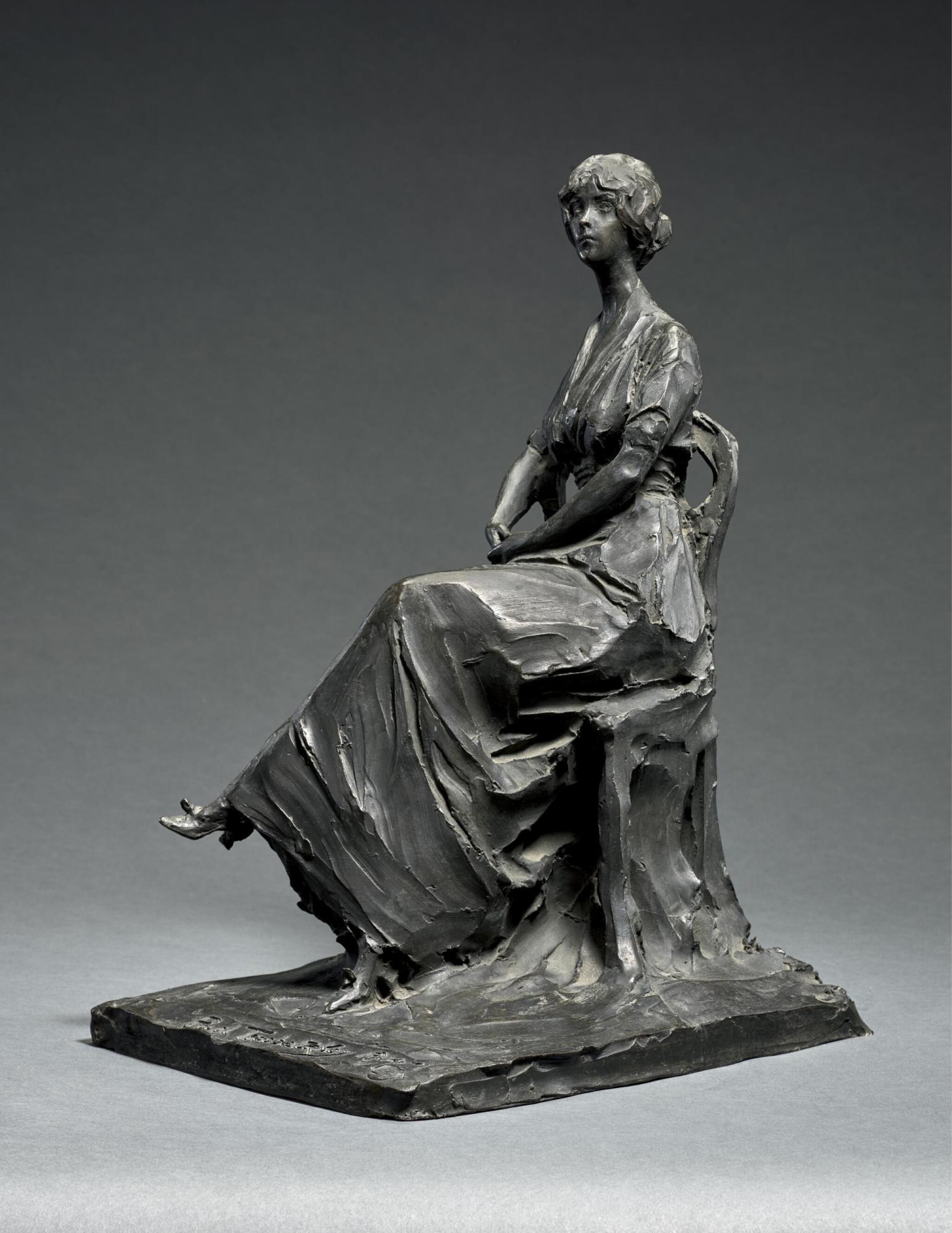 PORTRAIT OF A SEATED LADY

There is dust to the surface, particularly in the crevices, and the surface is a little dry. The bronze would benefit from a light professional cleaning and

waxing. Otherwise the condition is good, with minor wear to the surface consistent with age. There is minor rubbing to the patina at the high points, including the tip of the nose.

Prince Paul Troubetzkoy was uniquely placed to capture the glittering world of the international elite at the turn of the nineteenth to twentieth centuries. His father was an aristocratic Russian diplomat, his mother an American opera singer. He was born at Lake Maggiore in Italy and he spent his professional life between Moscow, Paris and New York. His social status and artistic accomplishment made him a celebrity in his own right, and he was very much part of the world he depicted.

The society portrait was his especial preserve, with a particular emphasis on the seated figure. The pose was an awkward proposition in three dimensions and in the relatively small scale of a statuette, but Troubetzkoy mastered it with aplomb and it became a trademark of his work. In these seated portraits the ease and informality of the pose allows the artist to capture the evanescent charm of a privileged age.

Dated to 1914, the present model is reminiscent of Troubetzkoy's celebrated portrait of Marchesa Luisa Casati from the previous year (Piantoni, op. cit., no. 168). Compare the elegantly elongated neck and limbs, as well as the women's hairstyles. A plaster version of the present model now housed in the Museo del Paesaggio in Verbania Pallanza (inv. no. 83) can be seen in a photograph of Troubetzkoy's Gipsoteca taken in 1966 (ibid., p. 273).