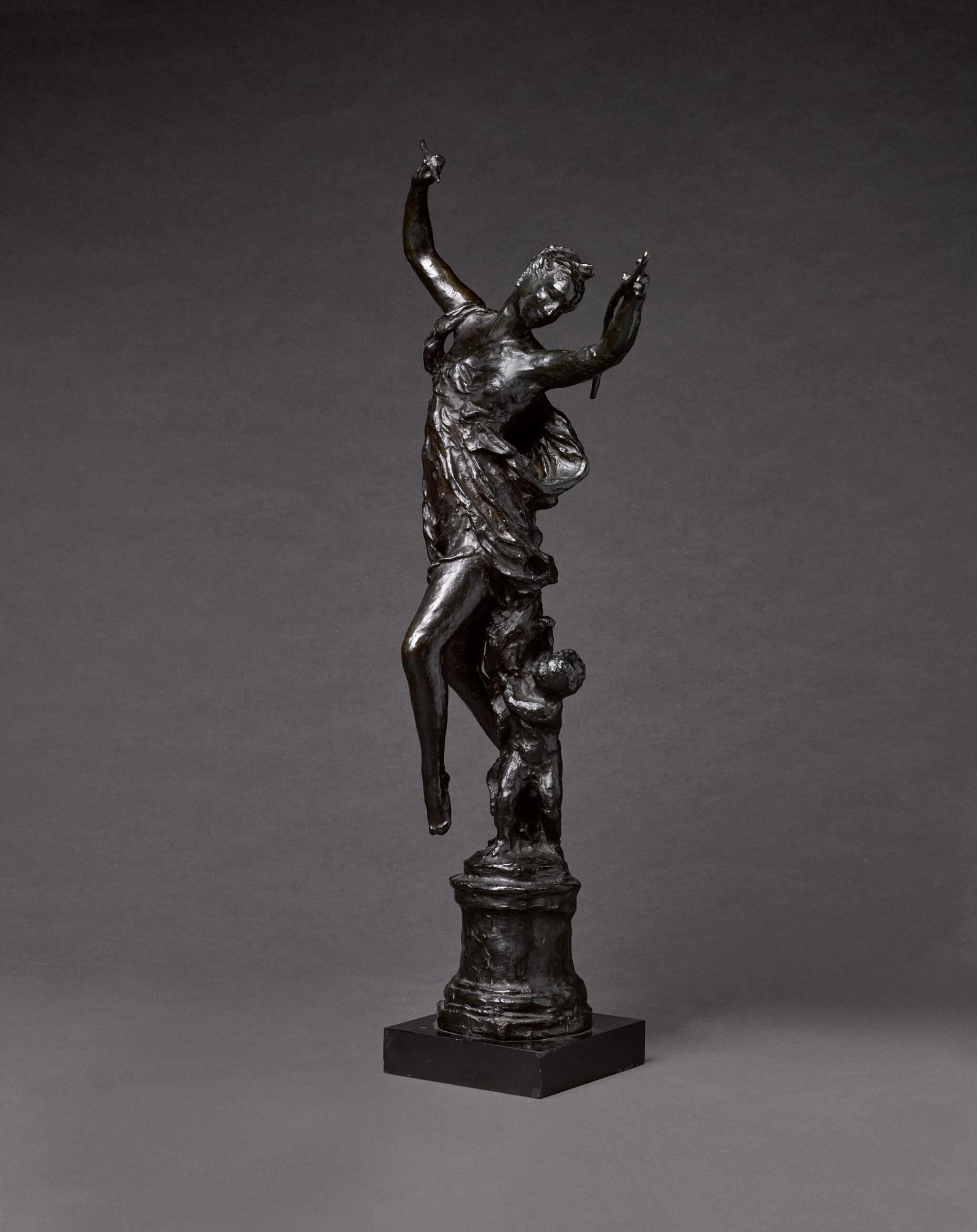 bronze, dark brown patina, on a black slate base

Overall the condition of the bronze is excellent with minor dirt and wear to the surface consistent with age. There are a few very small patches of wear to the patina including to the putto’s nose and proper right side of his cheek. There are a few minor marks to the patina including some very minor greenish marks to the inside of the proper left foot.

This sketch, also known as Psyché désarmant l'Amour, was posed for by Eugénie Fiocre, principal ballerina at the Paris Opéra from 1864 to 1875. Having met Mlle Fiocre at a dinner hosted by the Duc de Morny, Carpeaux modelled her portrait in 1869. The ballerina and the sculptor became friends and it was she who suggested that he model a full length figure of her in her famous role of Psyche. The plaster sketch for the model was exhibited at the Paris Salon by Carpeaux in 1870. The lifesize version in marble, however, was never executed. Carpeaux did produce a 'finished' model, in the same size as the sketch, which was edited by his atelier in bronze and terracotta.

The sketch model was only edited in bronze after the sculptor's death. The Hébrard foundry produced an exclusive edition limited to fifteen numbered casts: according to Poletti and Richarme (op. cit. p. 153), the Hébrard archives indicate that the present cast, numbered 4, was executed in July 1927, and sold by M. Moreau in September 1927. The editions were cast with the permission of Carpeaux's daughter, but it was proposed by A. A. Hébrard, as he felt that the sketch, considering the changes in fashion in the early 20th century, would be more à la mode than the finished model. His reasoning was certainly understandable: the present cast has a lightness of touch, produced by the quick modelling of the original plaster, which lends it a modernist aesthetic.