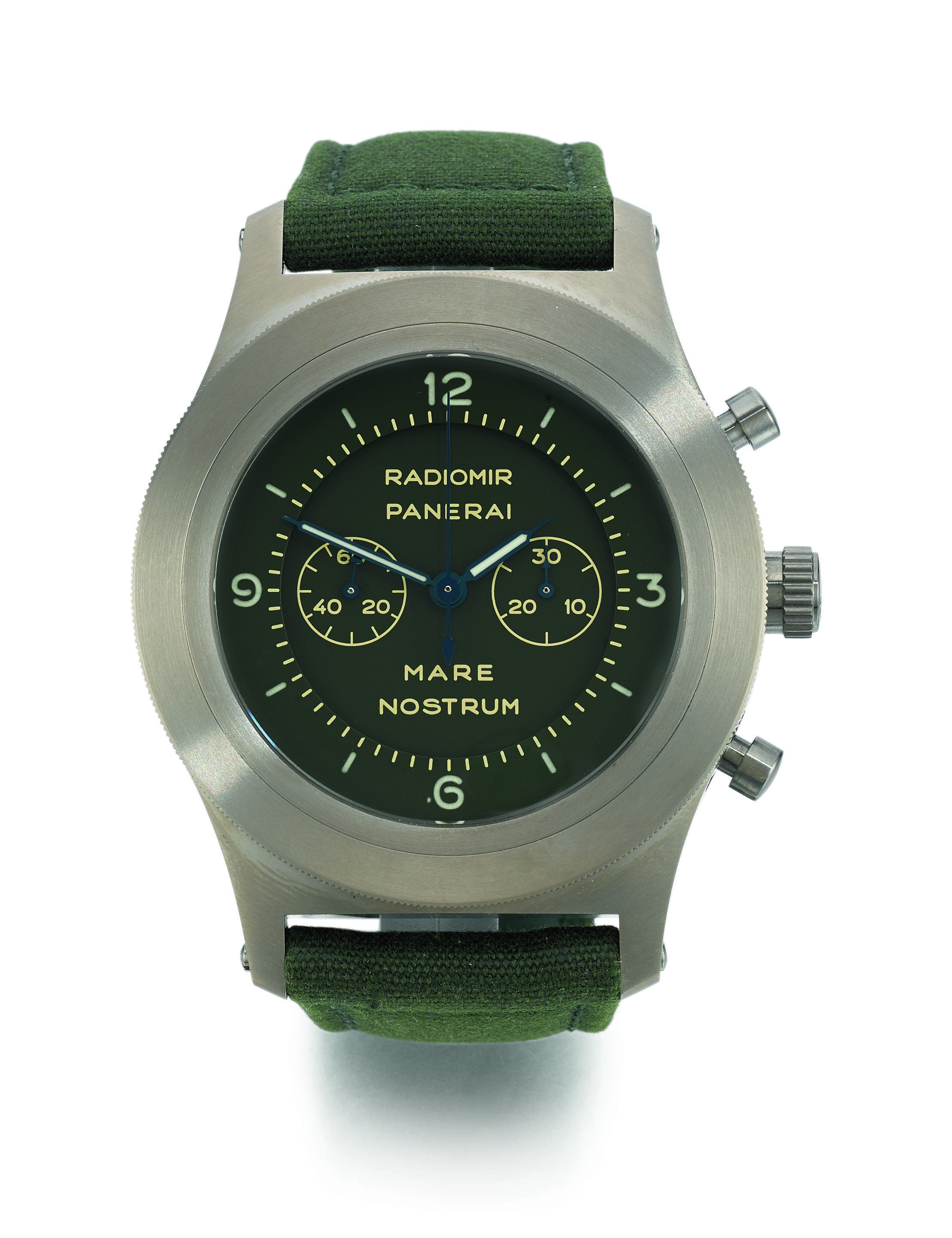 PLEASE NOTE THIS LOT IS SOLD WITHOUT BUYER’S PREMIUM.

This one-of-a-kind prototype revives one of Panerai’s rarest, most highly-coveted timepieces: the Mare Nostrum. The exceedingly handsome chronograph was developed in the 1940’s for Italian Naval officers but, due to World War II, never made it into production. Aside from a handful of original prototypes, the Mare Nostrum became a thing of horological legend until it was reintroduced in 1993. The piece offered here, a prototype for the PAM00300 limited-edition released in 2010, is the most faithful reproduction that has ever come to market. Where modern Mare Nostrums have seen blue, brown or black dials, this watch is the sole model to feature the original’s olive-green dial and fabric strap. And unlike the PAM00300, this prototype employs an ultra-light, brushed-titanium closed-back case at an impactful 52mm — the exact size of the original. The hand-wound mechanical movement utilizes Panerai’s OP XXV caliber with a chronograph function. An icon of Panerai’s maritime roots, bolstered by modern innovations, this is a collectible of singular rarity. The case for this particular prototype of the reknown Mare Nostrum has a titanium case, as opposed to the stainless steel case that went into production.

Case: titanium, screw-down crown and back

This watch comes with free services necessary for the functioning of the watch for 2 years after the sale.

Please note that the above-mentioned free services shall be subject to the conditions as set in the documentation that will accompany each product; Panerai notably reserves the right to refuse the provision of the services for free in the case of damage resulting from inappropriate or abusive use, shocks and crushing.

CASE: in excellent condition with no traces of wear, light scratch on left side of the case at 9 o'clock

MOVEMENT: running at the time of the cataloguing, chronograph starts, stops and resets