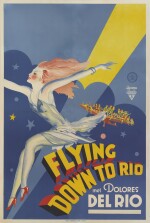 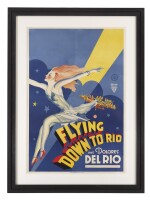 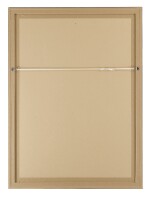 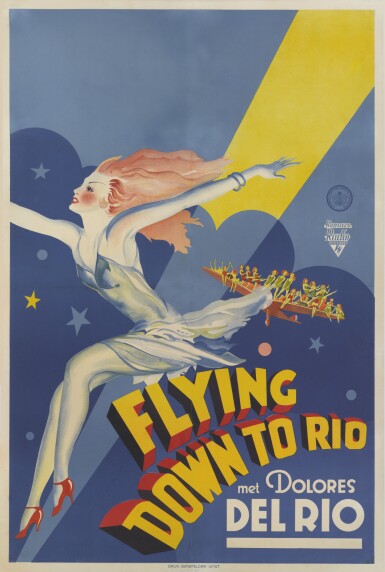 The legendary dancing partnership between Ginger Rogers and Fred Astaire began with 1933’s Flying Down to Rio, a straightforwardly charming screen musical about an ill-starred romance. Though they only had supporting roles, the pair stole the show with their quick-stepping, jazzy number ‘Carioca’. In 1933, the United States was still in the midst of the Great Depression, and the infectious exuberance of Astaire and Rogers’s performances could not have failed to lift the audience’s spirits. Their vivacious dancing was such a delight to watch it prompted a series of nine collaborations in only six years, earning both Astaire and Rogers enduring fame and recognition. Glamorous and airy, the Dutch theatrical poster hones in on the film’s motif of flying. In the foreground a woman in a fairy-like sliver of a dress appears to be gliding through the air. One arm trailing off the page creates the illusion of a boundless night sky beyond the borders of the frame. In the background is an image of the film’s most spectacular scene, in which dancing girls put on a dazzling show while strapped to the wings of a plane.

Only a couple of these beautiful posters are known to have survived.