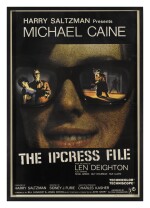 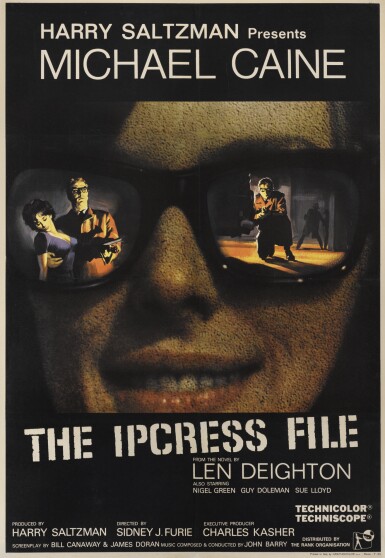 This British espionage film was directed by Sidney J. Furie, and stars Michael Caine as Harry Palmer, in the first of six films to feature Caine as this character. This film won a BAFTA award for best British film.

This is one of the rarest and most stylish British posters of the era. The posters was printed for use in the Commonwealth. The design was unique to this poster and not used for any of the other British posters in the advertising campaign.