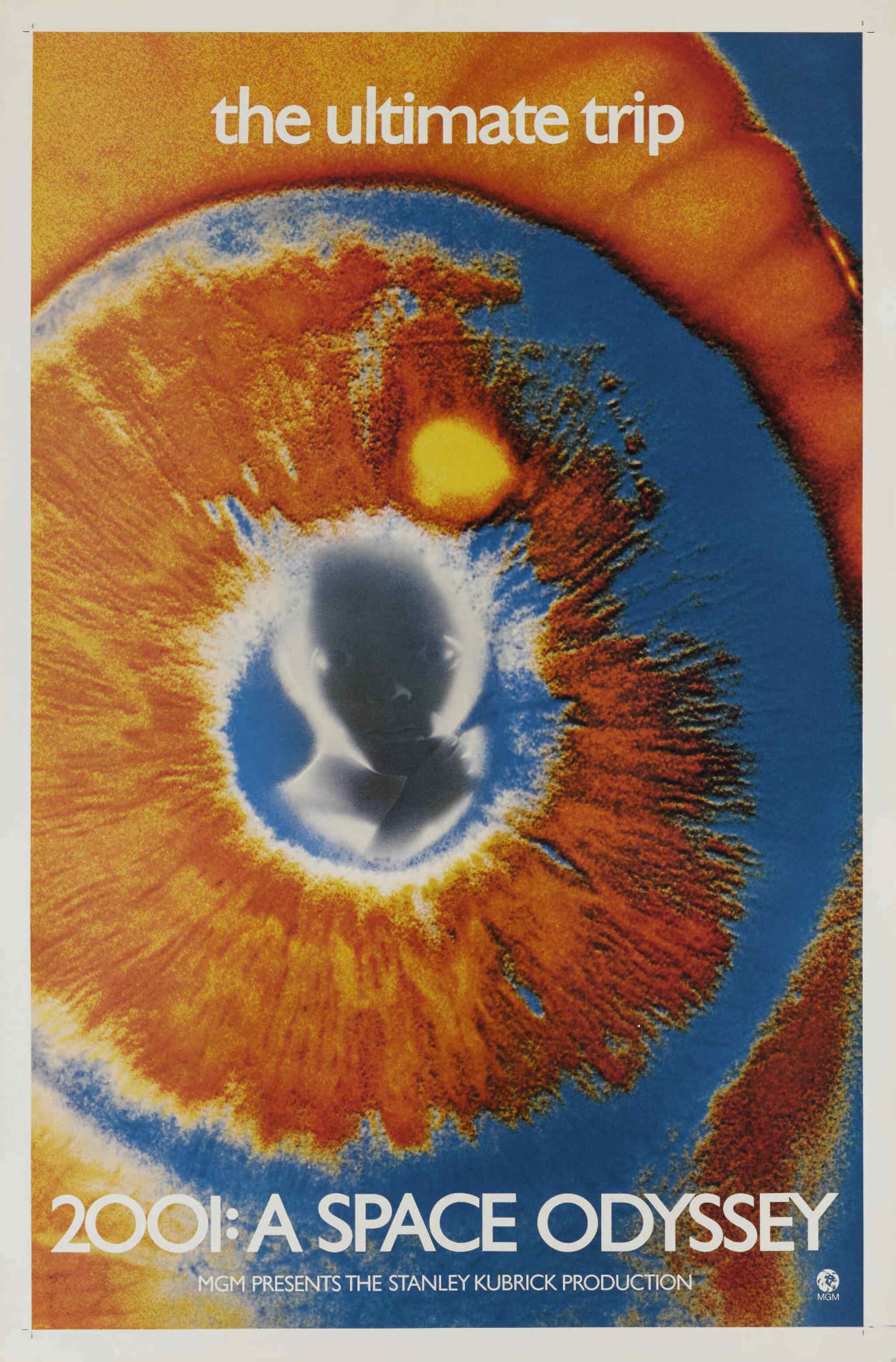 Stanley Kubrick's landmark science fiction film celebrates its 50th anniversary this year. It is still considered one of the most influential sci-fi films of all time.

This US style D poster was created for 'wild' pastings on New York City walls, subways and temporary structures. MGM commissioned this poster for the film's 70 mm re-launch in New York City in 1969. Surprisingly, the initial release of the film was not a huge success. There were two 'wild' pasting posters designed for the 70 mm release, both of which feature the star child and Mike Kaplan's tagline 'the ultimate trip'. This style poster features the star child floating in an iris. The poster really captured the experimental mood of the time, and struck a cord with audiences. The release of the 70 mm film helped to make it a commercial and critical success. This poster is one of the most evocative of its time.

As this poster was designed for 'wild' pasting, it is extremely rare, as only unused posters could have survived. On top of this, fewer were printed as they were only used in New York City and other metropolitan areas. This iconic poster is one of the most highly prized by any collector.