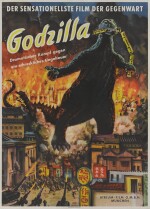 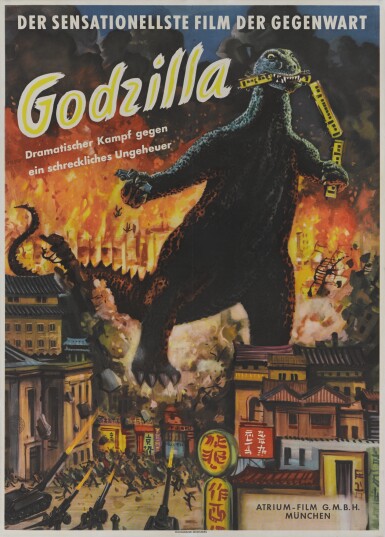 When it comes to film, one of Japan's most famous exports is undoubtedly the sci-fi blockbuster featuring ravenous monsters. The original Godzilla film was released in Japan in 1954. Two years later this film was released in the US and worldwide, titled Gorilla King of the Monsters. It was exactly the same as the original film, but to make it more attractive to an American audience, extra scenes were added, starring Raymond Burr. This 1956 re-worked release of the film had a luke warm reception in Japan, owing to the popularity of the 1954 version.

The artwork on this colourful German poster is unique to the film's release in Germany. It certainly captures Godzilla terrorising the city.