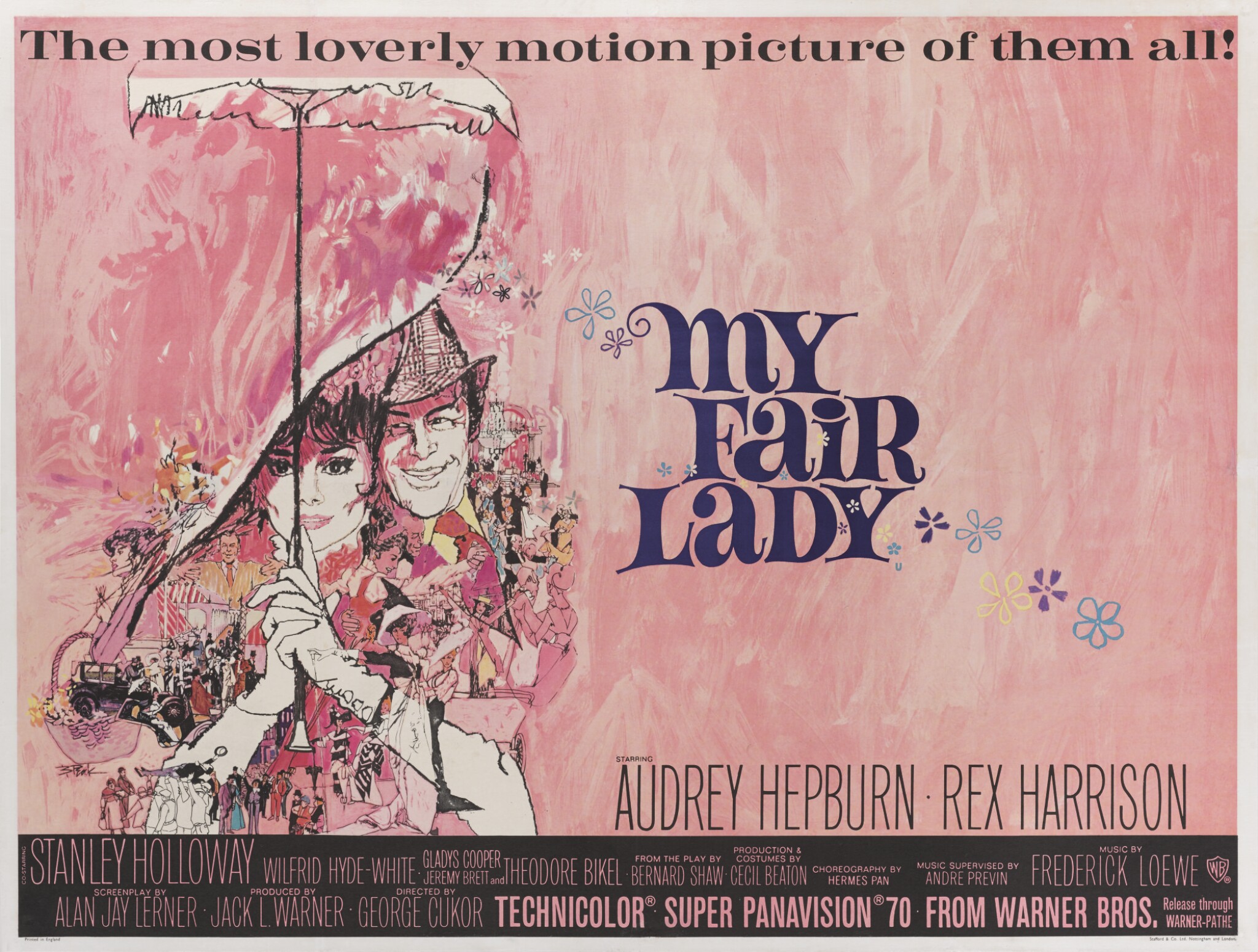 This American musical was written by Alan Jay Lerner and directed by George Cukor. It was an adaptation of the famous stage musical, which was based on the 1913 stage play Pygmalion by George Bernard Shaw. The film stars Audrey Hepburn as Eliza Doolittle, and Rex Harrison as Professor Henry Higgins, and features fantastic musical numbers. The film won eight Academy Awards.