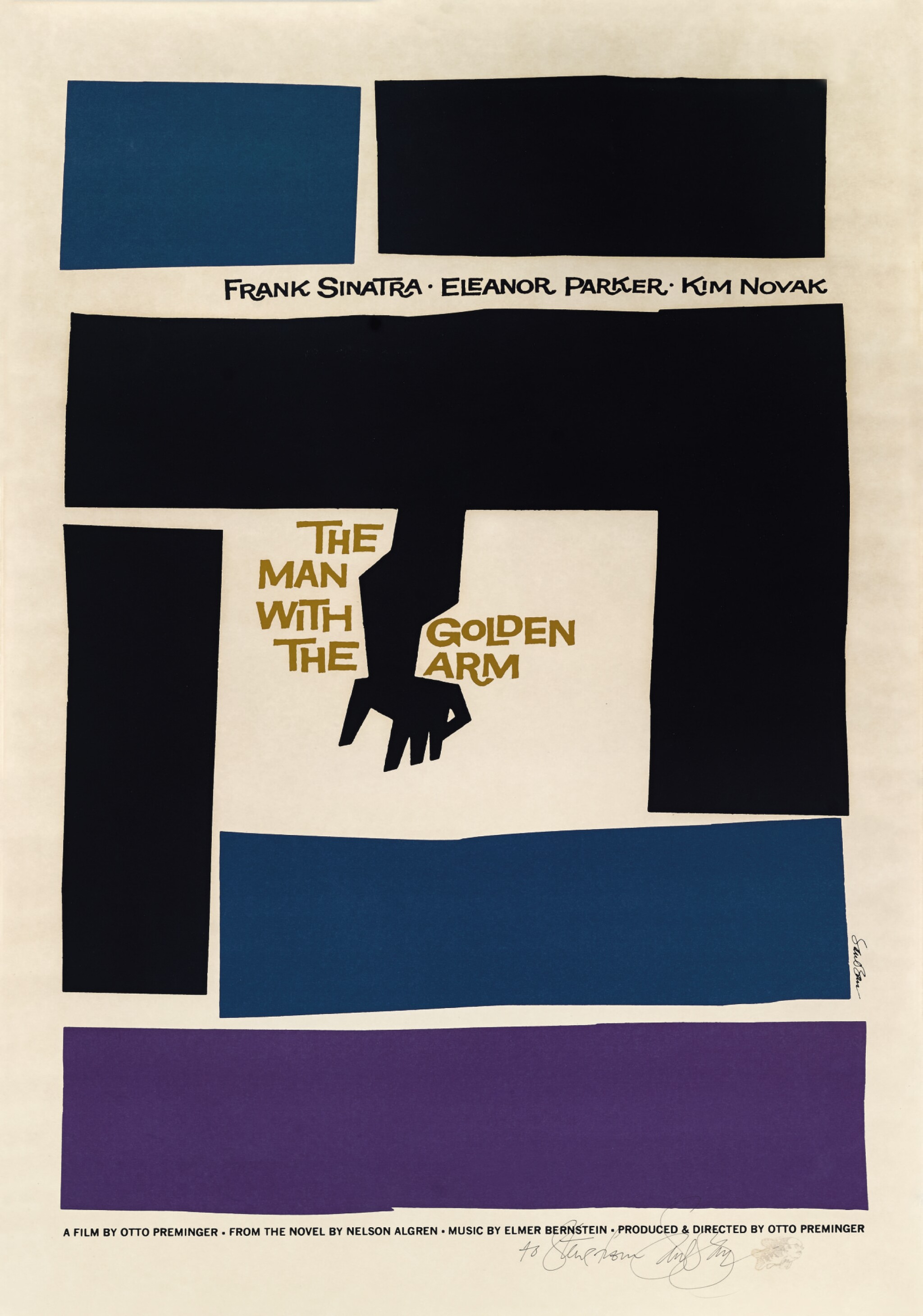 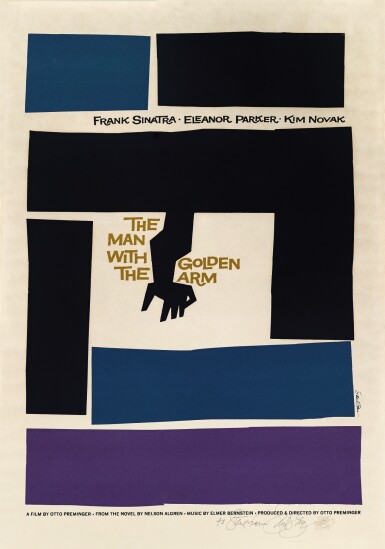 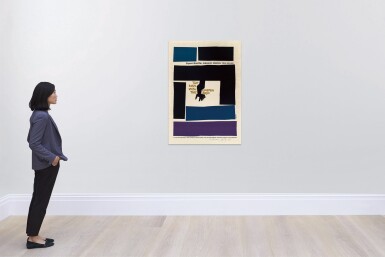 This film was directed by Otto Preminger and stars Frank Sinatra, Eleanor Parker and Kim Novak. The film was extremely controversial at the time of its release, as it dealt with drug addiction in a very real way.

When it comes to graphic artists, the name Saul Bass is as big as they come. In the 1950s, however, when Bass was already well into his career, his name did not yet hold the sway it does today; unable to comprehend how one could fail to feature the main stars, Frank Sinatra and Kim Novak, on the poster, the studio insisted that he incorporate them into the design for the main US poster, which would be mainly used to advertise the film. Bass was allowed to keep his original design on the billboard poster and the banner. At the premiere of the film a nine foot installation of the stylised jagged arm that Bass created was on display.

This is an exceptionally rare Saul Bass poster. It was designed and printed for Saul Bass's own use in his portfolio in the way in which he had originally wanted the studio film poster to appear. Bass gave a number of these posters to friends and colleagues, and the family still have the majority of the ones that were printed. This poster is signed by Saul Bass, and next to his signature is his personal stamp.