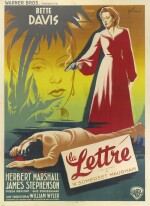 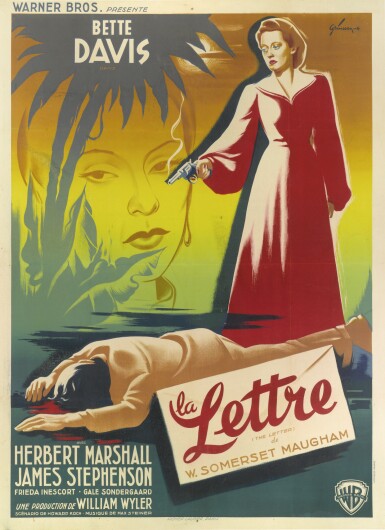 This film was directed by William Wyler, and stars Bette Davis, Herbert Marshall and James Stephenson. The screenplay by Howard E. Koch is based on the 1927 play of the same name by W. Somerset Maugham. This classic film noir was nominated for seven Oscars. Bette Davis gave a brilliant performance and was nominated for Best Actress, which she lost to Ginger Rogers in Kitty Foyle. The director William Wyler was also nominated for an Oscar, which went to John Ford for The Grapes of Wrath. This was certainly a very tough year. This film was also up for the Best Picture of the year, and missed out to Alfred Hitchcock's Rebecca.

The wonderful artwork by Boris Grinsson brilliantly captures the sinister Bette Davis, gun in hand, with the silhouette of Geoff Hammond's widow looking in the background. This is undoubtedly the best looking poster on this classic 1940s film noir.