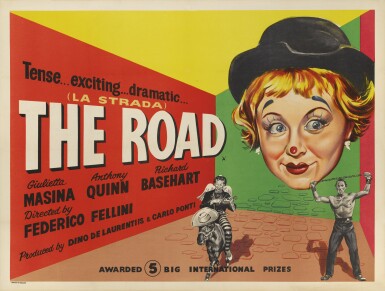 This film was directed by Federico Fellini from his own screenplay, which he co-wrote with Tullio Pinelli and Ennio Flaiano. The film stars Anthony Quinn and Giulietta Masina. In 1957 the Academy Awards introduced Best Foreign Language Film, which La Strada won.

This is a very rare British poster. This film would have only been shown in small select group of cinemas in the UK.