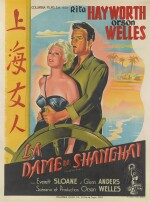 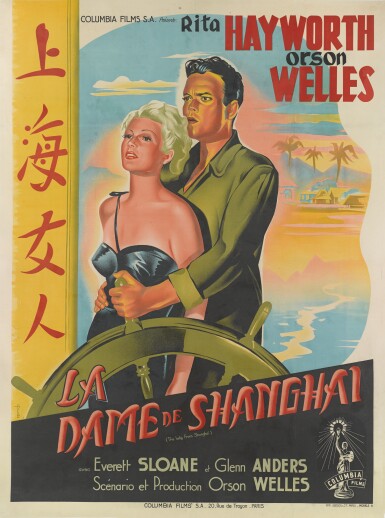 While discussing Orson Welles, Marlene Dietrich once famously remarked 'people should cross themselves when they say his name'. Indeed, Orson Welles remains one of the greatest film makers of all time. In 1948 Welles made this film with Columbia Studios, which he both directed and starred in. A classic film noir, Welles was given complete artistic freedom over the project until studio boss Harry Cohn saw the final print. Judging the dialogue too old fashioned and confusing, Cohn had the film completely re-dubbed, re-edited and re-scored before its final release.

Constantin Belinsky beautifully captures Rita Hayworth being held by Orson Welles who is steering the yacht. To add to the atmosphere there is stylised Chinese writing down the left-hand side of the poster.