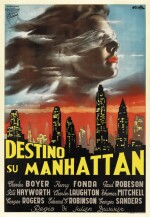 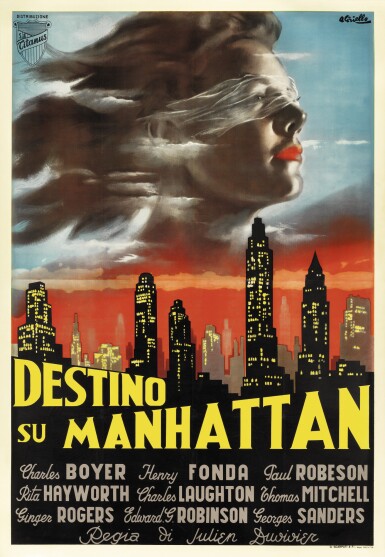 This film was directed by Julien Duvivier, and was written by a total of thirteen writers, all of whom worked on a total of six separate stories. The idea was based on Francisco Rojas González's novel, Historia de un Frac (Story of a Tailcoat). The stories follow a black formal tailcoat on its journey from owner to owner, and the effect that it has on each of their lives. Although six stories were written, only five were used in the film, because of the restraints of the running time. The film has a stellar cast including Charles Boyer, Rita Hayworth, Ginger Rogers, Henry Fonda, Charles Laughton, Edward G. Robinson, Paul Robeson and Ethel Waters.

Italian artist Averardo Ciriello created one of the most striking posters on this film.

This large poster was designed for billboards and printed in two sheets. Only unused copies survived, of which there are only a few known.