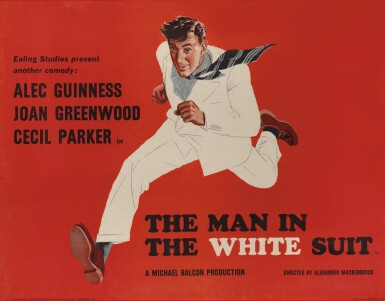 This classic Ealing Comedy came out a few months after the successful The Lavender Hill Mob, and again starred Alec Guinness with Joan Greenwood and Cecil Parker.

The designers for this poster created an extremely striking and iconic poster for this Ealing comedy. The image was chosen for the front cover of the book Projecting Ealing, published by the British Film Institute in 1982.