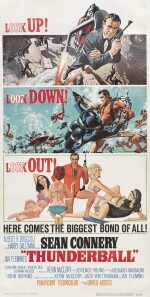 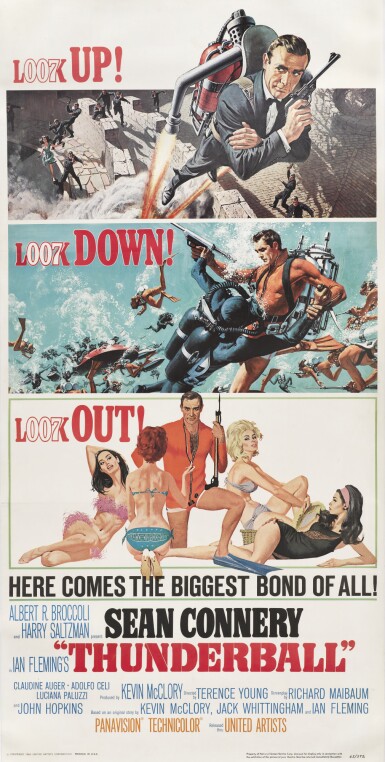 This was the fourth in the James Bond series, and stars Sean Connery. The film was directed by Terence Young, who had directed the first Bond film, Dr. No, and the second film, From Russia with Love. James Bond films are well known for their gadgets. This film is no exception with the introduction of Bond's Bell Rocket Belt (developed by Bell Aircraft Corporation).

This large American billboard poster was printed in two sheets, and the only way to display it was to paste it onto billboards. Therefore only unused copies survived.