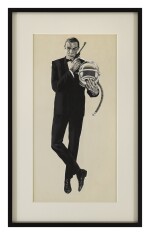 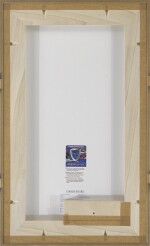 This was the fifth time that Sean Connery would play James Bond 007. Owing to the success of the previous films, three different British posters were designed for this film.

This original painting was used for the design on the advance French poster. It has the classic image of Sean Connery in a tuxedo with his right arm across his body, holding his gun, which was first seen on the British poster for From Russia with Love in 1963. This image of James Bond has become synonymous with 007. The same image appears alongside the credits on all three of the British posters for this film. However, the French distributors had Joseph Benari re-work this image of Bond in his own style. This rare artwork came from the home of the artist, who had done several commissions for United Artists. After Joseph Benari passed away the folio containing this artwork was left to his wife, and on her death in 1978 their daughter inherited it.

This piece is unique as it is the finished artwork for the French advance poster. The majority of original artworks were discarded by the studios, and it is therefore very rare to find one. Original Bond artworks are especially sought after by collectors.