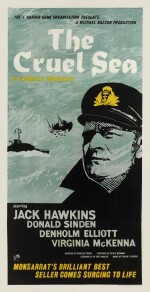 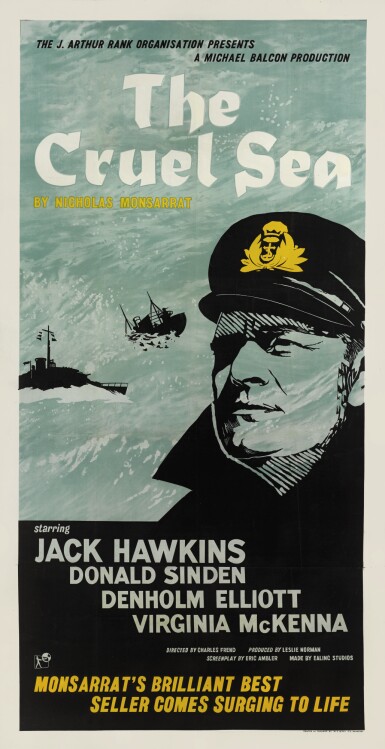 This Ealing Studios war film was directed by Charles Frend, and stars Jack Hawkins, Donald Sinden, Denholm Elliott, Stanley Baker, Liam Redmond, Virginia McKenna and Moira Lister. It was based on the former naval officer Nicholas Monsarrat's best selling novel, and was made just seven years after the end of World War II.

Very few of these rare British posters are known to have survived. As it was printed in two sheets, the majority were pasted to billboards, and therefore only unused copies survived.