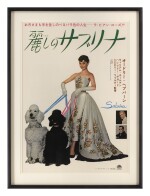 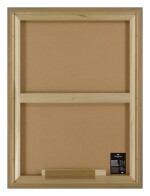 This beautiful film was directed by Billy Wilder, and was an adaptation of the screenplay Sabrina Fair, written by Samuel A. Taylor. The play ran on Broadway in 1953. The film stars Audrey Hepburn, Humphrey Bogart and William Holden. The famous costume designer Edith Head won an Oscar for Best Costumes, but it was rumoured that most of Hepburn's outfits had been created by Hubert de Givenchy, who became a close friend of Hepburn.

This artwork is unique to the film's Japanese re-release in 1965, and is one of the best images from the film's worldwide poster campaign.