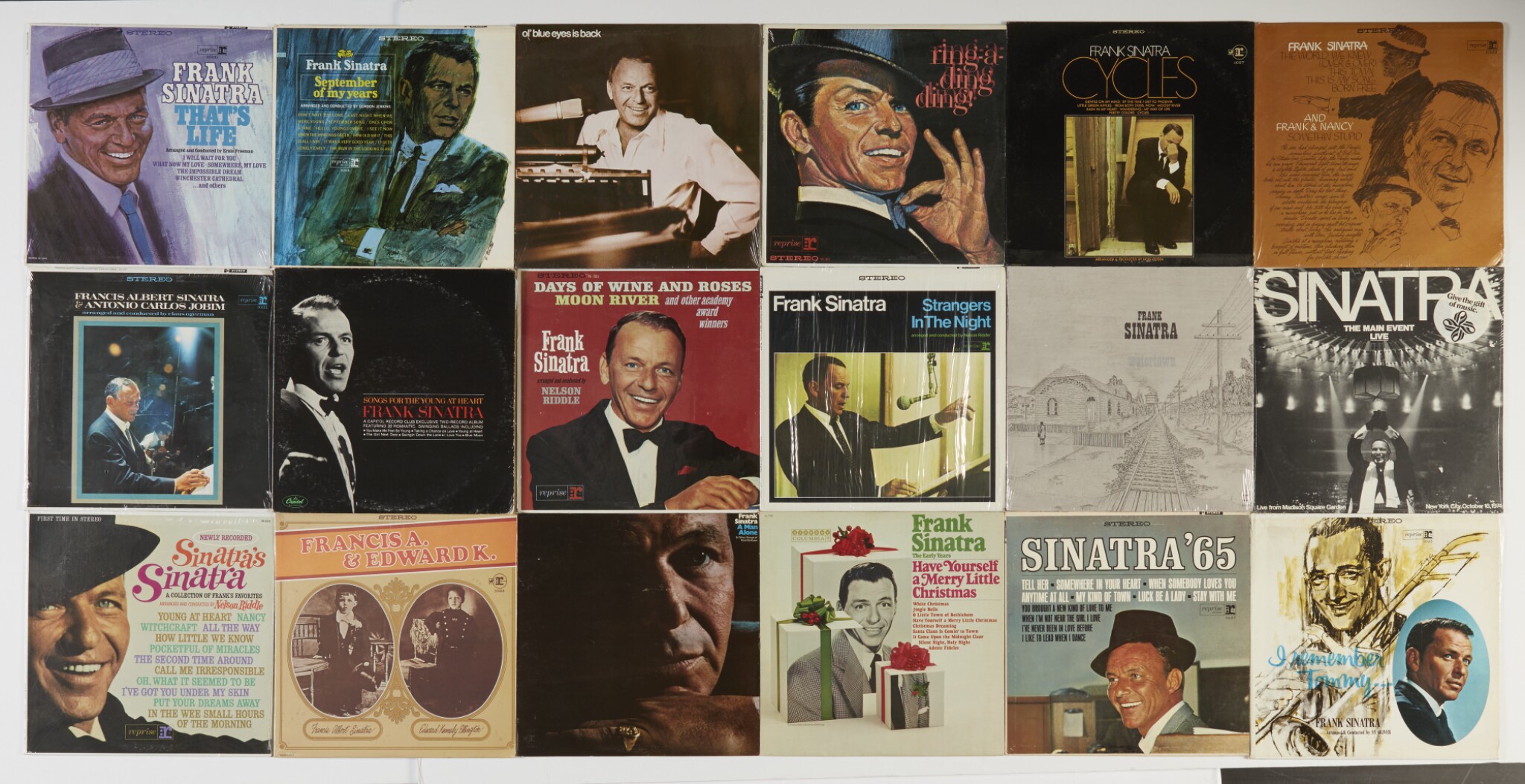 Approximately 100 LPs in sleeves including classical recordings, albums by Lena Horne, numerous copies of works by Barbara Streisand and some 40 by Frank Sinatra (almost all later pressings). Many still sealed, covers in very good or better condition.

Frank’s personal copies of his own work, including such classics as Sing Along with Me, Ring-a-Ding Ding Ding, Ol’ Blue Eyes is Back, September of My Years, Come Swing with Me and Strangers in the Night.

In very good or better condition.