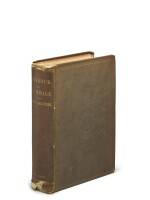 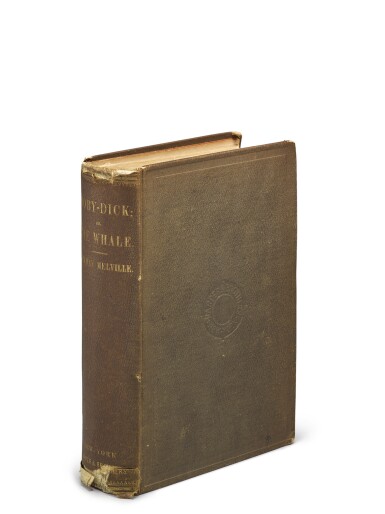 The first American edition of Melville's greatest achievement, this edition contains 35 passages and the "Epilogue" not present in the English first edition. It sold poorly and copies remained with the publisher. In 1853 a major fire destroyed the Harper & Brothers warehouse and with it some 297 copies of this volume; few, perhaps no more than 60 survived.