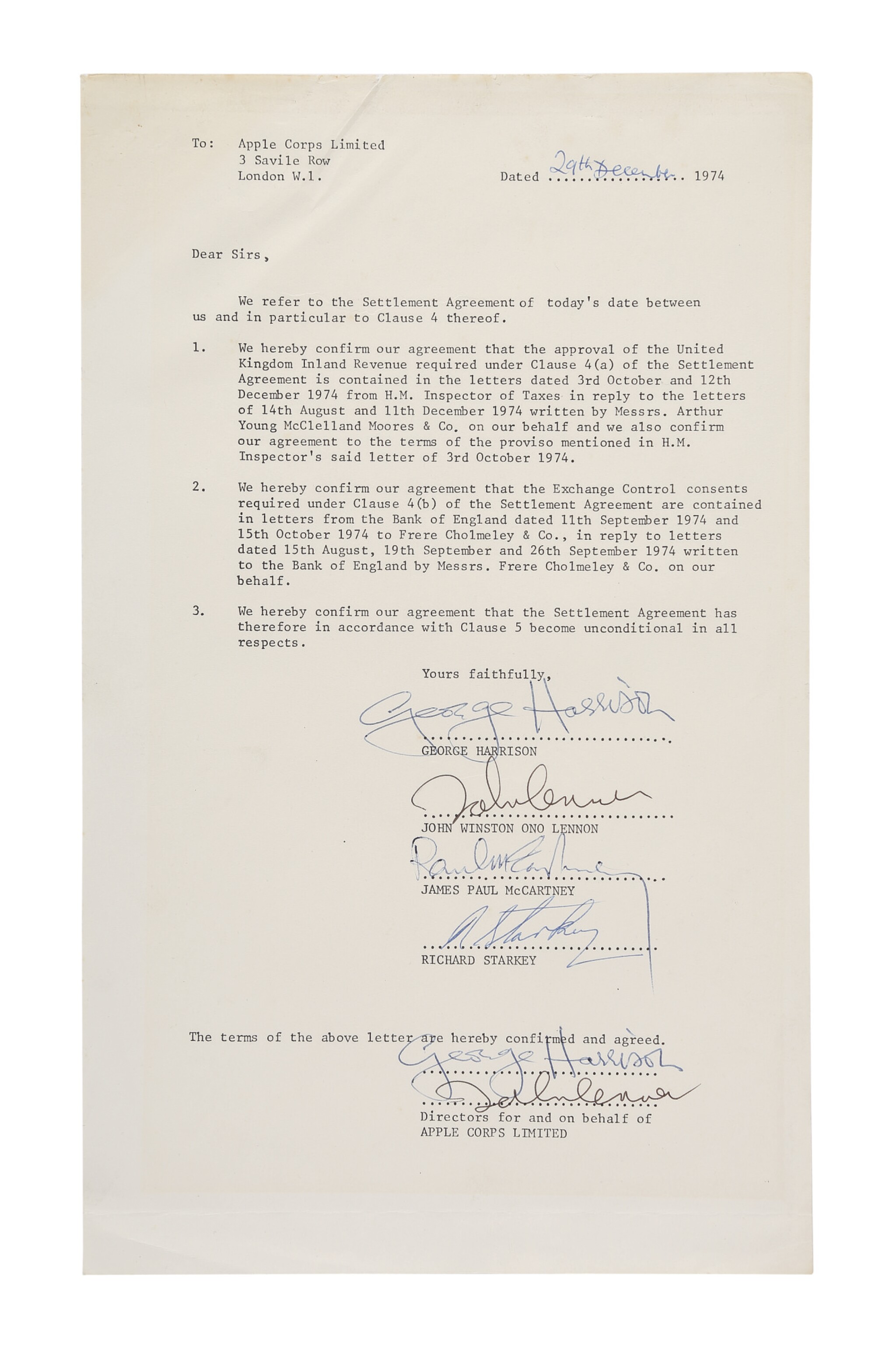 Apple Corps Ltd was formed in January 1968 in an effort to consolidate the band's interests, and protect their earnings against the considerably higher individual tax rates. John and Paul visited The Tonight Show shortly thereafter, and of their new business venture John said: "Our accountant came up and said 'We got this amount of money. Do you want to give it to the government or do something with it?' ... So we decided to play businessmen for a bit because we've got to run our own affairs now." The band's collective ignorance of finance and administration lead to extreme mismanagement and financial excess in the early days: gourmet lunches, drugs, and alcohol were regularly treated as business expenses, and the Apple Corps offices have been described as "somewhere between a conventional entertainment business and a hippy nirvana."

For all intents and purposes, The Beatles had ceased to exist as a cohesive creative entity in 1969 when John informed his band mates “I want a divorce”, but it only became public in 1970 with Paul's announcement that he was leaving the band. The breakup was fueled by grief over the death of longtime manager Brian Epstein and escalating tension with respect to collaboration and songwriting: John was growing increasingly experimental in his tastes, Paul was still fully committed to pop music, and George found that there wasn't space for his newfound commitment to songwriting.

In initiating the formal dissolution of The Beatles, the band was opening itself up to enormous tax liability, and it would ultimately take years to untangle their business interests, and agree upon the terms governing the dissolution of their partnership. By 1974, after years of litigation, the band had reached an accord, and the documents were supposed to be signed on 19 December at a meeting at the Plaza Hotel in Manhattan (where The Beatles had stayed during their first trip to the United States). McCartney and Harrison were there in person, while Starr, having already signed the document, was on the telephone. Although Lennon lived a short distance from the Plaza, he left his former band mates waiting, purportedly giving the excuse: “the stars aren’t right” (in reality his absence was due to lingering concerns over taxation). Ten days later, the stars aligned in Disney World of all places.

On 29 December, a lawyer met a vacationing John with the amended contract in Florida. The moment was captured by John’s partner May Pang, who remarked that Lennon “looked wistfully out the window” before signing underneath his band mates’ signatures. Of this potentially divisive moment, Pang further noted: “The friendship was still there. They were brothers. There was no animosity. And even though they all felt they had to break up to get to the next level of their musical careers, John had started this band that changed the world … So, when he sat down to sign, he knew that this was it. His was the last signature. As he had started the group, he was the one to end it."

Signed legal documents relating to critical moments in The Beatles' career are quite desirable — their 1962 managerial contract with Brian Epstein achieved £365,000 in 2015, and McCartney's 1970 Affidavit initiating the lawsuit that would break up the band achieved $125,000 in 2018.