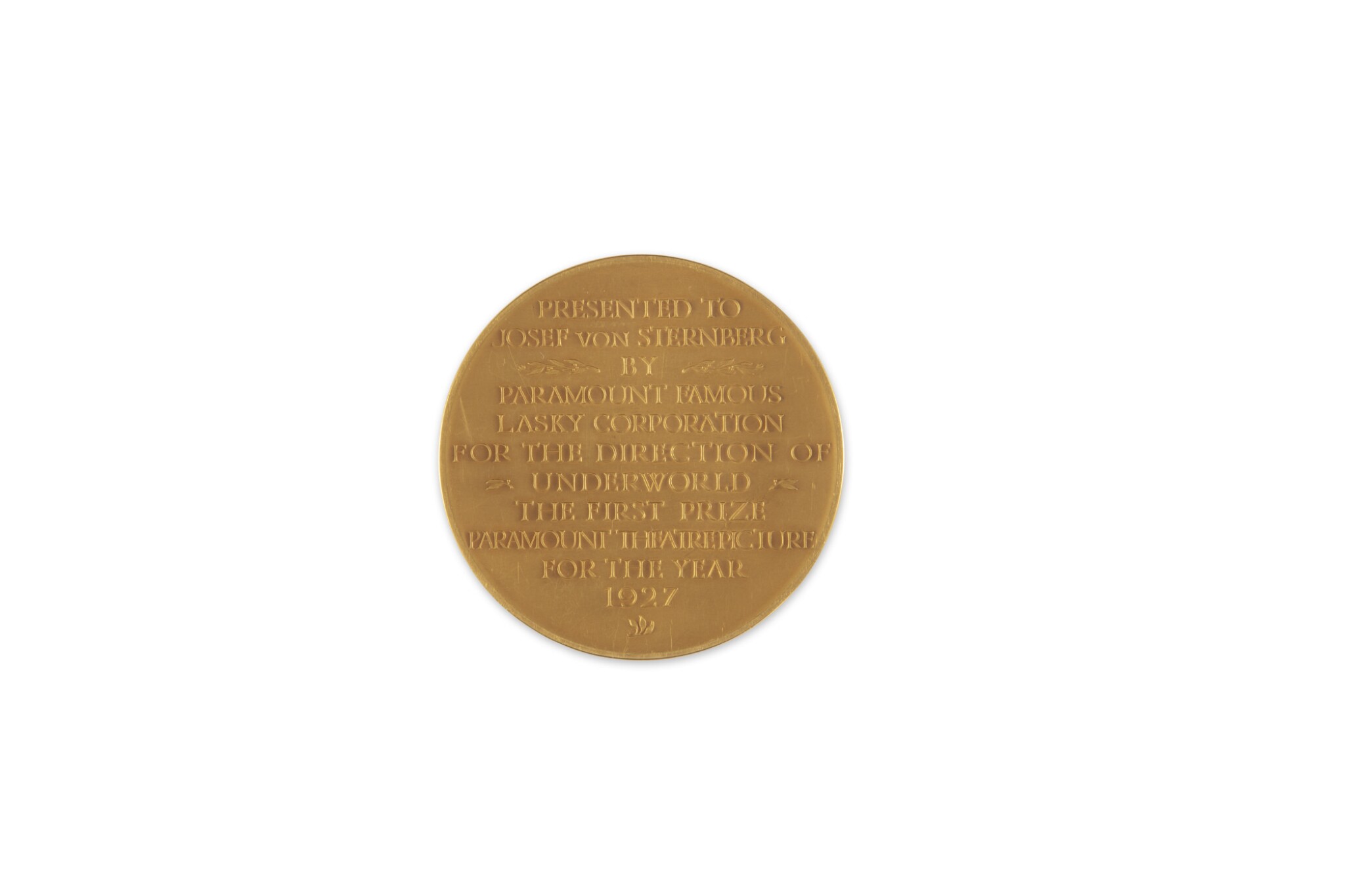 Property from the Collection of Josef Von Sternberg

A gold medal presented to film auteur Josef von Sternberg in recognition of the tremendous success of Underworld— alternately described as the first gangster film, and the first film noir

Underworld (1927), was a groundbreaking silent crime film from the Austrian-American director Josef von Sternberg. It was the first of his projects under the auspices of Paramount Pictures, and the enthusiastic reception of audiences catapulted him into overnight fame. In his autobiography the director referred to Underworld as “an experiment in photographic violence and montage." Indeed, the film introduced a number of innovative strategies that would be employed in crime films for decades to come: exploding bank windows, squad cars speeding through dark city streets, and a diffusion of gunfire, smoke, and neon.

The film's initial release was only slated for one theater, the Paramount Theater in New York, which was quickly forced to arrange all-night screenings to accommodate the crowds of movie-goers. Underworldwould eventually gross $753,000 in the United States alone. In recognition of this success, Paramount gave von Sternberg a $10,000 bonus, and this gold medal. In the years that followed, von Sternberg would apply his stark and stylish sensibility to a series of collaborations with Marlene Dietrich (see following lot), and cement his legacy as one of the first film auteurs.

The film that established the gangster genre in Hollywood