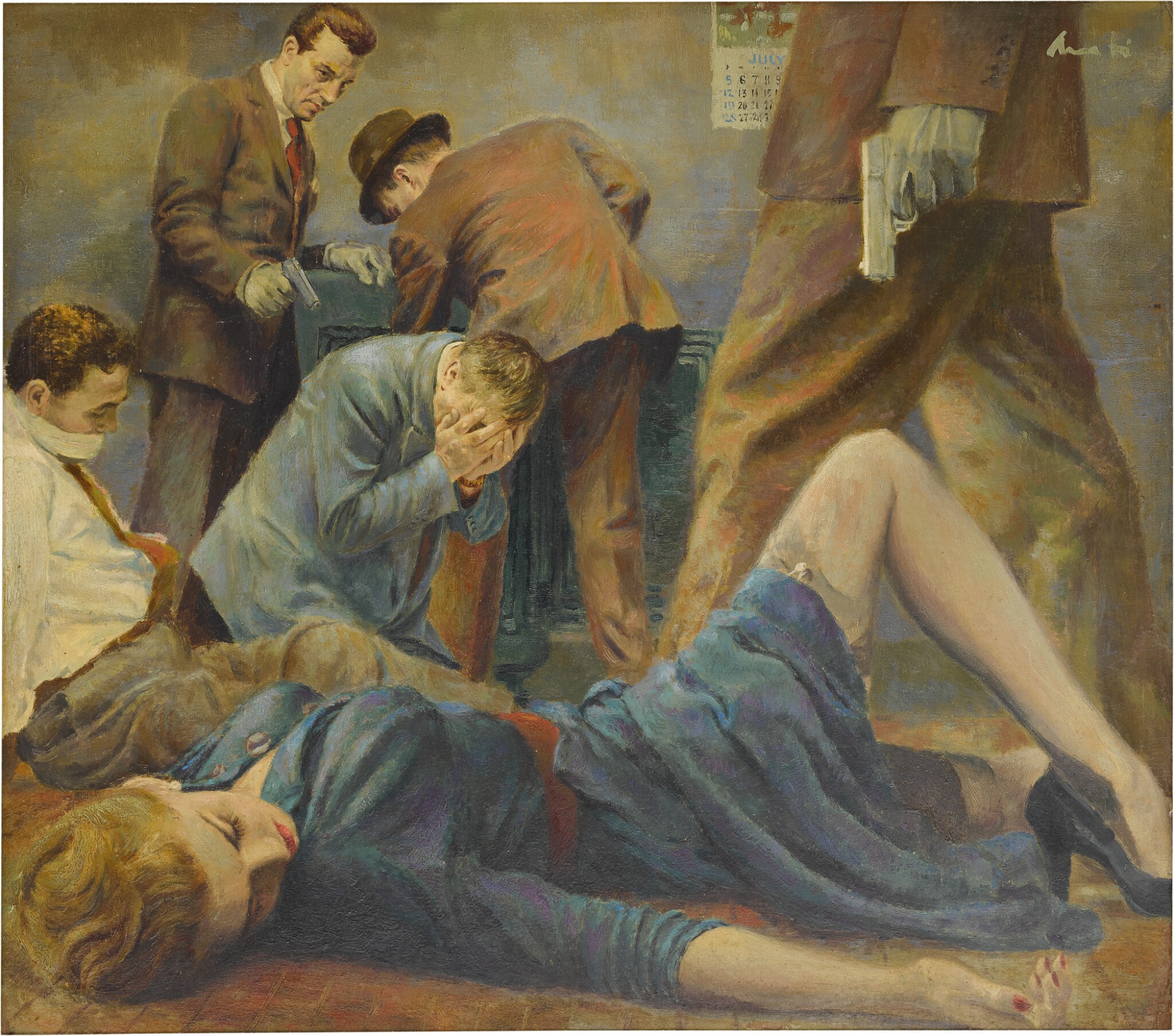 James Avati (1912-2005) was an influential American paperback cover illustrator, whose work with The New American Library had a lasting impact on the art of the paperback. The cover of The Hoods presents a frenetic and lurid composition of beiges and greens, with "Noodles" and his accomplices in the midst of perpetrating a robbery. A 1954 article in Harper's articulated the genius of Avati's work: "His accomplishment is not just to reproduce the real ... but to frame it emotionally, in a way that defines the book inside without letting a prospective reader feel it is defined too completely to bother with." The Hoods is perhaps his best work after his paperback cover for Catcher in the Rye (which sold at Heritage Auctions in 2010 for $21,510).

Written by Hershel Goldberg (under the pseudonym Harry Grey), The Hoods was marketed as a semi-autobiographical account of gangster life in New York, which Goldberg allegedly began while serving time in Sing Sing. It's unclear how much of the narrative is fictionalized, but the reader would be wise to treat much of Goldberg's account with a healthy amount of skepticism (the author admitted as much: "As a factual, biographical piece? Nah, no good. The actual facts would land me and everybody else in jail."). The mystery surrounding the author and the particulars of his life and crimes fit neatly into the lurid world of mid-century pulp, and the paperback was indeed a commercial success.

The Hoods would later serve as the textual inspiration for Sergio Leone's film epic Once Upon a Time in America (1984). In his adaptation, Leone wanted “to reconstruct the America of Harry Grey exactly as it was, through his eyes. Speakeasies, synagogues, opium dens and everything”. Goldberg's character, "Noodles' was played by Robert De Niro in a career-defining performance.