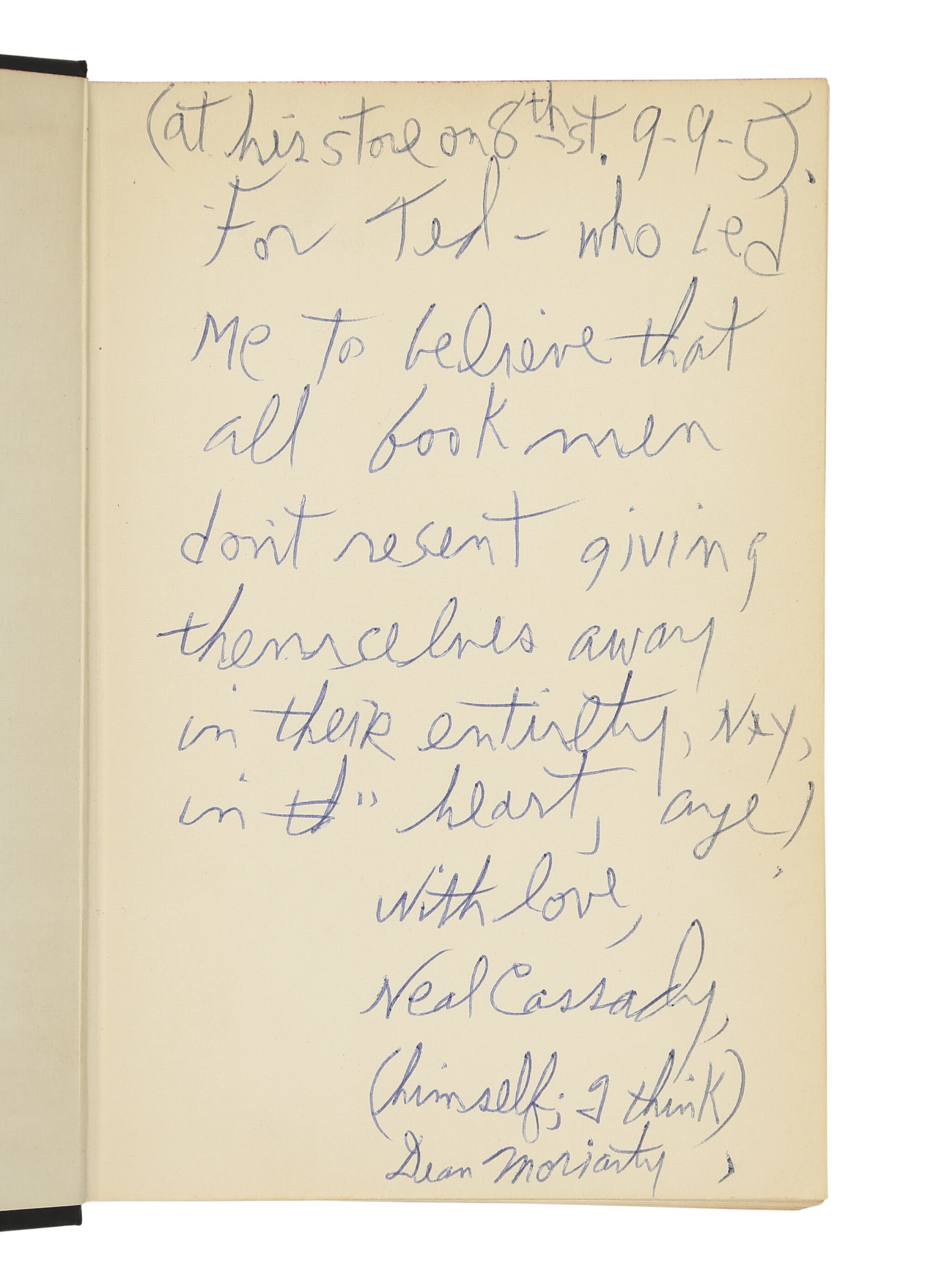 The inscription in Cassady's scrawling hand covers the front free endpaper. "(at his store on 8th st. 9–9–5). For Ted — who led me to believe that all bookmen don't resent giving themselves away in their entirety, nay, in their heart, aye! with love, Neal Cassady, (himself; I think) Dean Moriarty." Wilentz was known for his generosity to both Jack Kerouac and Neal Cassady, giving them both numerous loans which were never repaid, in addition to feeding them and standing them rounds of drinks at the Cedar Tavern.

In addition to owning the Eighth Street Bookshop with his brother Eli, the Wilentz brothers founded Corinth Books in 1959, publishing volumes of poetry by LeRoi Jones, Diane di Prima, Charles Olsen, as well as Ginsberg and Kerouac.

On the Road was published 5 September 1957. Cassady inscribed this copy to Wilentz a mere four days later. A poignant souvenir of the camaraderie of the Beat era.