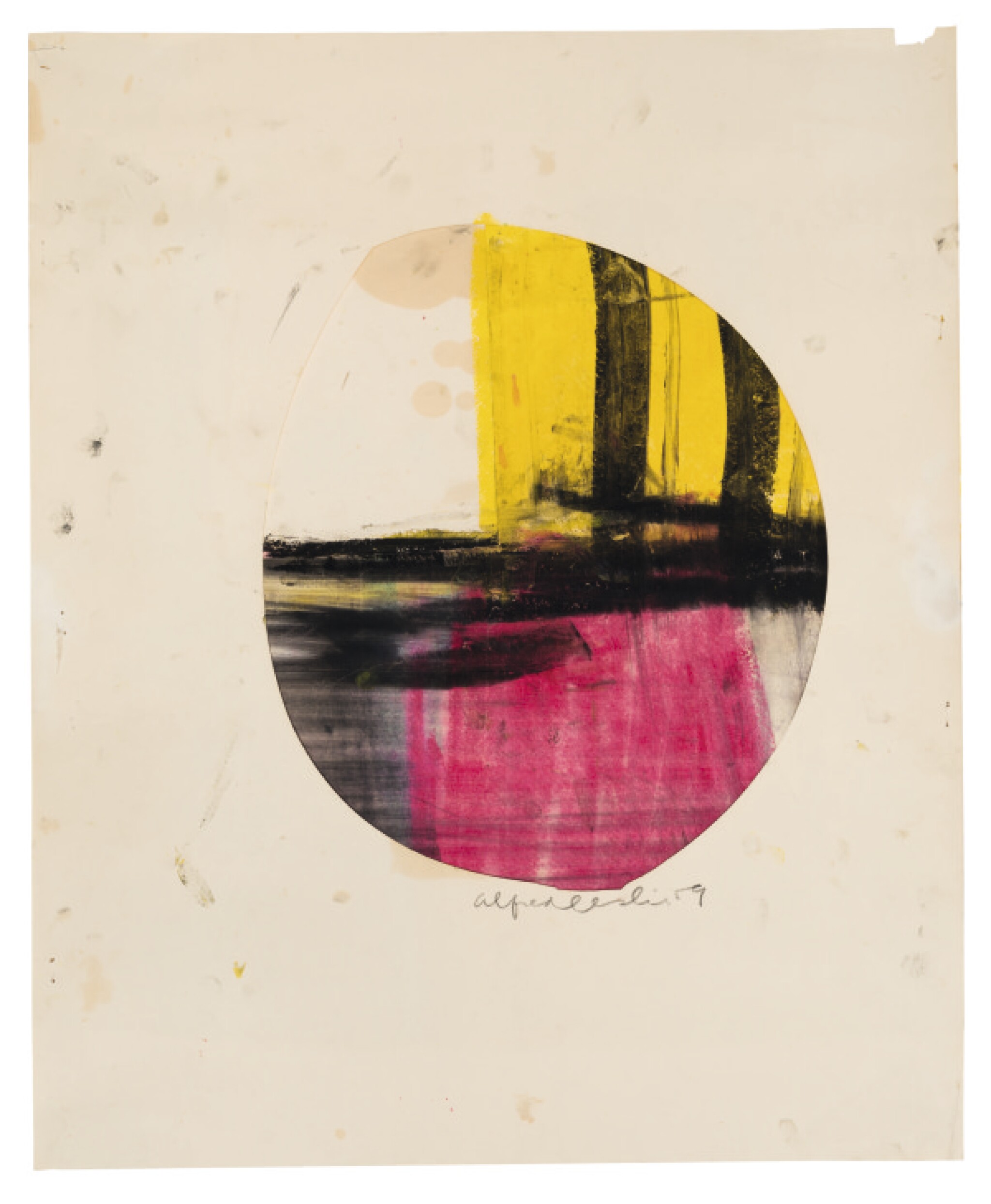 crayon, gouache and collage on paper

This work is in very good condition overall. All elements are present and stable. There is an undulation to the sheet. There are stray media and handling marks throughout, likely inherent to the artist's working method. There are staple puncture marks to the edges of the sheet. There are tears measuring ½ and ⅛ inches to the upper left corner, and a 1 inch tear to the upper right corner, which appears to be from a staple puncture mark. Framed under Plexiglas.

Leslie emerged as part of the second generation of Abstract Expressionists, who included Joan Brown, Al Held, Norman Bluhm, Michael Goldberg, Grace Hartigan, and Joan Mitchell. Leslie’s canvases embody the artist’s energetic execution, with layers of color accented by hard right angles, marking the path of Leslie’s aggressive brushstrokes. His collages of the 1950’s, like Oval Collage pictured here, demonstrate the artist’s uniquely geometric style and inventive methods— sharp bands of color bisected with ragged pieces of paper and board, often fastened with tape, staples, nails, rivets and a variety of paint-types. According to Allan Stone, who was a significant proponent of the artist, “Leslie’s work has an indisputable signature: the architecture, the wielding of the loaded brush, and the consistently present double vertical bands. Whether it is a large oil on canvas or a miniature collage, Leslie’s work is immediately identifiable.” Leslie was part of the historic Ninth Street Show, curated by Leo Castelli in 1951 and was included in the Museum of Modern Art’s 16 Americans exhibition in 1959. His movie Pull My Daisy, co-directed with Robert Frank in 1959, was inducted into the National Film Registry in 1996. Leslie is a recipient of the 1968 grant from the National Endowment for the Arts, a 1969 Guggenheim Fellowship, and a 1994 Award of Merit Medal for Painting from the American Academy of Arts and Letters, and a Lee Krasner Award in 2018. His work is in the collections of the Museum of Modern Art, Whitney Museum of American Art, Walker Art Center, and Art Institute of Chicago, among others.