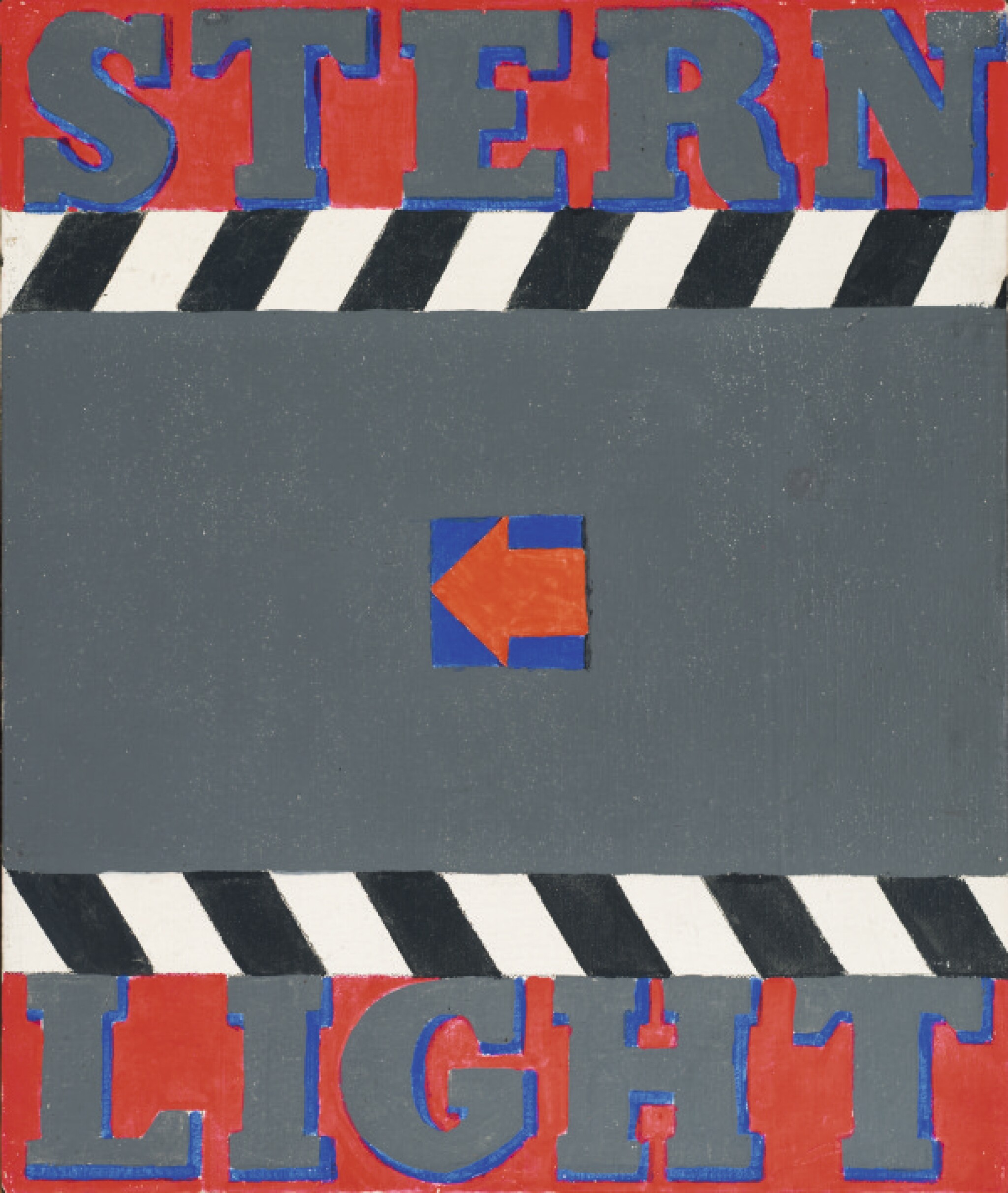 oil and graphite on canvas

This work is in good condition overall. There is a surface layer of soiling, primarily visible in the white painted passages. There is rubbing with associated accretions and pinpoint loss to the edges. There is a dent and stretcher bar mark to the upper portion of the right vertical edge. There is a ½ inch loss by the T in LIGHT. Under ultraviolet light inspection there is no evidence of restoration. Framed.

Durkee is a self-taught artist whose work reflects nostalgia for an everyday American life in the 1940s and 1950s, with poignant compositions of color fields, signs, insignias of popular culture and the antiquated imagery of a lost time. He moved to New York City in 1956, taking a studio on Fulton Street once belonging to Robert Rauchenberg and before that to Cy Twombly. In 1961, he was included in the watershed Museum of Modern Art exhibition, The Art of Assemblage, curated by director William C. Seitz, the same year of his first exhibition with Allan Stone. In 1962, the critic Gene Swenson included Durkee, along with Roy Lichtenstein, James Rosenquist, Andy Warhol, Jim Dine, and Robert Indiana, in an ARTnews article on 'The New American Sign Painters.' Durkee was a member of the media art collective, USCO, in Garnerville NY and in 1966 moved to New Mexico with his wife where they founded a spiritual collective called Lama.