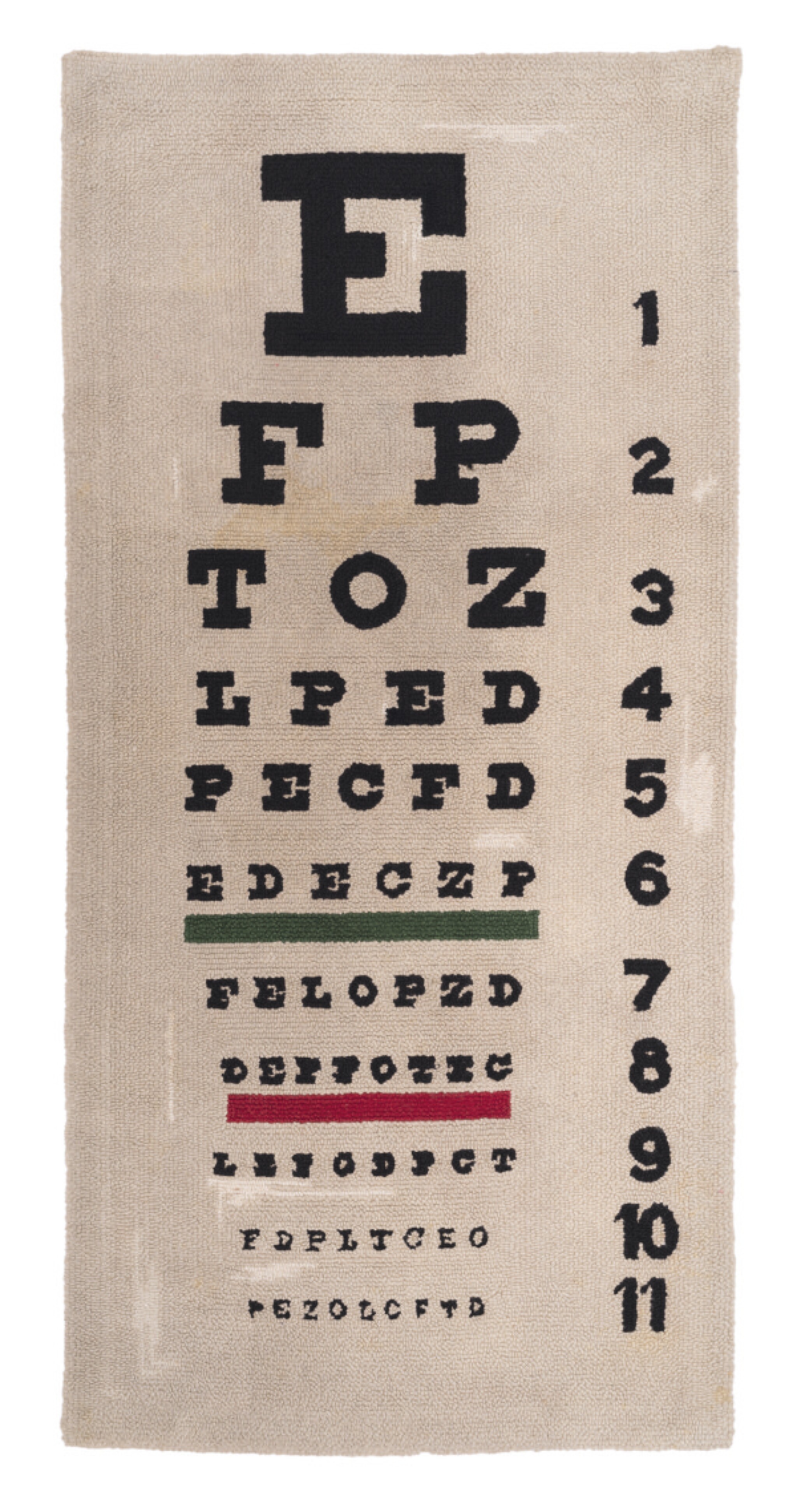 The work is in good condition overall. There is minor pilling and pulling to the wool thread. There are some lighter areas of wool, indicating that areas have been re-knotted. There is minor discoloration below "F P", visible upon close inspection. Unframed.

A self-taught practitioner, Grebenak used iconography from everyday life to create hooked-rugs that fused modern pop-culture with America’s pastoral history. Upending traditional distinctions between fine, folk, and decorative arts, Grebenak subverted the readymade tendencies of the Pop-era to establish a cheeky irreverence all her own. While Grebenak's work has clear overlaps with the themes found in the forthcoming Feminist Art of the later '60s and ’70s, her Pop Art has less in common with the politics of Judy Chicago or Miriam Schapiro, or the cultural commentaries of Warhol or Lichtenstein, and more in common with Robert Arneson or HC Westermann, who also challenged perceptions of crafts and fine art. In the 1940’s she began teaching herself rug-making and her works were initially sold in the Brooklyn Museum gift shop. She had solo exhibitions in 1963 and 1964 at Allan Stone Gallery, through which her rugs entered major private collections, including those of Nelson Rockefeller, Albert and Vera List, William and Norma Copley, Carter Burden, and John and Kimiko Powers. Her work was featured in various group exhibitions and was included in the Milwaukee Art Museum’s Pop Art and the American Tradition exhibition in 1965. Recently, Grebenak was included in the 2010 exhibition, Seductive Subversion: Woman Pop Artist, 1958-1968 at the Brooklyn Museum. After her husband’s death in 1971, Grebenak left the art world behind, relocating to London where she died in 1990.