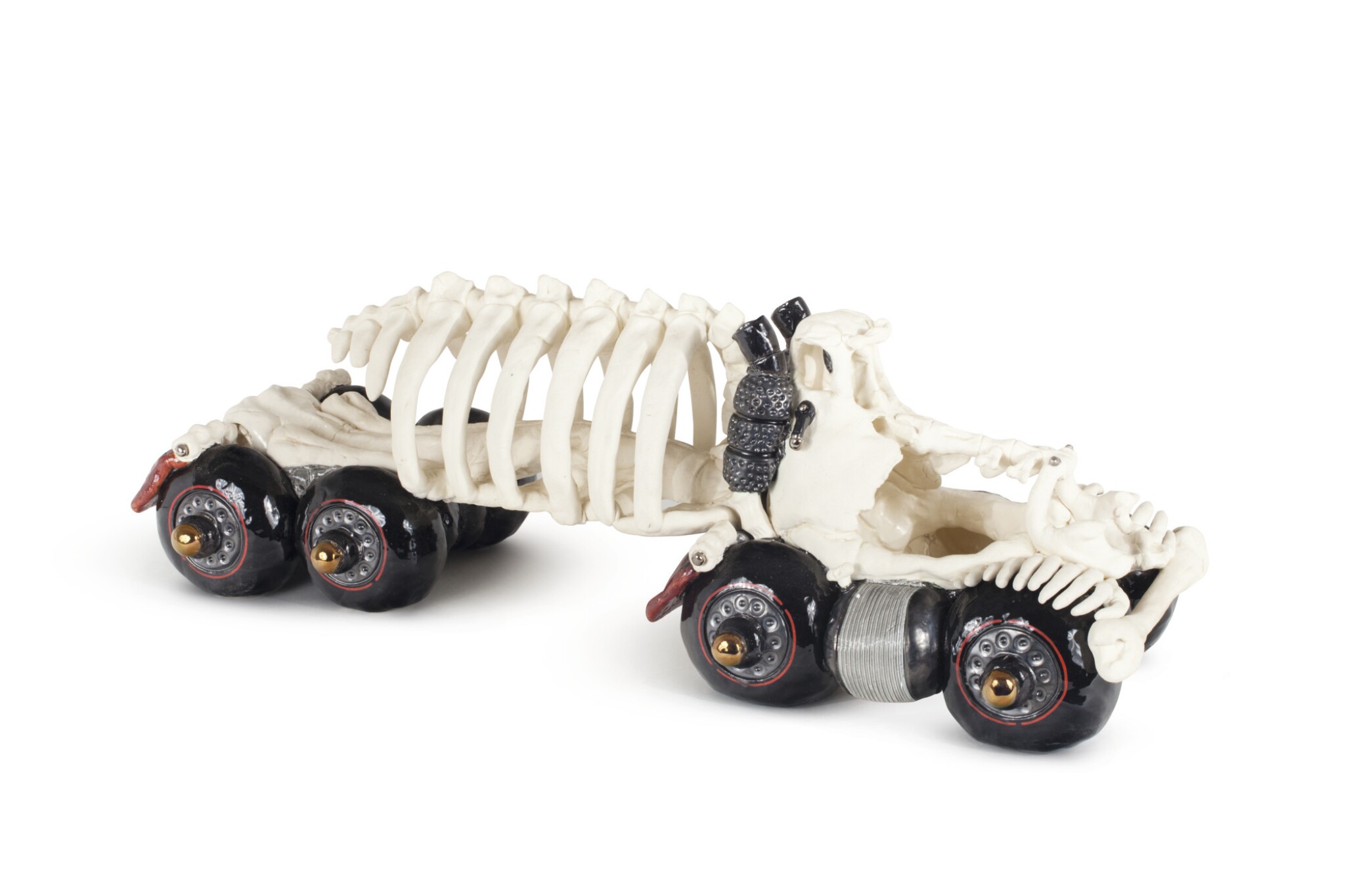 The work is in excellent condition overall. All elements are present and stable.

Dennis Clive mixes Pop and Funk sensibilities with European portrait miniatures. His brightly colored ceramic cars and planes and other paraphernalia recall a child's fascination with build-it-yourself models while at the same time referencing the cultural memory of a product of the baby boom generation: the specter of WWII and the promise of the automobile. Yet the scale in which he works, his sensitivity to his craft, and the attention to detail, can't help but remind the viewer of portraits by the 17th-century miniaturists such as Alexander and Samuel Cooper. Clive seems to present these machines to us so as to evoke and experience the magic of the real thing even in its absence. Clive first exhibited at Allan Stone Gallery in 1976, where he was the subject of six solo shows and numerous group exhibitions. His work has been featured at the Los Angeles Museum of Contemporary Art, the Detroit Institute of Art, the Berkeley Art Center, the Contemporary Arts Center of Cincinnati, and Rochester’s Memorial Art Gallery. Clive’s work has been profiled in numerous publications including Artnews and The New Yorker, and The New York Times.