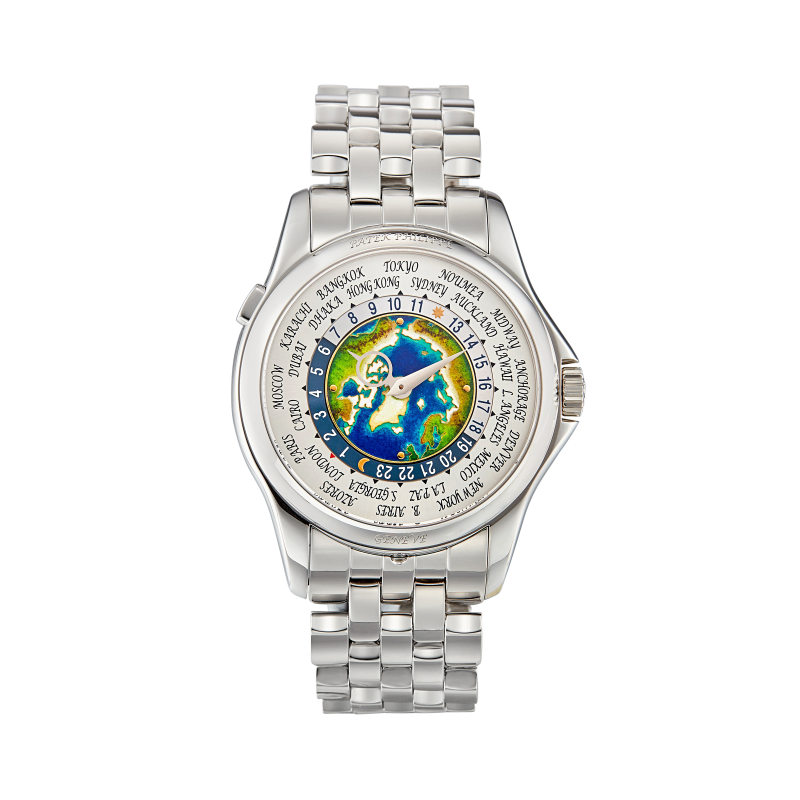 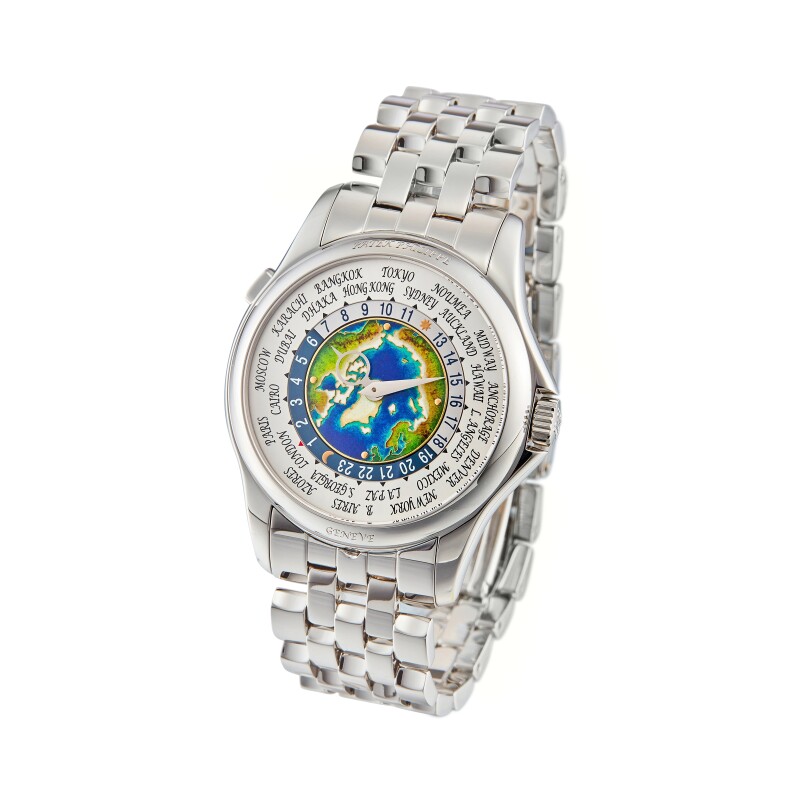 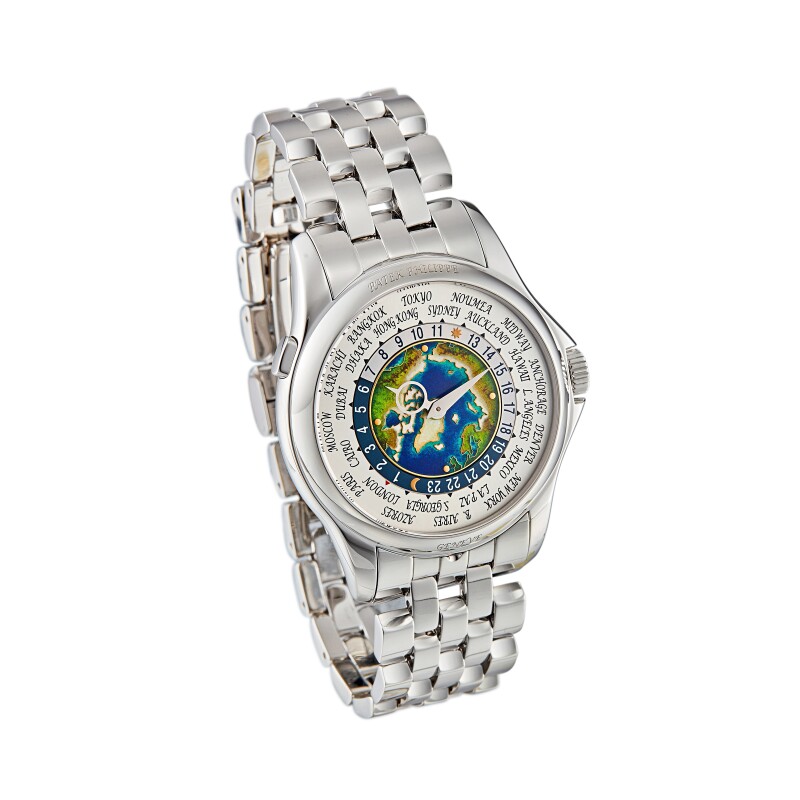 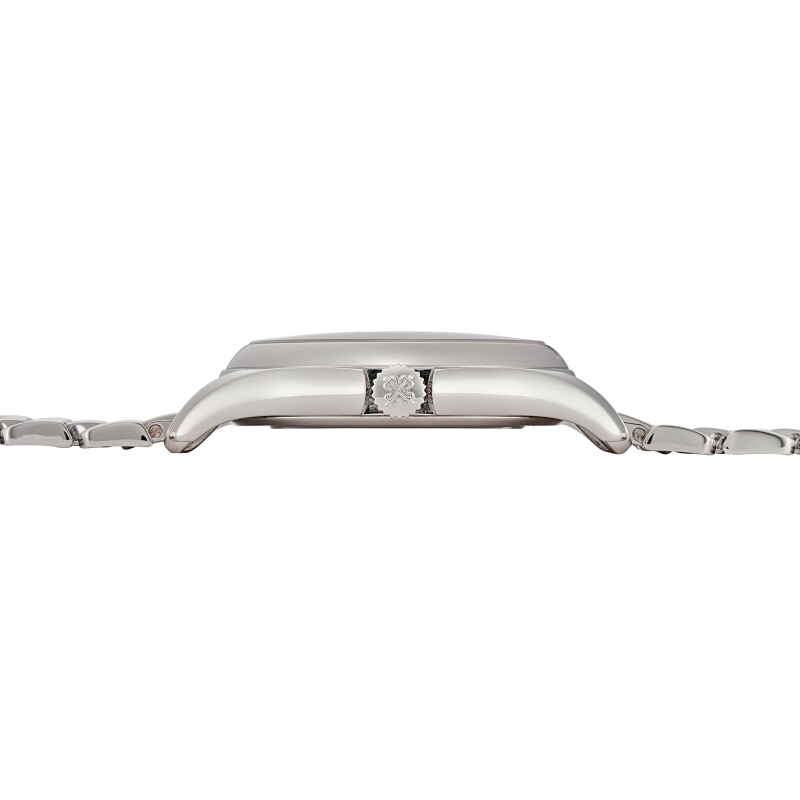 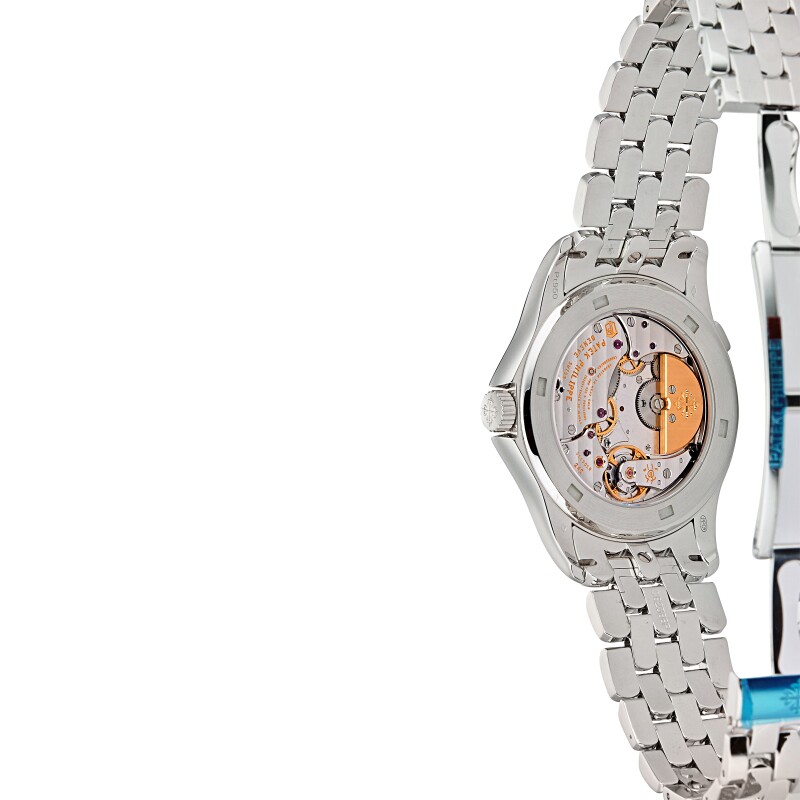 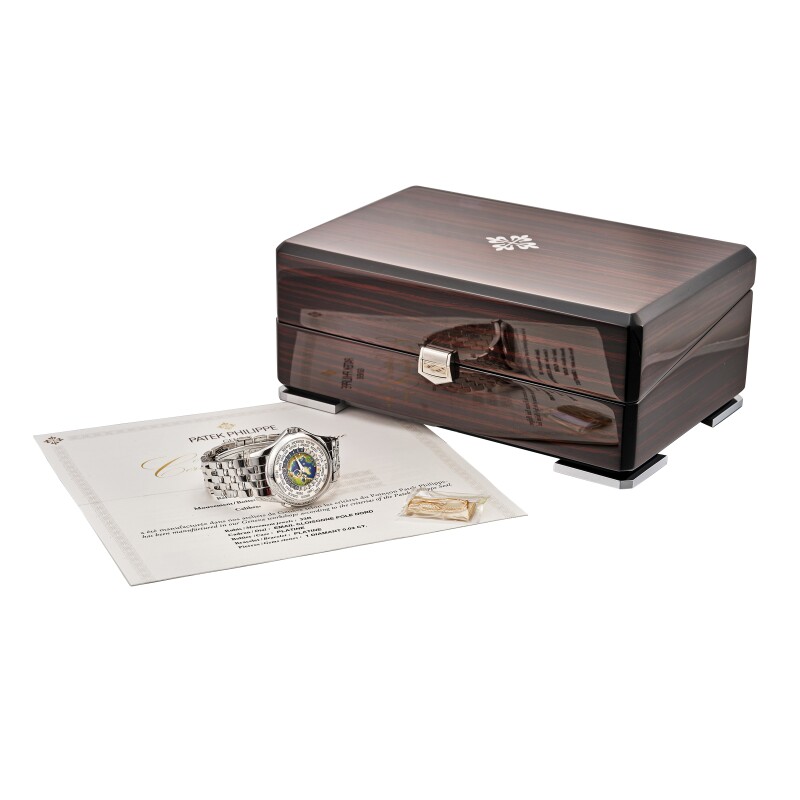 Patek Philippe launched the reference 5131 in 2008. First introduced in yellow gold, the Maison subsequently released a white gold version in 2009, pink gold in 2014 and platinum in 2017. The 5131 is considered both as an horological marvel as well as a work of art with its hand painted cloisonné enamel dial depicting four continents: Europe, Asia, Africa and Oceania.

Due to the laborious nature of the enamelling process, Patek Philippe only produces a limited number of this reference every year, making this a highly sought-after watch among collectors. The reference was in fact already subject to a long waiting list at the time of production, as only a couple enameller artists are producing less than 40 dials a year. Additionally, each dial is individually enamelled by hand, resulting in no two dials being identical.

As the perpetual calendar chronograph pieces, the World Time watches are iconic models from Patek Philippe. The manufacture has kept the essence of the early references such as the 1415 which was first introduced in 1939 and engineered by Louis Cottier. Coincidentally, the first 1415 with an enamel dial, also depicting a map, was made exactly 60 years before the 5131 was introduced.

The present example is crafted from noble platinum and comes on a matching polished bracelet, confirmed by the Certificate of Origin. The platinum example bears a specific enamel dial, depicting the North Pole. The single diamond set in the case at 6 o'clock, a signature detail for all platinum Patek Philippe cases, is complemented by the brand and 'World Time' engravings to the bezel, a design cue only visible on the 5131.

Offered on behalf of its original owner, this timepiece stands in exceptional condition and is accompanied by its full suite of accessories, making it a fantastic opportunity to add a rare and crisp example to a solid collection.

Accompanied by a presentation box, certificate of origin, instruction manual and leather booklet.

The watch is in new and excellent condition. The movement is running at time of cataloguing; however, it was not tested for the accuracy of time or duration of the power reserve and may need service at the buyer's discretion. Please note that Sotheby's does not guarantee the future working of the movement.