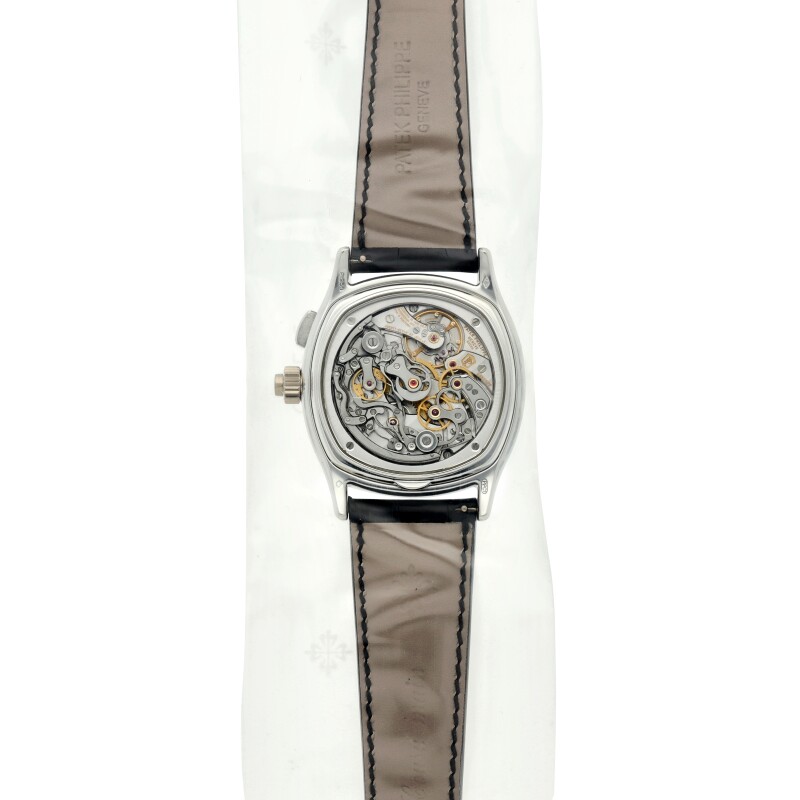 Toeing the line between a sports watch and a highly complicated, historically inspired piece is the reference 5951. As a cushion-shaped, single button split-seconds watch, the watch's dna reaches back to the golden age of Patek's watchmaking prowess. The split-seconds complication itself is sporty and the sleek black dial accentuates the feeling as well. The more commonly seen iteration of the reference features red accents with the chronograph hand, 3 o'clock sub-register hand and strap stitching. This much more rare and subdued version was introduced in 2014 as reference 5951P-013. It was produced for only one year and it's thought there are approximately 20 examples. Offered in single-sealed condition, this is a chance to own one of the most special watches produced in the 20th century by Patek Philippe.

The watch is in single-sealed condition and has never been removed from the bag the watch was delivered in. The movement has not been tested.