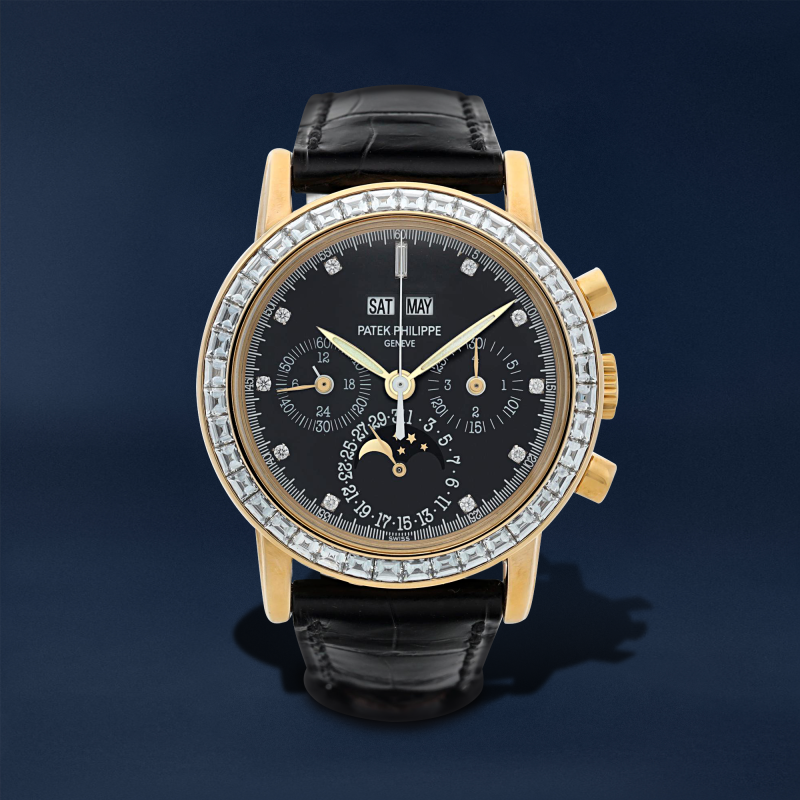 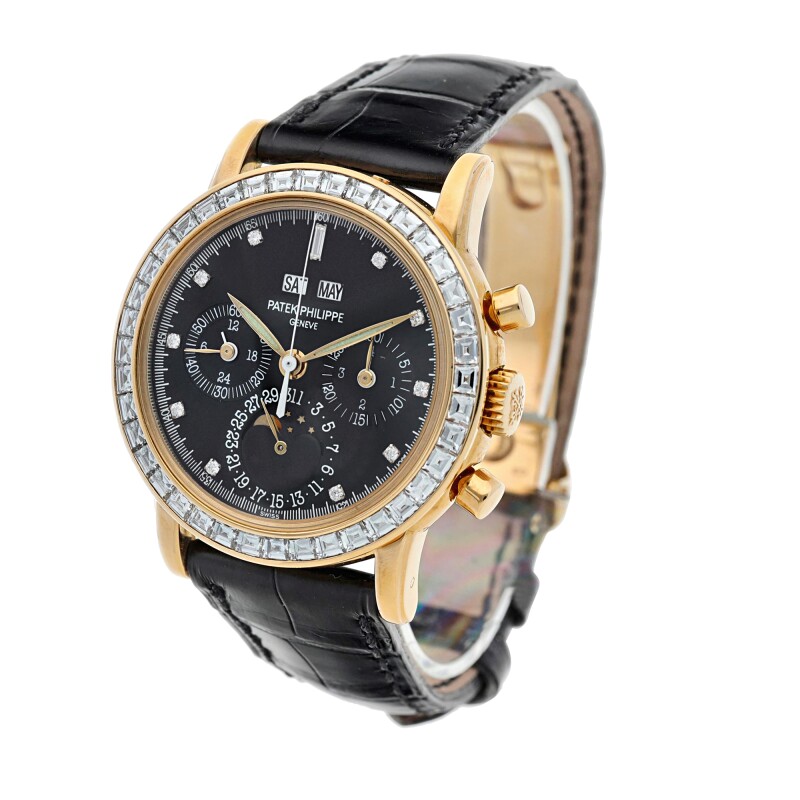 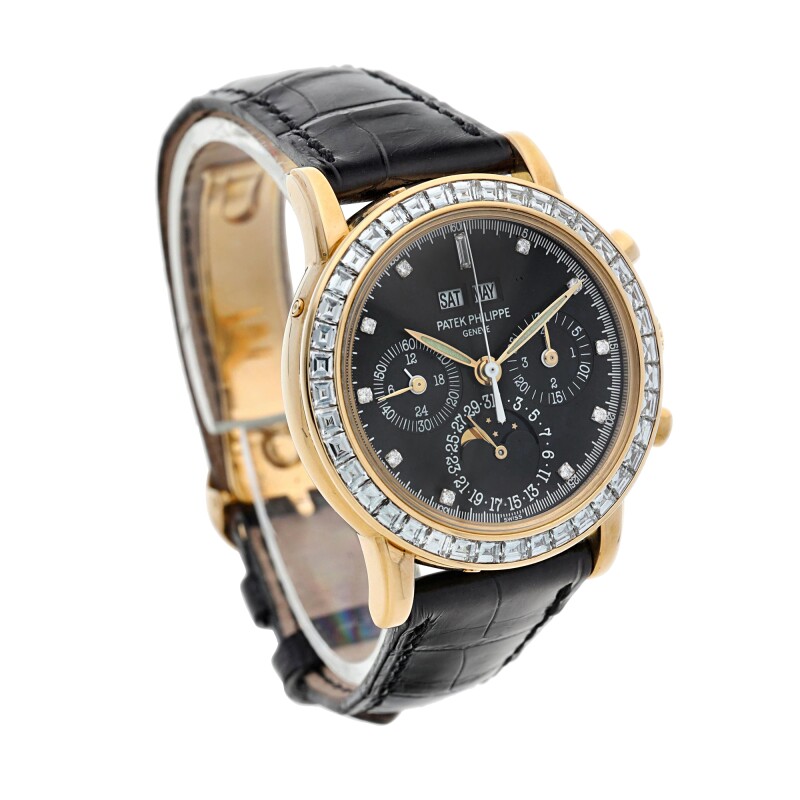 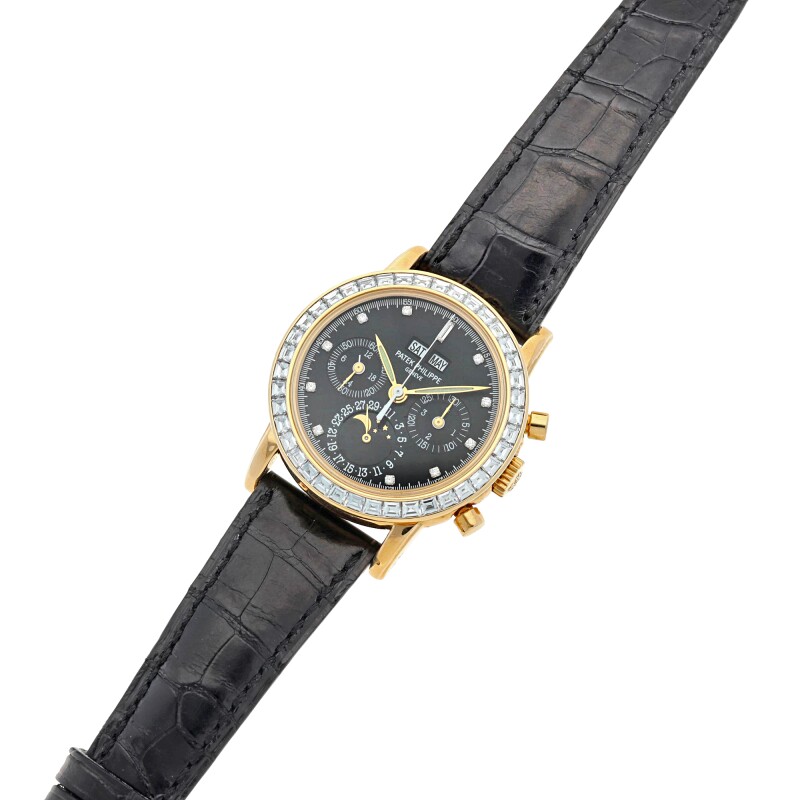 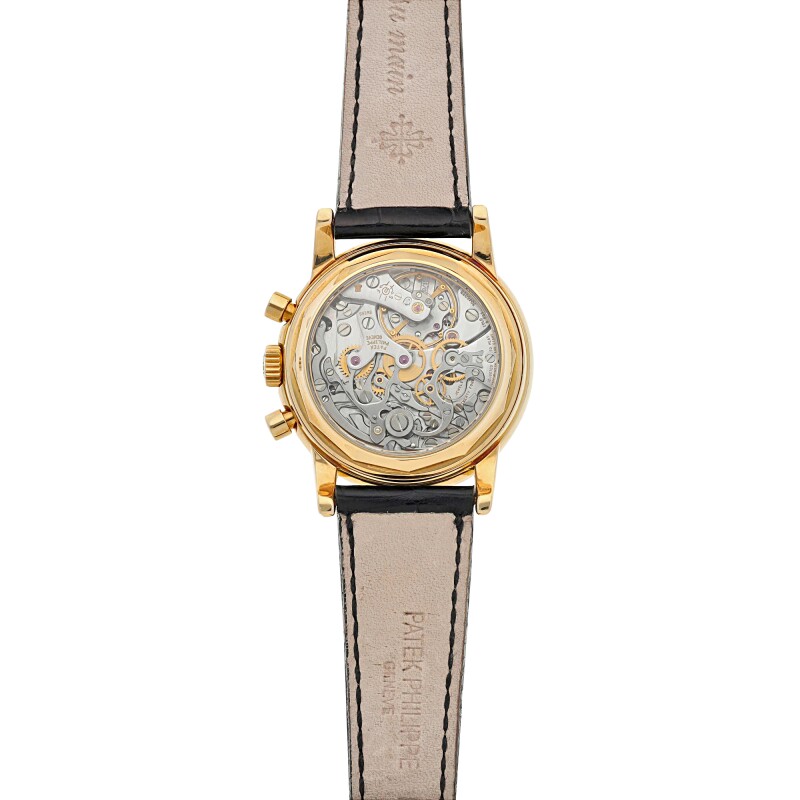 Patek Philippe launched reference 3970 in 1986 (replacing the venerated reference 2499) and continued its production for approximately twenty years. Circa 4000 pieces across the four metal types.

Gem set Patek Philippe’s are somewhat taken for granted today, it is not unusual to see References 5971 or 5271 cross the auction block for example. It thus is often a surprise to many to know that the Reference 3990, based on the reference 3970 was the first ever-complicated wristwatch made by Patek Philippe in series to be gem-set, in this instance with 40 baguette-cut diamonds weighing around 2.9 carats. Also, the 3990 is the only gem-set complicated watch from Patek to be given its own reference number rather than simply having the last digit of the original reference number replaced by a 1. (see the 5071, 5971, etc). This was due to the unique construction of the reference bezel and its laddered construction allowing light to enter the bezel behind the diamonds ensuring their added brilliance, differing from conventional gem-set bezels that have the stones set into a solid metal structure.

It is thought, although cannot be confirmed that about 100 3990’s in total were made across all metal type meaning circa 2 per year in yellow gold. Of those, to date, only 4 have returned to the market, making this a rare opportunity to acquire such an example. The current example is presented in yellow gold with service papers confirming the new black dial, diamond-set hour markers, and unusual luminous hands. The watch, in excellent condition, is accompanied by its original box and Certificate of Origin.

Case: The case is in overall very good condition with minor signs of wear. Previous light polish. The gold mark on the left side of the case is lightly rubbed. Bezel set with 44 baguette diamonds (approximately 2.77cts). The folding buckle in equivalent condition.

***Please be advised that the bands on this watch are made of materials derived from endangered or otherwise protected species (i.e. alligator and crocodile) and thus not sold with the watch, they are for display purposes only. We will remove these bands prior to international shipping and the state of California.***