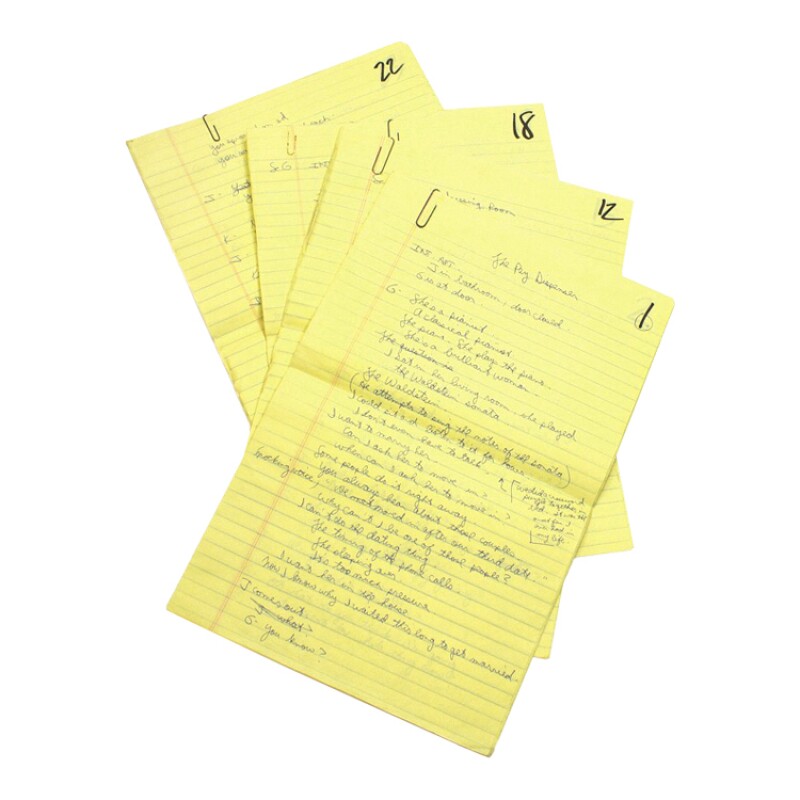 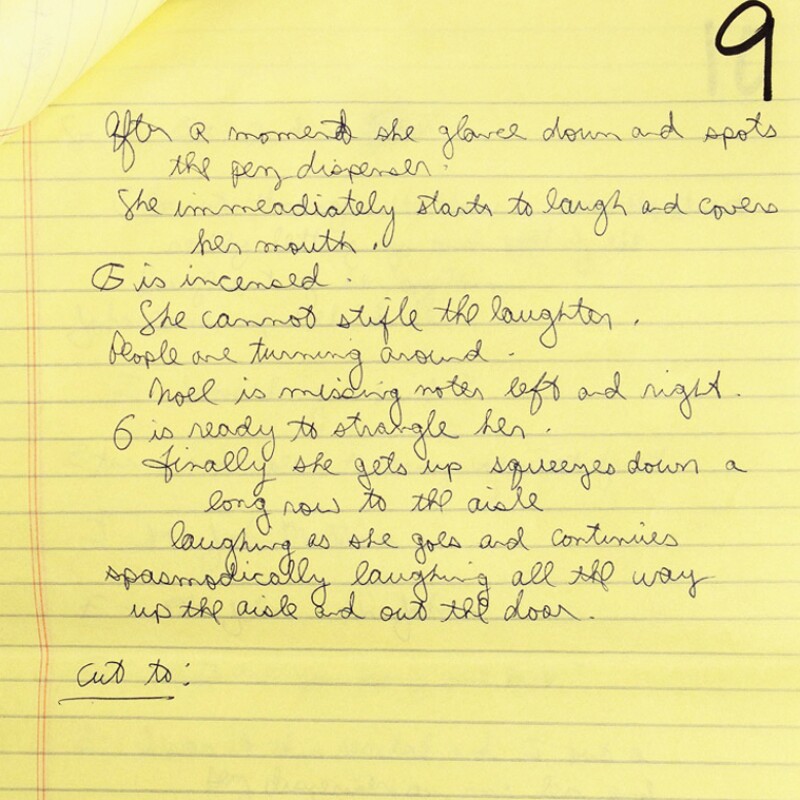 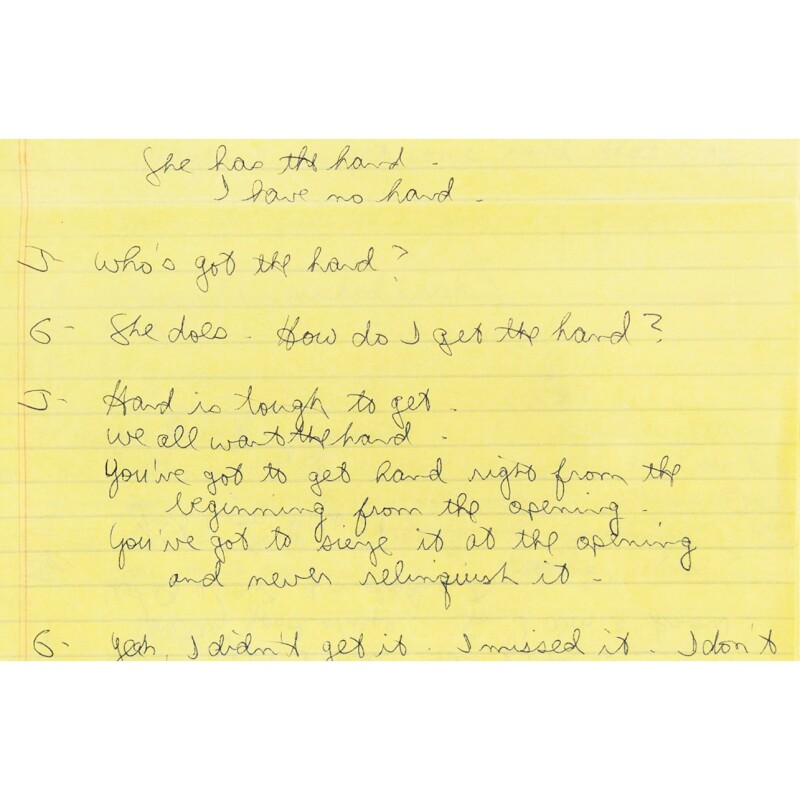 The handwritten script by Seinfeld is for the beloved "Pez Dispenser" episode, in which Elaine ruins the piano concert of George's girlfriend by bursting into laughter when Jerry places a Pez dispenser in her lap. It is also the episode in which Kramer joins the polar bear club, creates a brand of cologne called "The Beach" and everyone participates in an intervention for a former softball teammate who was traumatized by Kramer's suggestion during their final game. Although the writing of the episode is credited to both Jerry Seinfeld and Larry David, this is an early (first?) draft attempt by Seinfeld. It includes substantial amounts of dialogue that were omitted in subsequent drafts. There are also many revisions, crossing-outs, insertions and the like – all typical of a working draft and all in Seinfeld's hand. The episode aired on January 15, 1992. Seinfeld is routinely regarded as one of the best television series ever produced.

During its first run, it was awarded the Emmy for Outstanding Comedy Series in 1993, it received the Golden Globe Award for Best TV series (comedy) in 1994 and in 1995, in 1997 and 1998, it won the Screen Actors Guild Award for Outstanding Performance by an Ensemble in a Comedy Series. Since it finished production, TV Guide awarded it the greatest TV show of all time in both 2002 and 2013. Original Seinfeld material is scarce on the open market. Furthermore, we have not been able to locate any manuscript drafts such as this in either Jerry Seinfeld or Larry David's hand.

Occasional oxidation stains from paperclip on some pages.