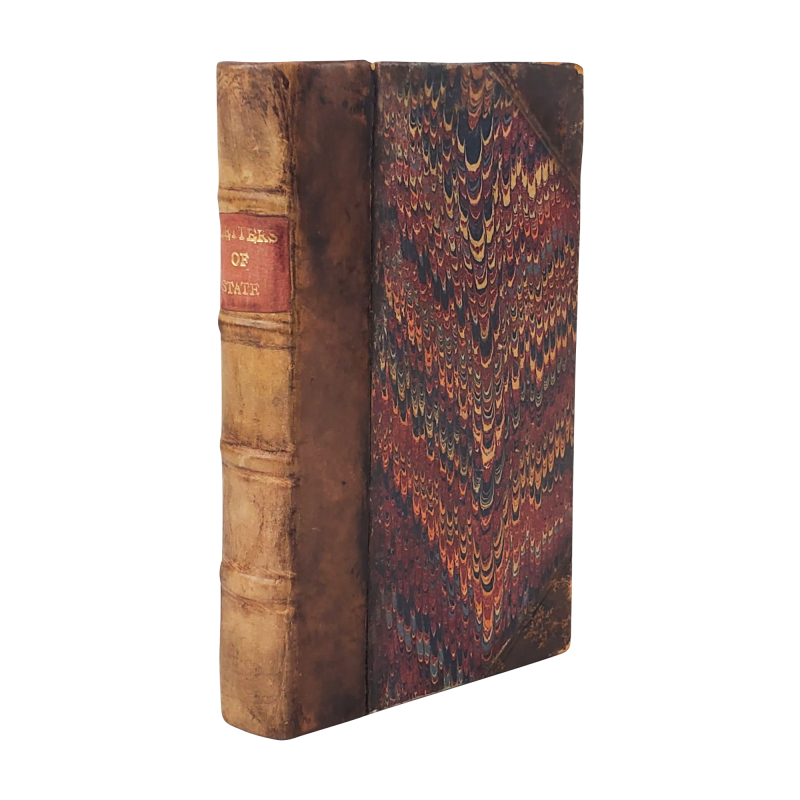 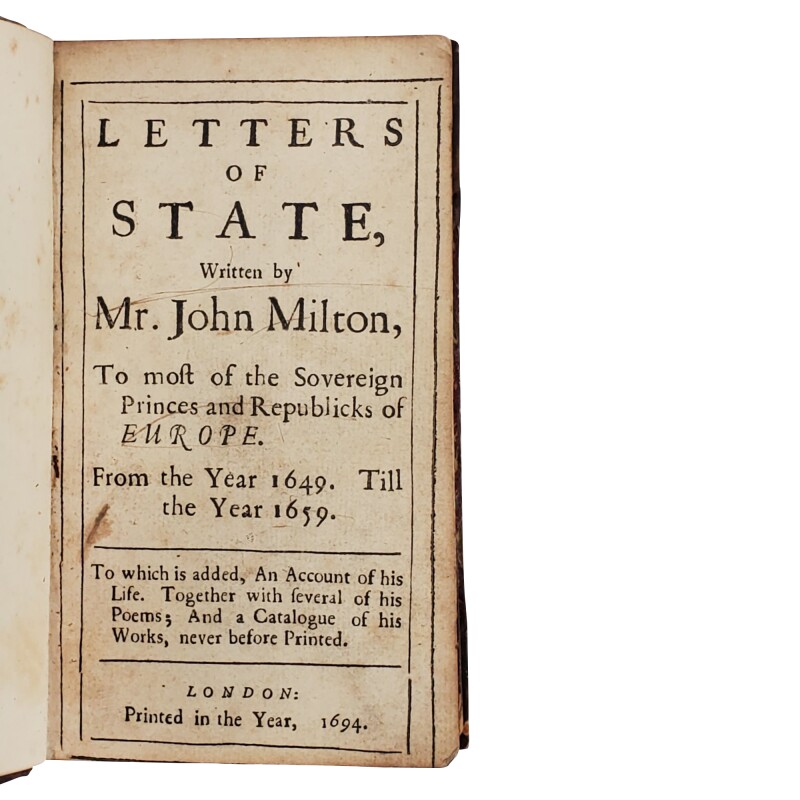 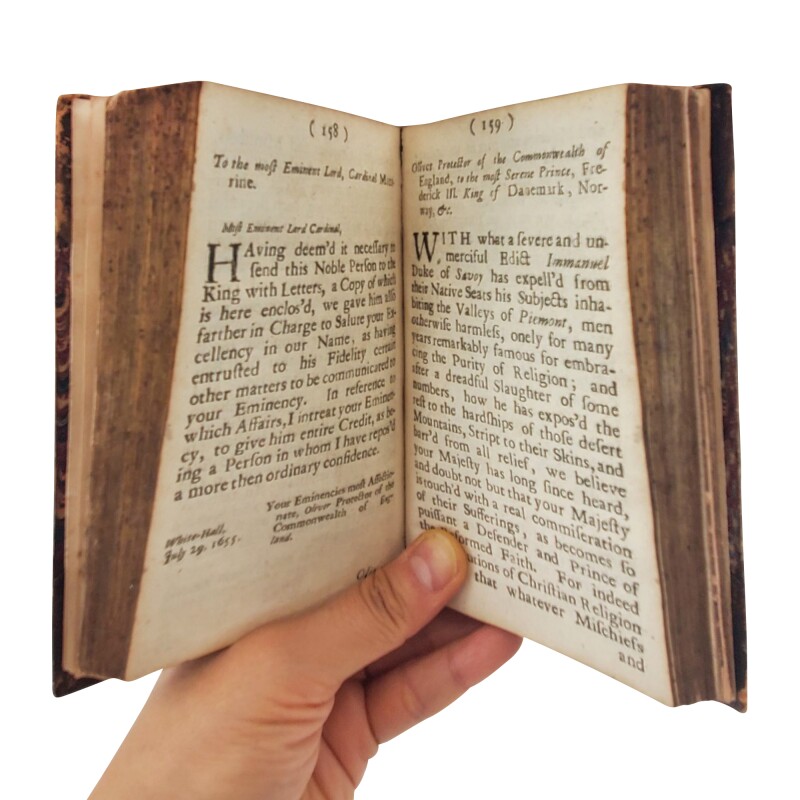 This copy has the words "Ten verses" on p. xxxv, line 6 (some copies have the words "Six verses" here). Coleridge comments that the catalog of Milton's works is "particularly interesting" because for the first time it includes Milton's own work Joannis Philippi Angli Responsio (1652), a defense of Pro Populo Anglicano against an attack by John Rowland. This text was attributed to the poet's nephew and amanuensis, John Phillips, but was almost certainly heavily corrected by Milton himself.

Shelf wear and chipping, particularly to edges and corners.

Cut very close at the foot of the page towards the end, with occasional loss of catchwords and the text slightly shaved on p. 327; early tear on pp. 59-60 and 177-8 with slight loss of text.