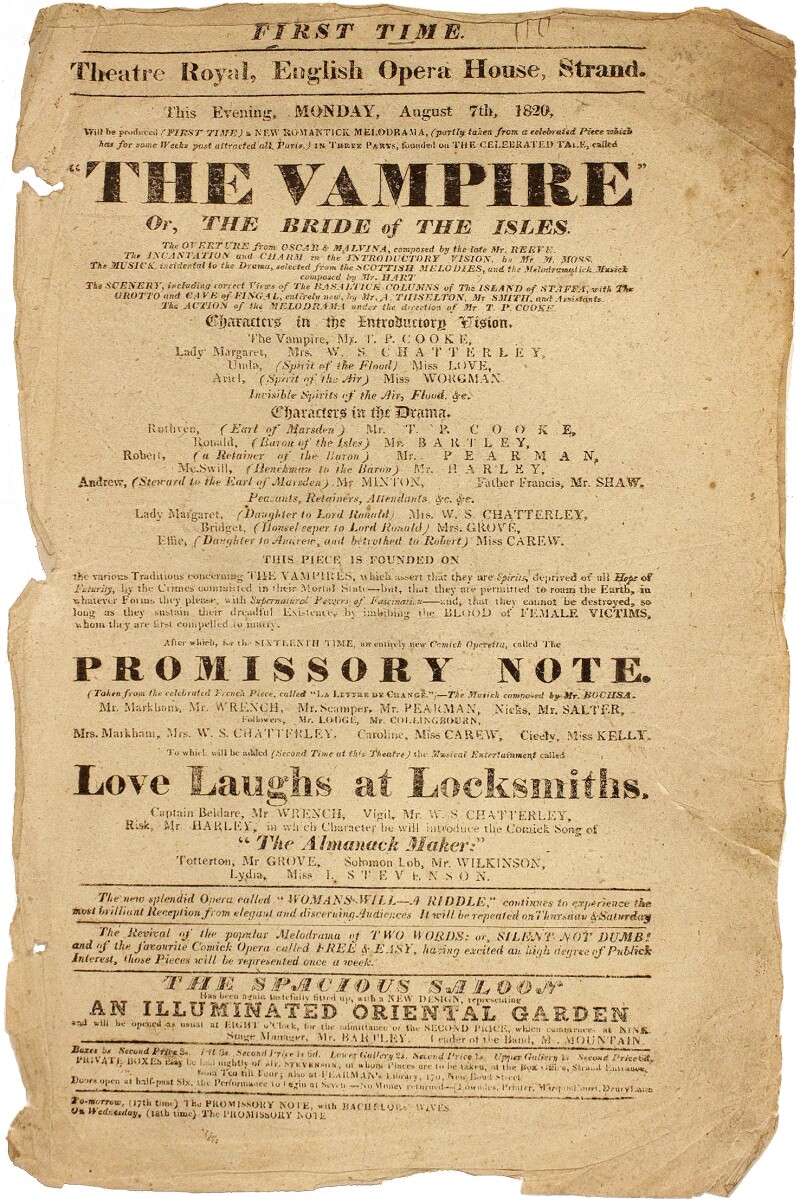 Advertisement for the play The Vampire, an English adaptation of John Polidori's story The Vampyre.

According to the Huntington Library's Larpent collection, the play was licensed June 25, 1820. Though scheduled to be performed on the 7th it was delayed 2 days out of respect for the death, the previous day, of The Duchess of York and opened on Aug. 9.

Opening night reviews were enthusiastic and "was honored with unusually long continued applause." An interesting link between The Vampire and Frankenstein is that Peter Thomas Cooke who played the title role in The Vampire at the Theatre Royale in 1820, was also the first actor to play the Frankenstein Monster in the London staging of Presumption. In fact, in 1826, a theatre-goer in London could take in a double bill and be treated to both monsters.

Closed tear to foredge with an old repair.

Left side of paper with stab holes presumably bound up at one time.