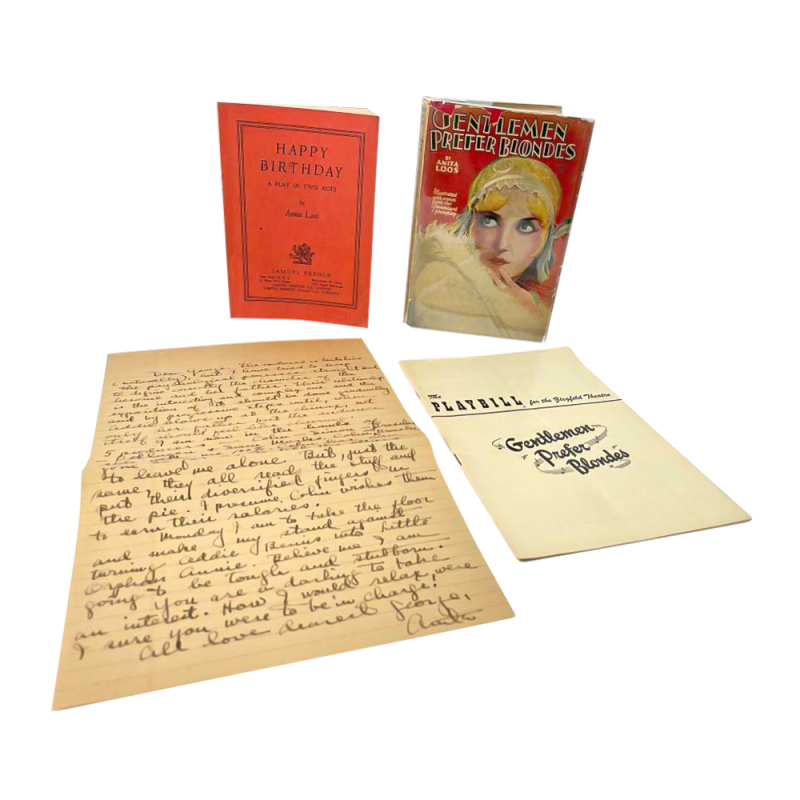 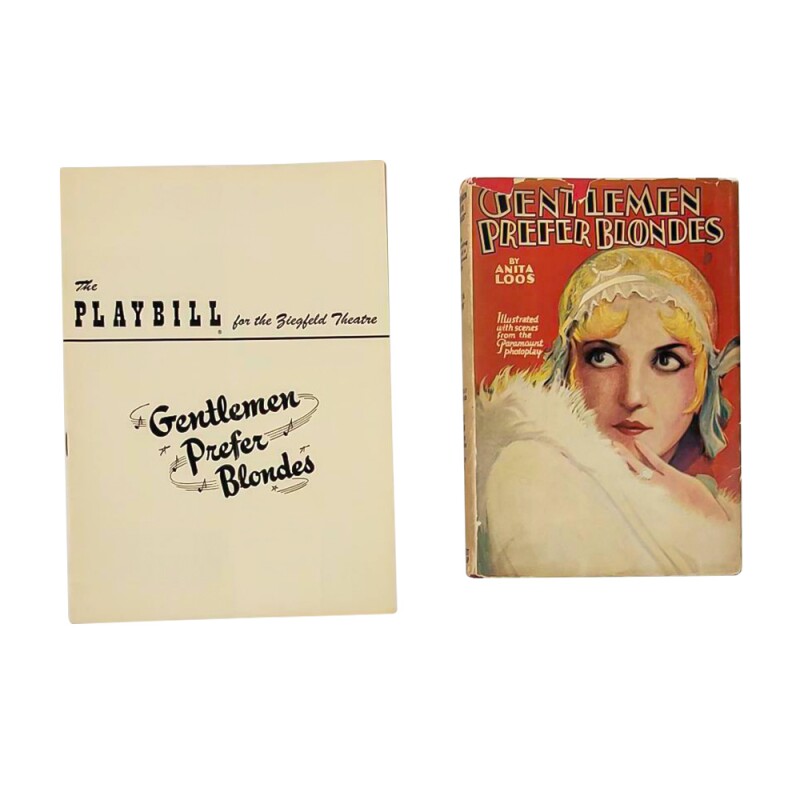 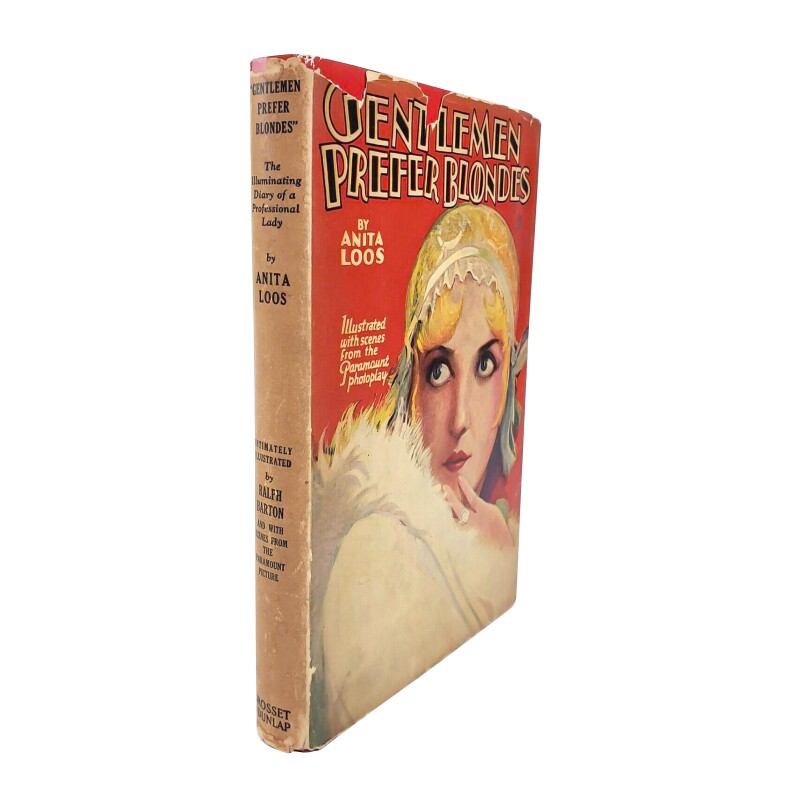 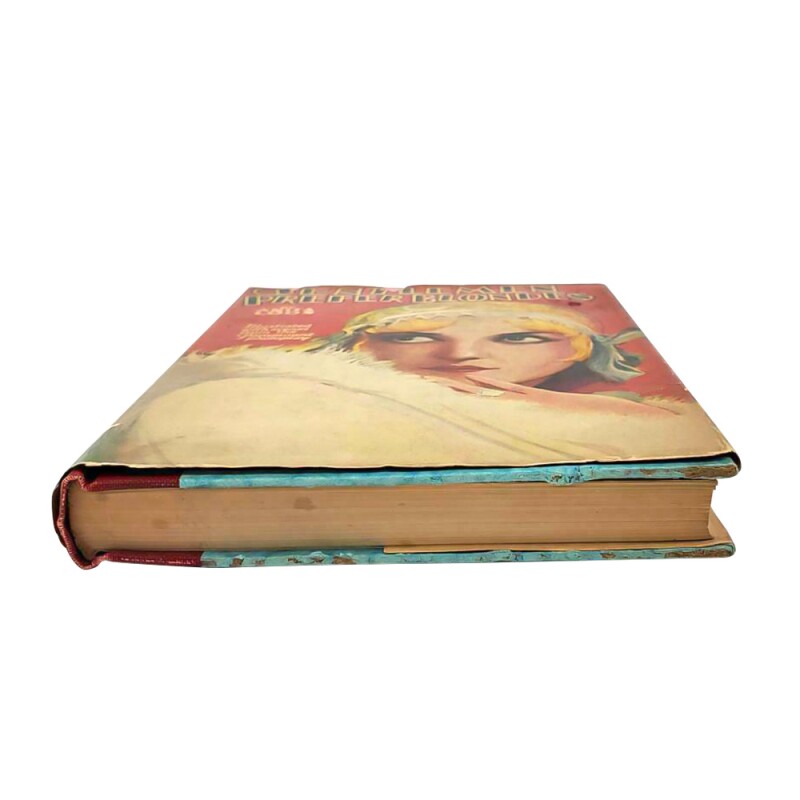 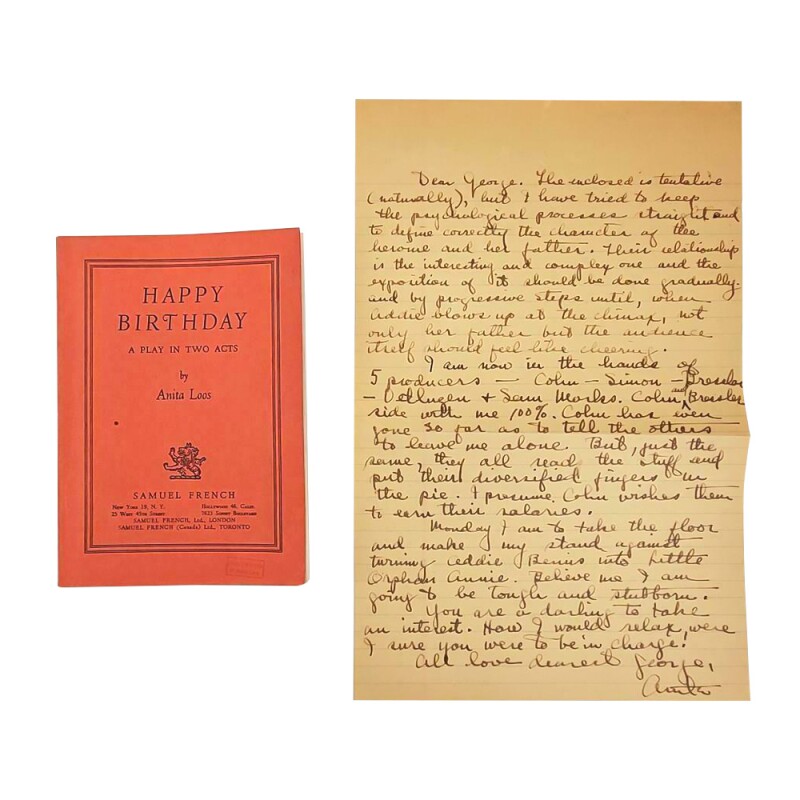 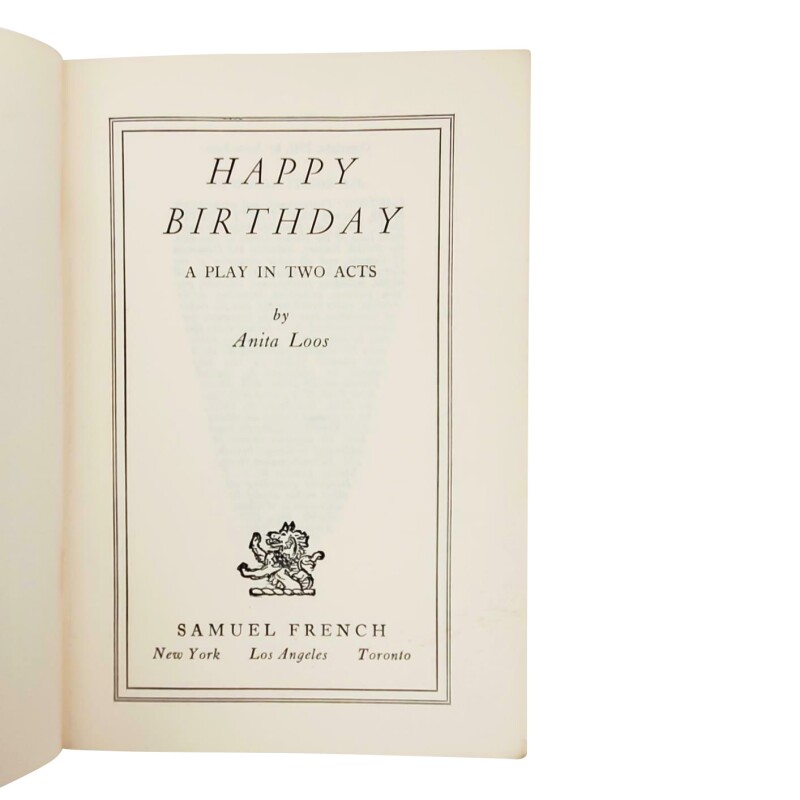 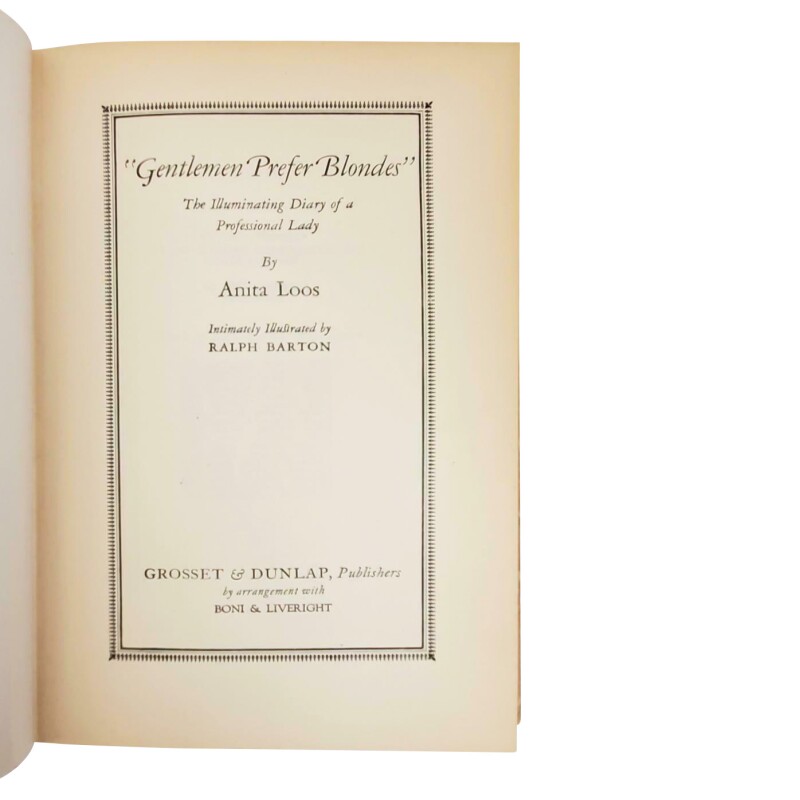 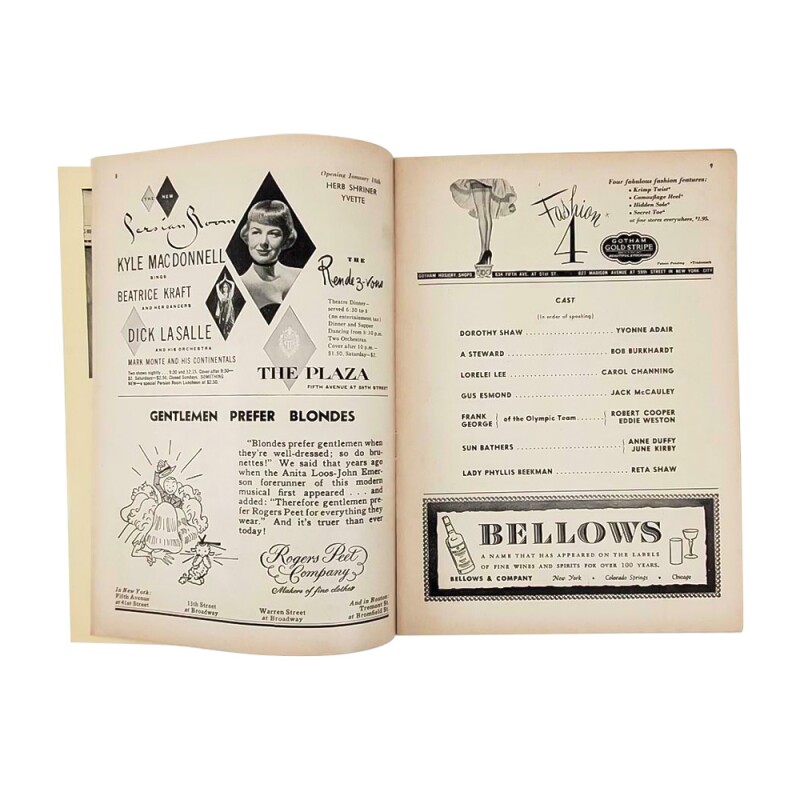 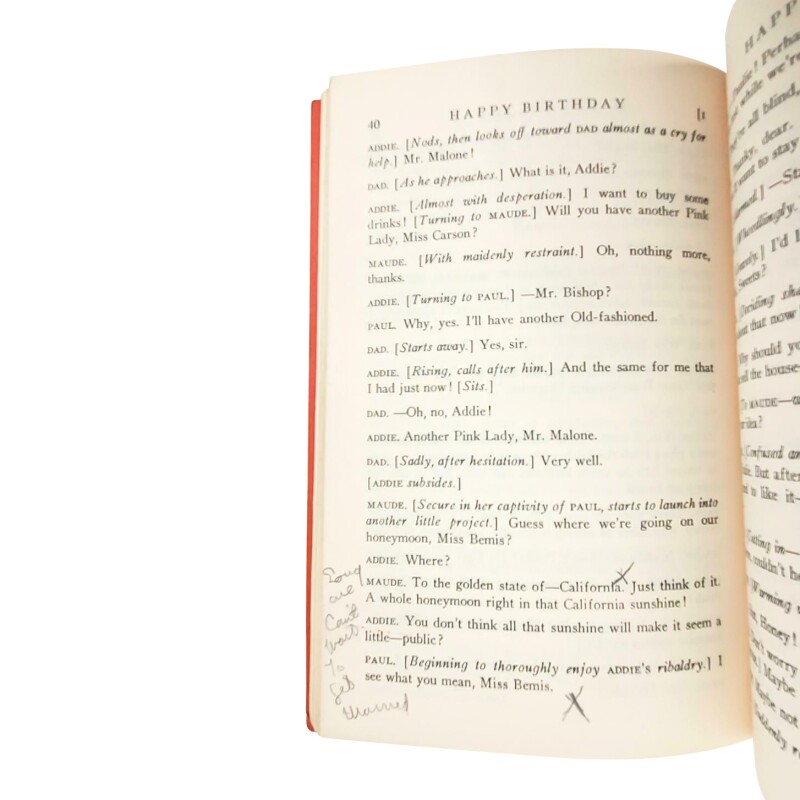 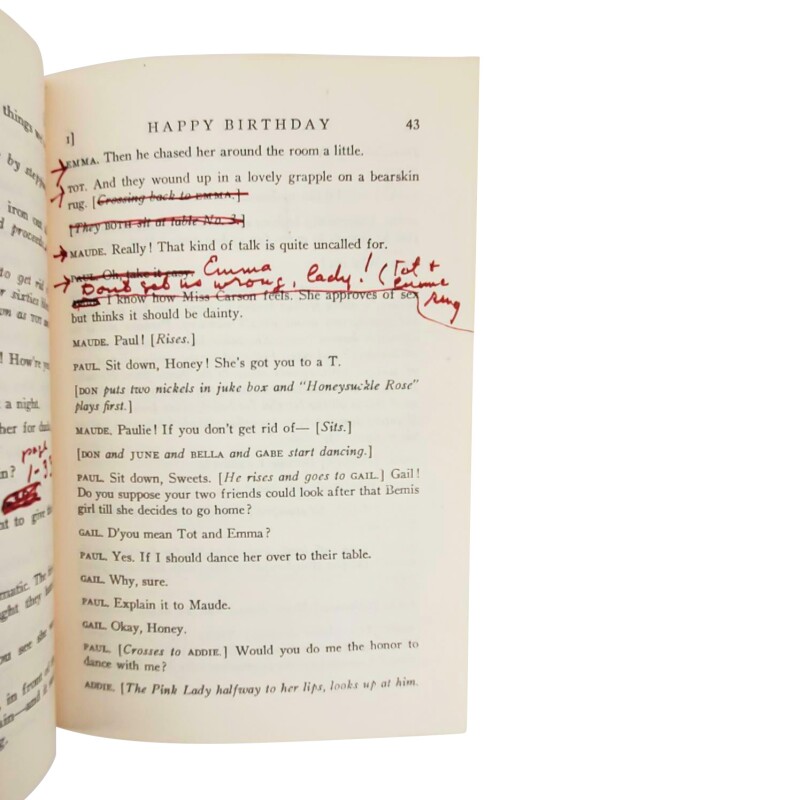 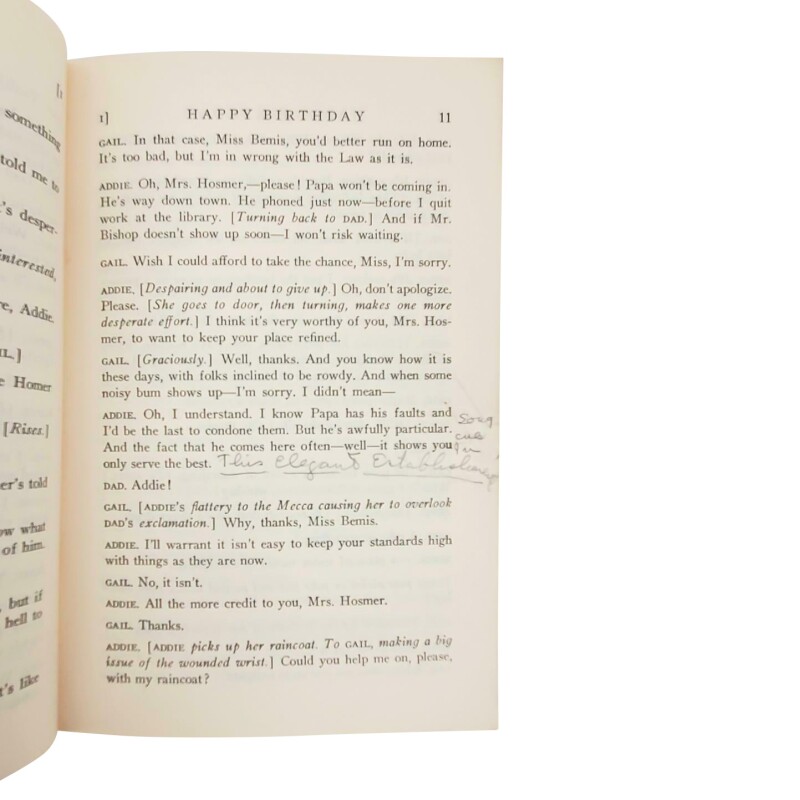 Book: A copy of Gentlemen Prefer Blondes for the original production.

Playbill: From the original production of Gentlemen Prefer Blondes at the Ziegfield Theatre.

Script: A copy of the script for Happy Birthday from Anita Loos’s personal collection, with extensive annotations apparently in her hand, along with an autographed letter signed by Loos about preparations for a production of the play.

Autographed letter signed by Anita Loos regarding Happy Birthday. The text of the letter reads:

“Dear George. The enclosed is tentative (naturally), but I have tried to keep the psychological processes straight and to define correctly the character of the heroine and her father. Their relationship is the interesting and complex one and the exploration of it should be done gradually, and by progressive steps until, when Addie blows up at the climax, not only her father but the audience itself should feel like cheering.

I am now in the hands of 5 producers--Cohn--Simon--Bressler--Detlugen[?] and Sam Marks. Cohn and Bressler side with me 100%. Cohn has even gone so far as to tell the others to leave me alone. But, just the same, they all read the stuff and put their diversified fingers in the pie. I presume Cohn wishes them to earn their salaries.

Monday I am to take the floor and make my stand against turning Addie Bemis into Little Orphan Annie. Believe me I am going to be tough and stubborn.

You are a darling to take an interest. How I would relax were I sure you were to be in charge!

All pieces are age-toned with chipping and imperfections.

Rust stains from paperclips on script.