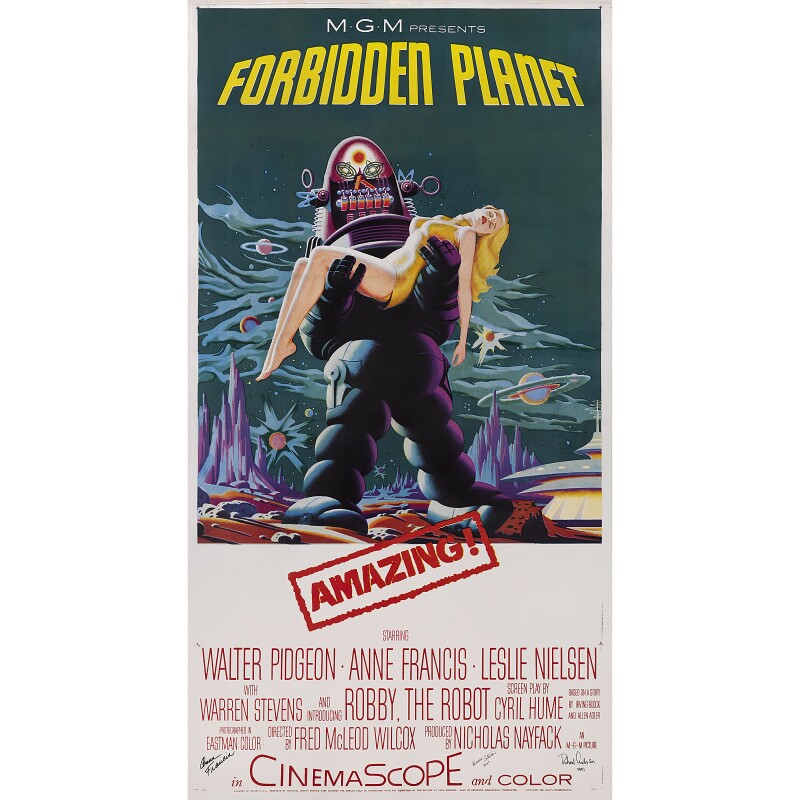 It is rare for anyone to have an original film poster signed, as the majority of signatures are on pieces of paper, photographs and video/DVD sleeves. Fewer than 15 of these posters have surfaced in the past 25 years.

Formally in the collection of Wes Shanks, a Hollywood gaffer who worked on Gigi, Singin' in the Rain, An American in Paris and others. This large billboard poster was printed in two sheets, and designed to be pasted onto billboards. Therefore, only unused examples survived. This poster is one of the key science-fiction pieces from the 1950s, and one of the most desirable.

Very minor restoration to folds, which is standard as this poster was originally distributed folded.