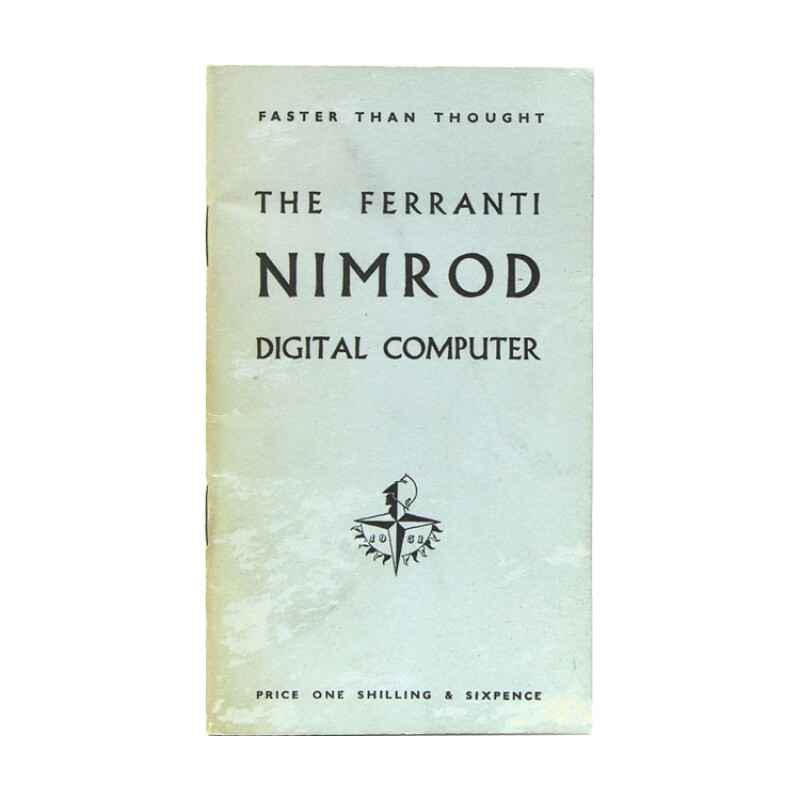 First edition of the first book on a computer game, Nim, played by Alan Turing at the 1951 Festival of Britain.

The first book devoted to a computer game, available for purchase at the 1951 Festival of Britain with the event’s symbol printed on the upper cover. The Ferranti Nimrod was revealed to the public as part of the Science Exhibition and was the first machine built exclusively for the purpose of playing a game. It ran a digital version of the ancient logic game, Nim. At the exhibition, the enormous 12 x 9 x 5 foot machine was unveiled. The public was encouraged to play and among those in attendance was Alan Turing, who succeeded in beating the game to which the machine flashed the message "COMPUTER LOSES." Turing was an obvious candidate for the game, having published his landmark paper "Computing Machinery and Intelligence" the year prior. The contents include a general introduction on how to play the game, followed by details on the related emergent sciences of computing and artificial intelligence. As an indication of how early the language is, it should be noted that the term “memory” is mentioned only as an alternative to the preferred term “storage.” Amid the instructions, the text emphasizes that games are merely one example of the many applications of computers: “the theory of games is extremely complex and a machine that can play a complex game can also be programmed to carry out very complex practical problems...very similar to those required to examine the economies of a country in which neither a state of monopoly nor of free trade exists." (p. 19)