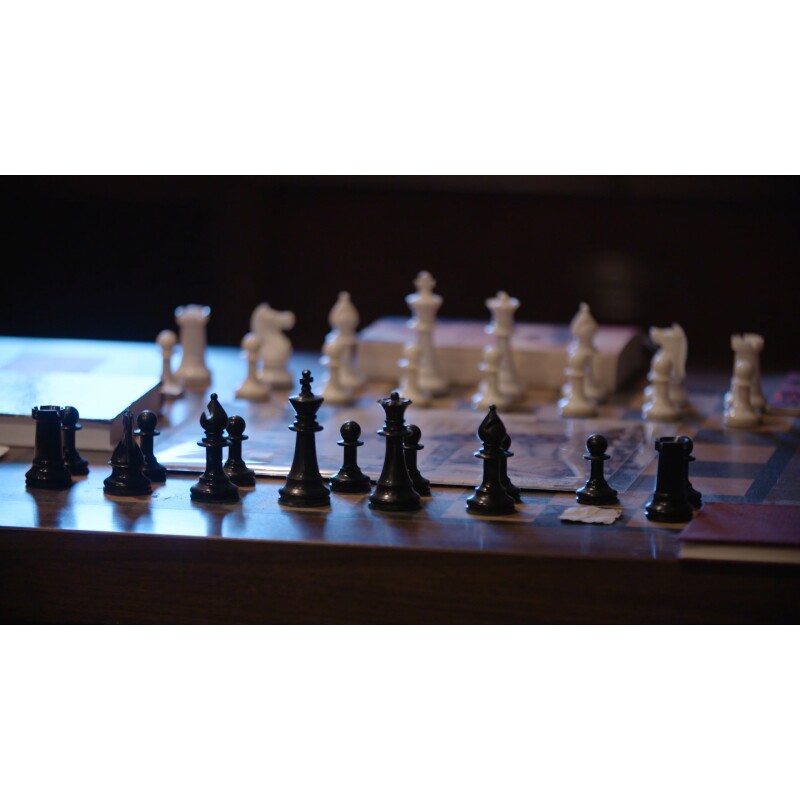 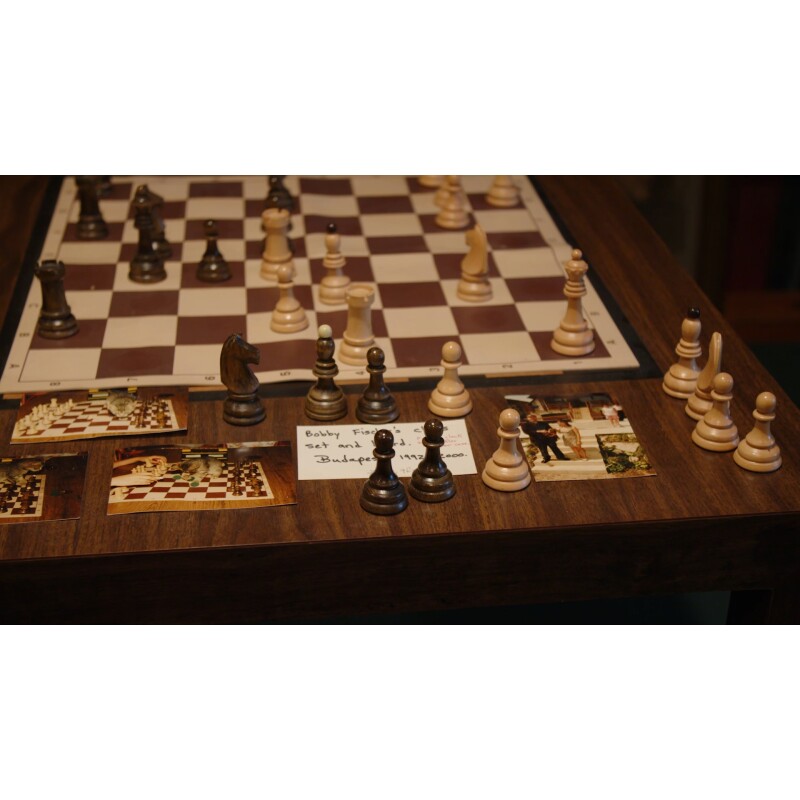 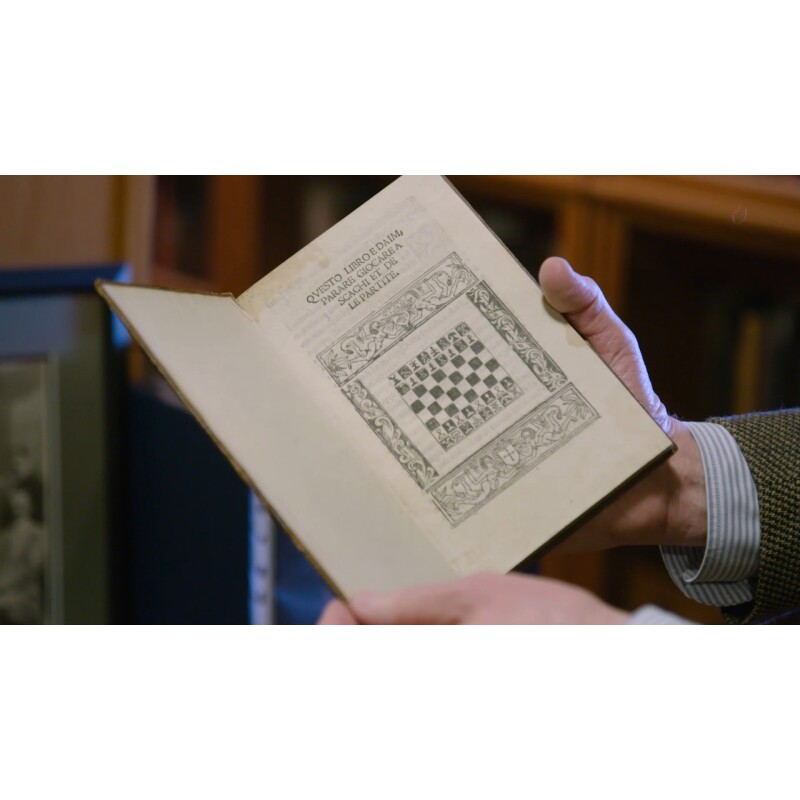 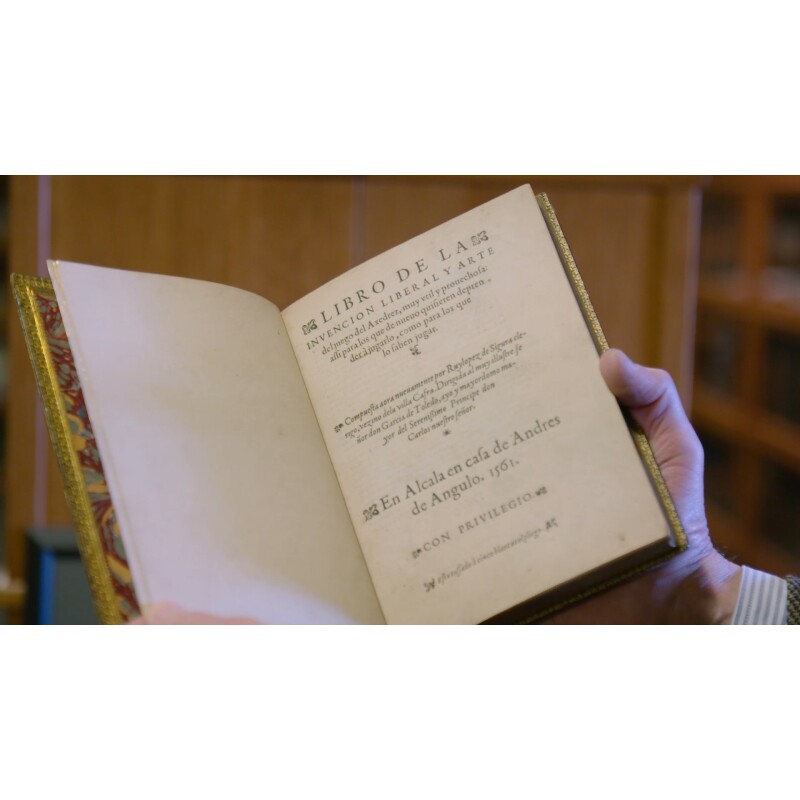 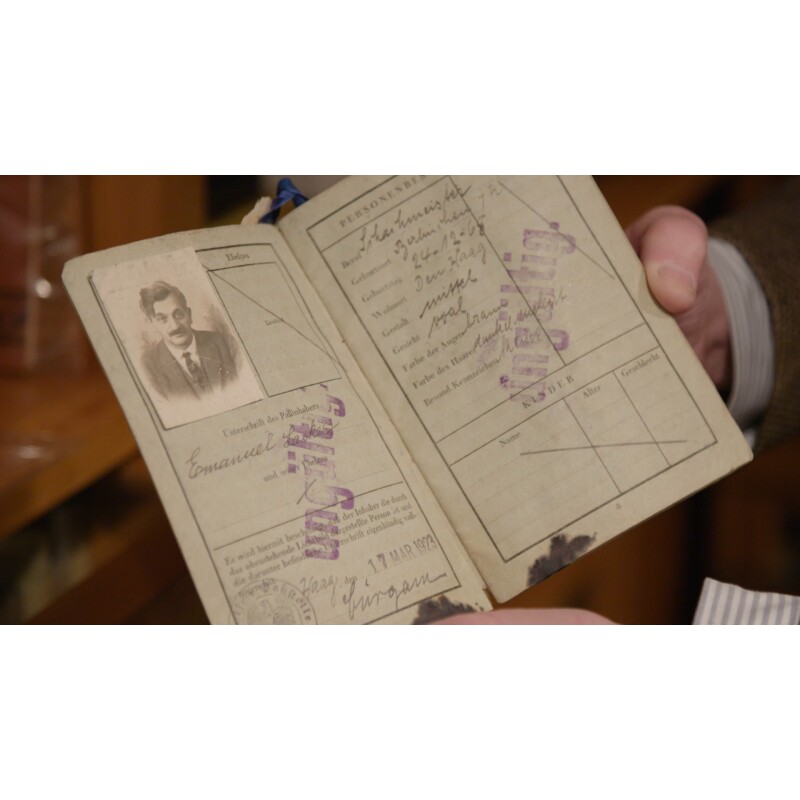 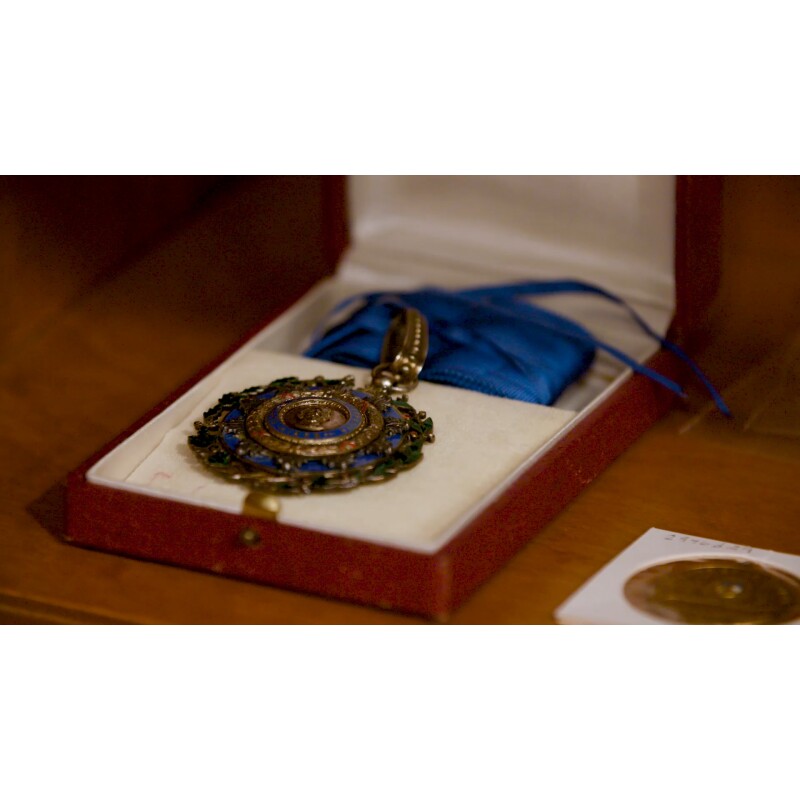 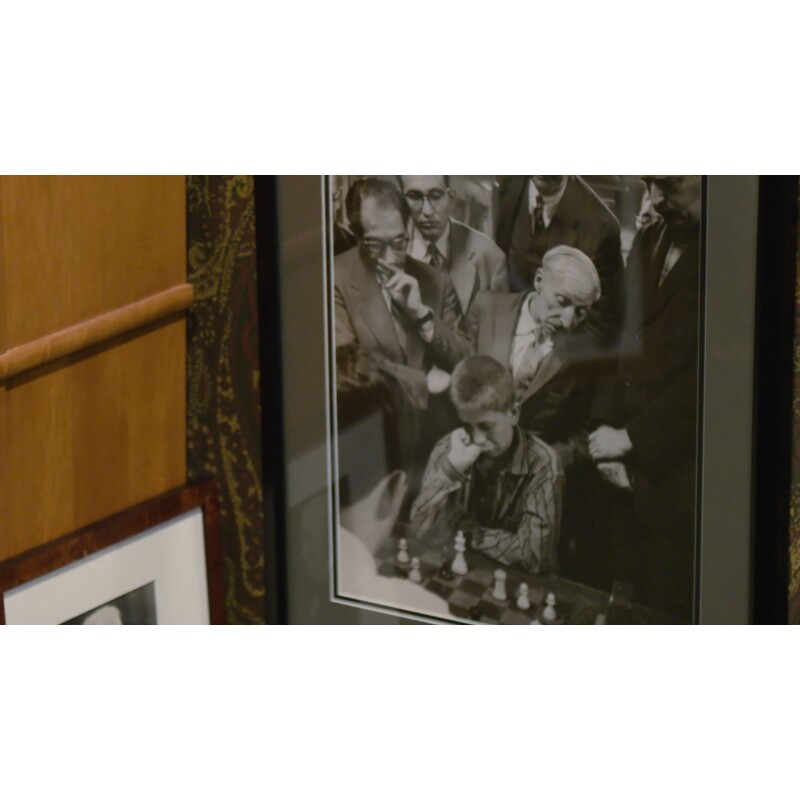 David DeLucia’s passion for playing chess began when he was an undergraduate student at UCLA, but his passion for collecting chess did not develop until several years later when he was working at Solomon Brothers in London. From the modest acquisition of a handful of standard chess books at auction, the DeLucia Collection has grown over the past four decades to become the most comprehensive and important chess collection in private hands, rivaled in scope and significance by only two or three institutional collections.

All of the great highlights of chess literature are present, of course—Lucena, Damiano, Rowbotham, Ruy López, Greco, Severino, Butrimov—but what truly distinguishes the DeLucia Collection is that it is not simply a library, despite containing more than 4,500 volumes. DeLucia’s collecting also encompassed trophies, chess boards, and other artifacts; broadsides, handbills, and other ephemera; photographs and prints; and, most important, original manuscripts of the great masters and world champions, including contracts, scoresheets, and correspondence.

Particularly rich in material for that most enigmatic of chess champions, Bobby Fischer, the DeLucia Collection also feature original manuscripts and signed books by Paul Morphy, Wilhelm Steinitz, Emanuel Lasker, José Raúl Capablanca, Alexander Alekhine, Mikhail Botvinnik, Tigran Petrosian, and Garry Kasparov, among a host of other world champions. The DeLucia Chess Collection, which could likely never be duplicated, is now available for private sale exclusively through Sotheby’s. We invite you to watch the accompanying video for a tour of the Collection by David DeLucia himself.