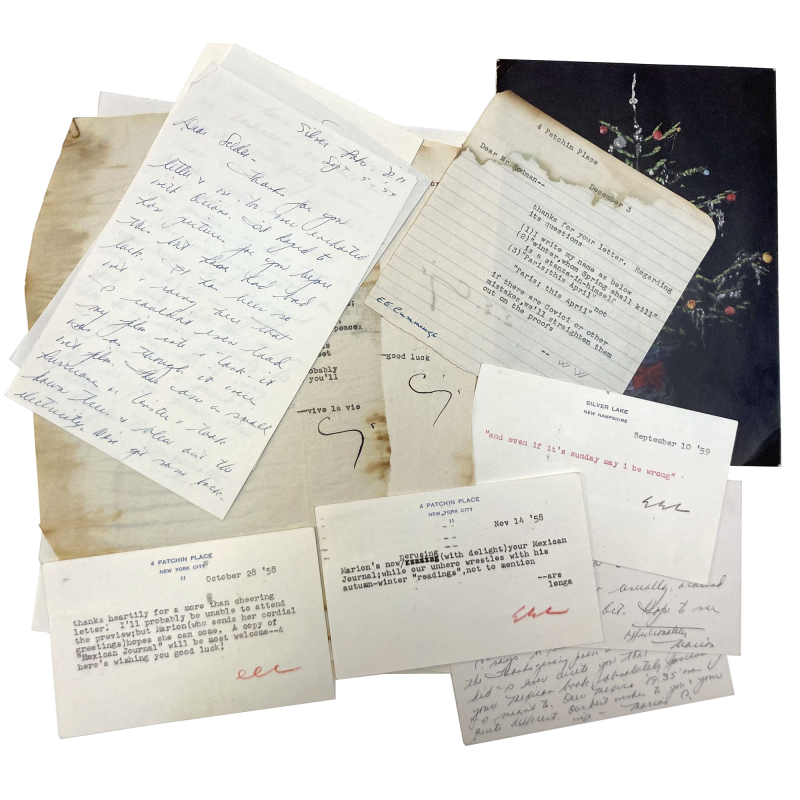 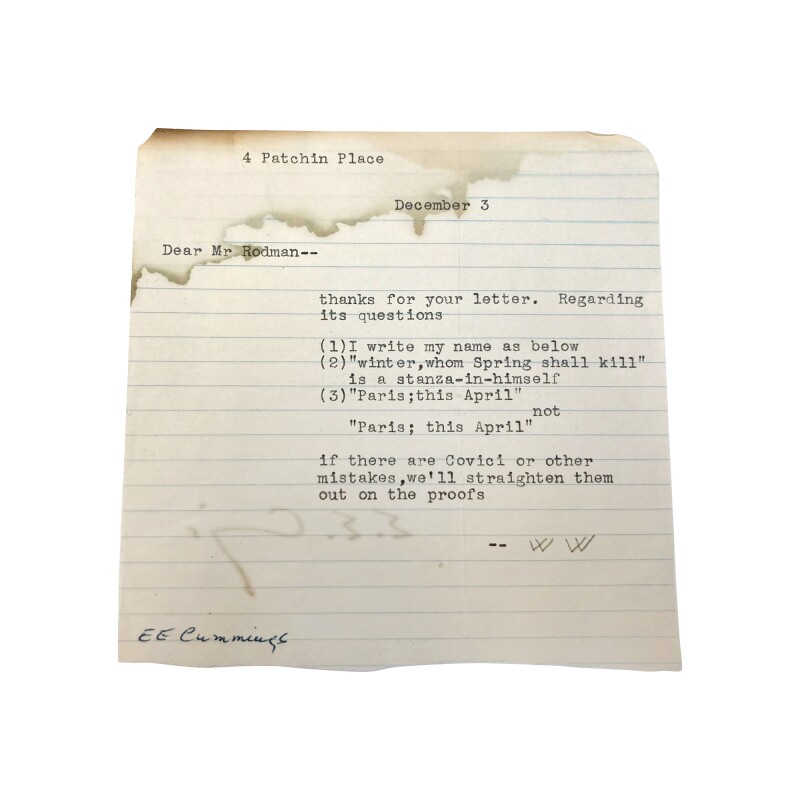 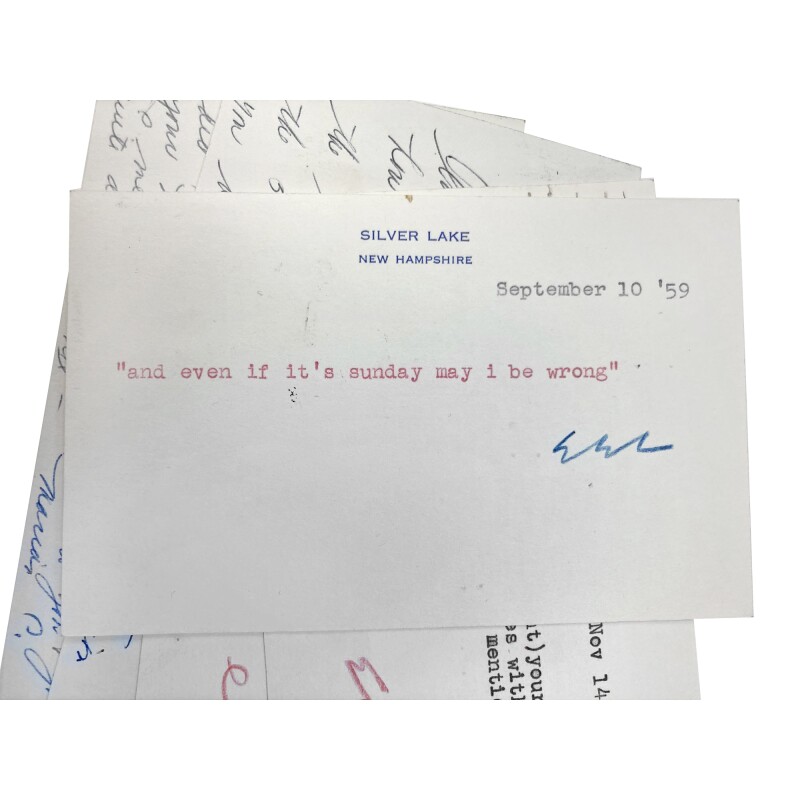 A set of 3 letters, the first being an autographed letter signed from Marion to Rodman, dated July 27, '59 about having Seldon visit them.

The second is a typed letter signed by Cummings to Rodman, dated September 4, '59, that reads in part: "when you suggested calling here with your little daughter, en route to friends in Maine, neither Marion nor I suspected that we might find ourselves entertaining a professional interviewer in disguise[.] now that (Via the book which you so kindly gave me) I realize who was our guest, or rather who he has become, let me make two things perfectly clear—1st, under no circumstances should I consent to be interviewed by him; & 2nd, anything I said in his presence was said privately (id est:not for publication)" and is signed.

The third is a carbon copy of Rodman's response, reading in part: "Your letter of September 4 hurt me deeply. I do not go anywhere, or do anything, "in disguise." Had I wanted to write an interview, I would have asked your permission, and taken verbatim notes on the spot, as I did in the case of each of the artists in the book I gave you...Had I had the underhanded intent you so unkindly suggest, surely the last thing I would have done would be to make a gift of a book capable of arousing such a fear...I did say that if ever in some remote future I become nostalgic enough about the past two write what used to me [to write what used to be] called 'memoires,' I would illustrate it with my photos, and would appreciate adding yours to those that such poets as Frost, Williams, Pound, Jeffers, Auden, et al seemed glad to have me take."

3 typed letters signed by Cummings: the first is dated September and reads "may I somewhat tardily but most sincerely salute your generosity and ask it to believe that the present writer is as sorry to disappoint you as he is delighted to learn that just for a change I'm expensive? —yours for living P.S. no poet is dead." The second is dated February 8, 194–, and tells Rodman to write Cummings' agent regarding him including poems in something Rodman is putting together. The third is dated August 20, 1945, and reads in part, "Now as for 'future plans,' never have plans of any sort; as as for 'this war's war poetry,' I feel that the undersigned (being a participant, however feeble, therein) should hold his peace."

1 greeting card with artwork based on a painting by E. E. Cummings, "greetings to you + B. from Cummings + Marion."

1 typed letter signed, dated Dec 3, from E. E. Cummings answering three questions posed to him, being how he writes his name and two corrections to his poems, with a note that they can correct any other mistakes in the proofs.

2 postcards, dated October 28 and Nov 14, '58, the first with greetings and asking for a copy of Rodman's "Mexican Journal" [Mexican Journal: The Conquerors Conquered], the second reading "Marion's now perusing (with delight) your Mexican Journal; while our unhero wrestles with his autumn-winter 'readings,' not to mention—ars longa," both signed with "eec" in red.

1 postcard, dated September 10, '59, with a line from Cummings poem "may my heart always be open to little…," reading in red ink "and even if it's sunday may i be wrong" and signed by him with "eec" in blue.

Typed letters have some scorching in the margins, some loss of letters and edges trimmed.

Times literary supplement has water-staining to the upper edge and upper left corner.