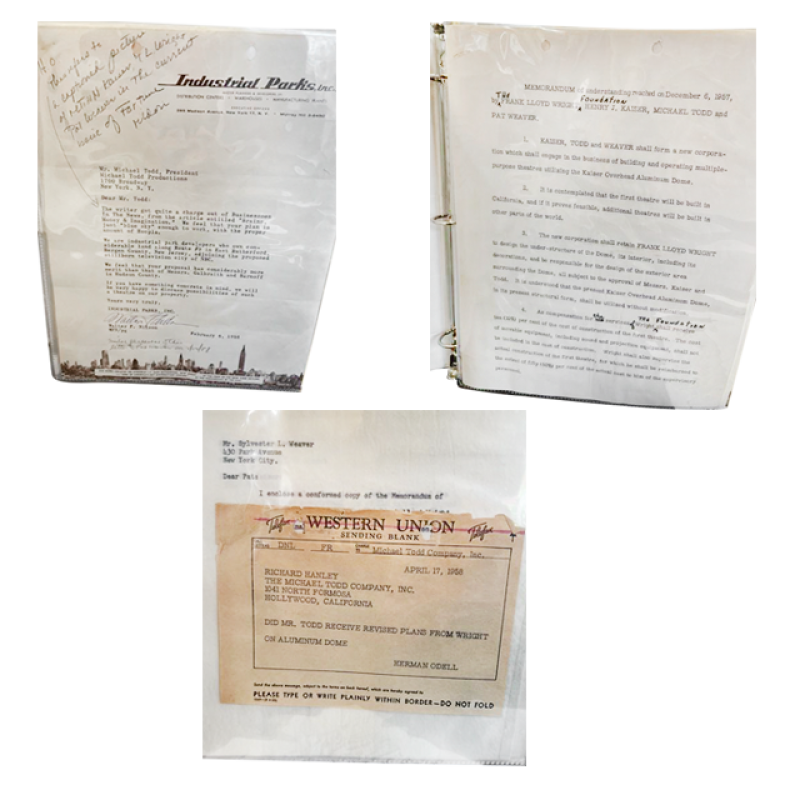 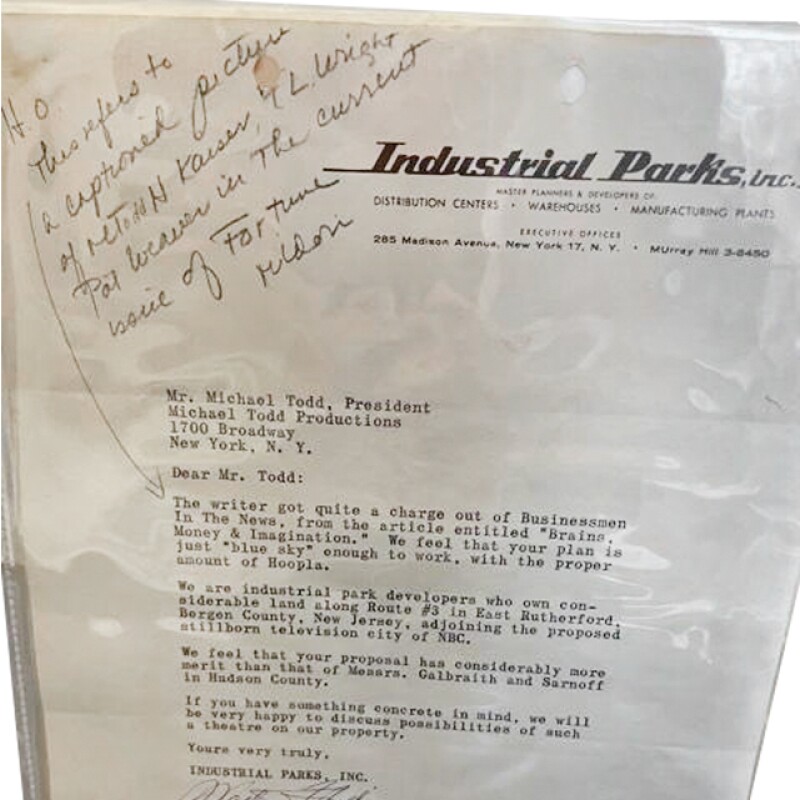 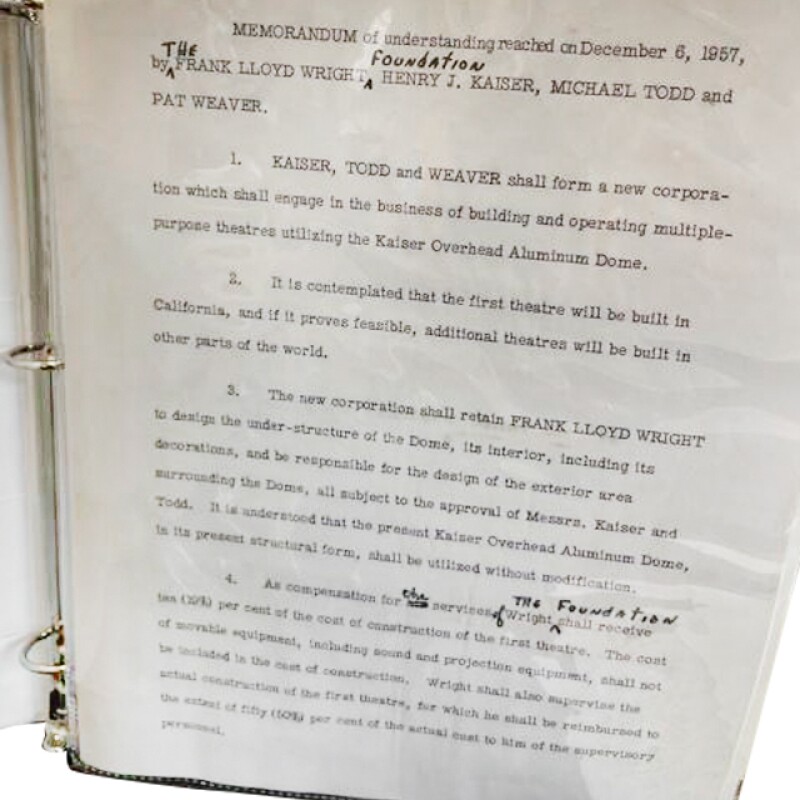 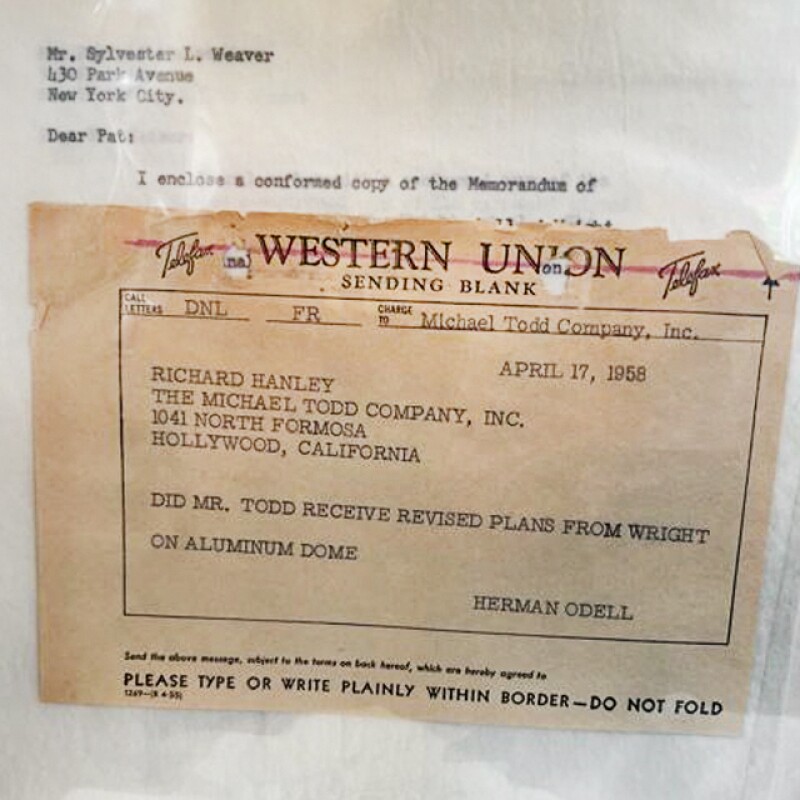 The paper trail of a project from 1957 for an unbuilt aluminum dome theater to be designed by Wright that would not only be used to screen movies but also for live performances and civic events.

The principals were the producer Mike Todd (who seems to have originated the project). Henry J. Kaiser (who worked with Buckminster Fuller on a geodesic dome theater), Pate Weaver, an NBC producer, and Wright.

Double hole punch at the top of each page, otherwise in very good condition.