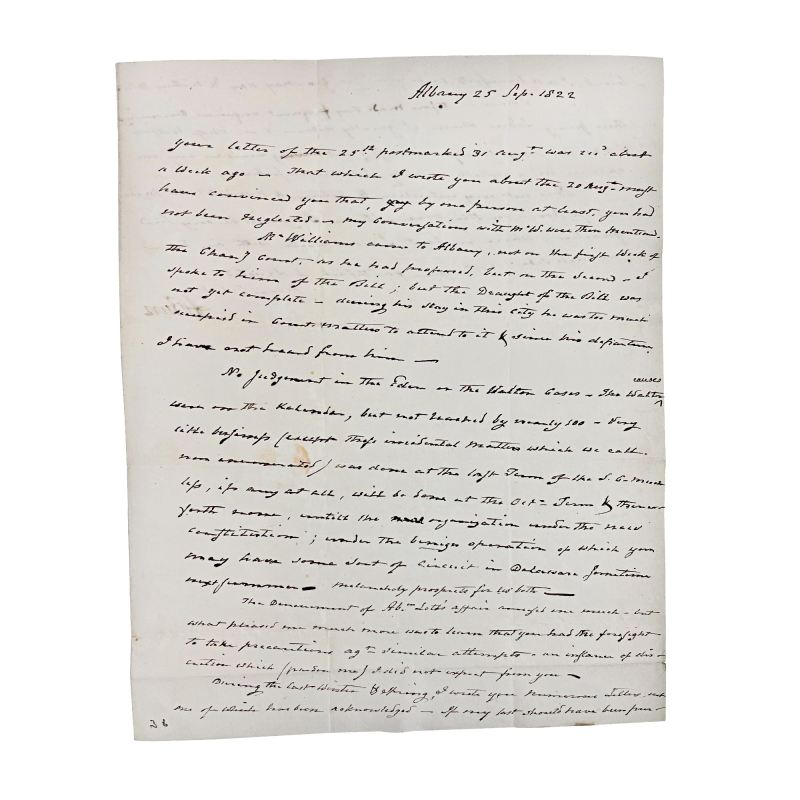 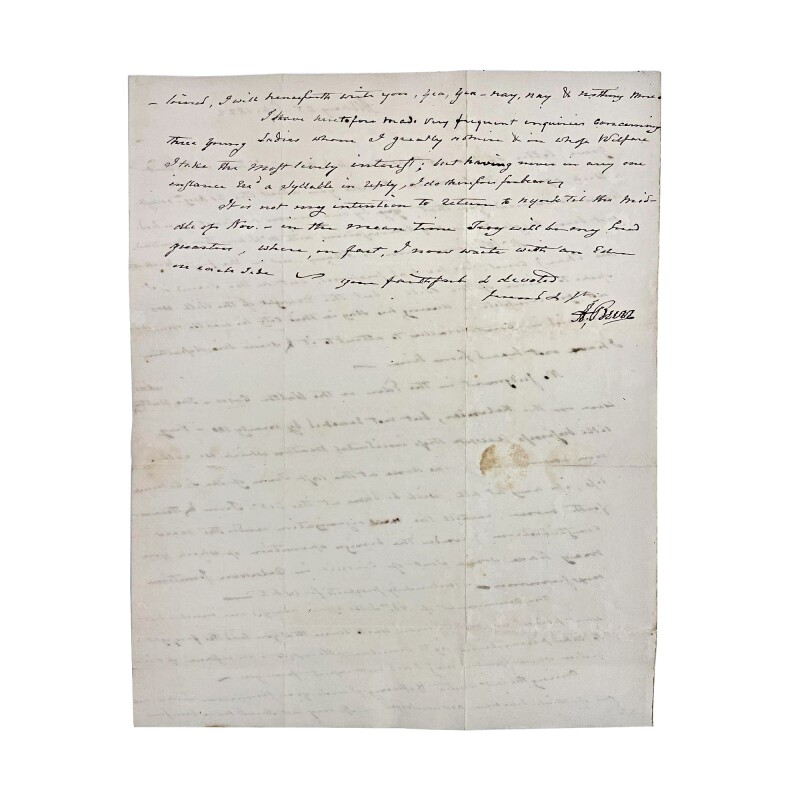 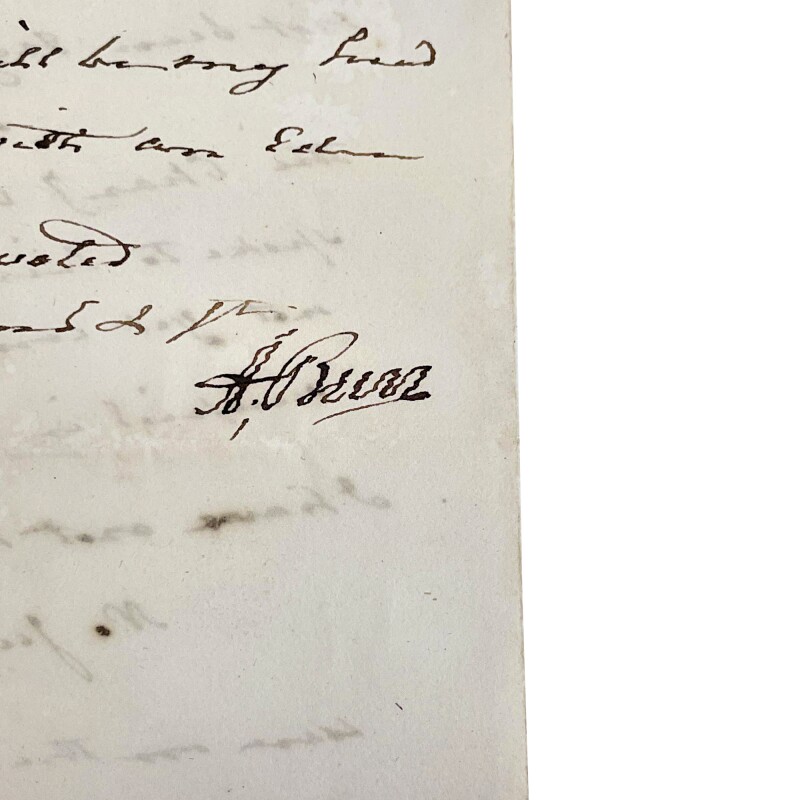 Signature belonging Aaron Burr. Dated September 25, 1822. Addressed to Martha Bradstreet, recently back in the United States after his nearly decade-long exile in England, had returned to his law practice. The recipient of this letter, Martha Bradstreet, was one of his clients. Bradstreet (1780–1871) was the granddaughter of General John Bradstreet, a veteran of the French and Indian War. In this letter, Burr makes mention of the Eden family and several other legal proceedings in which he was at this time involved.