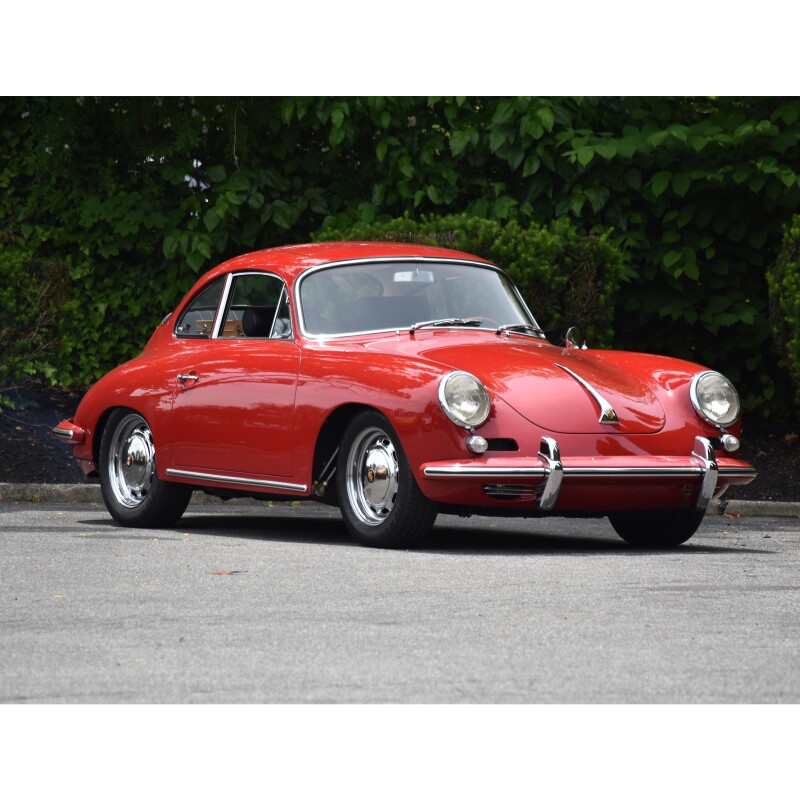 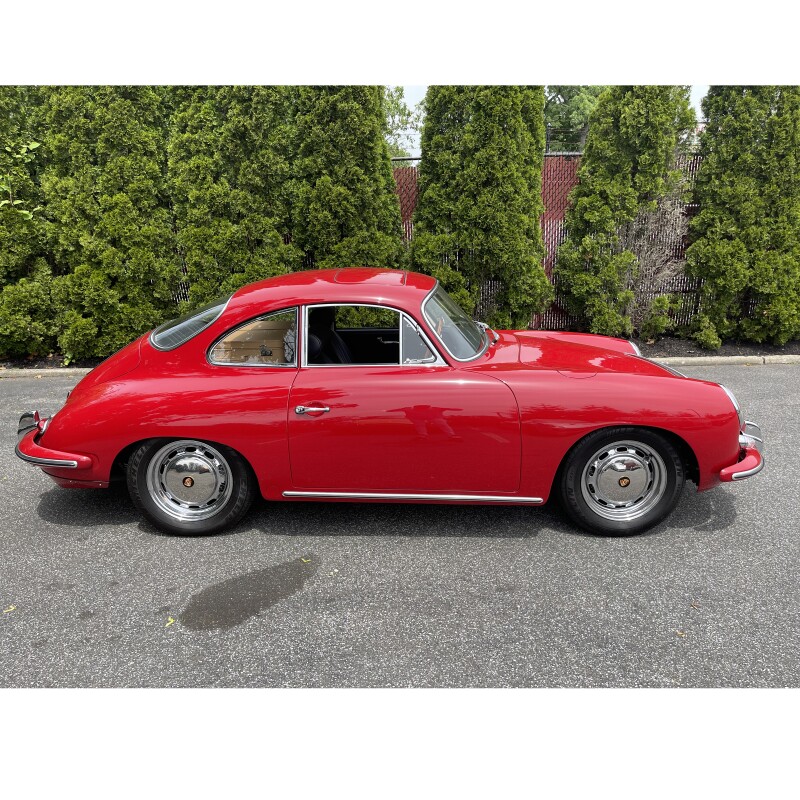 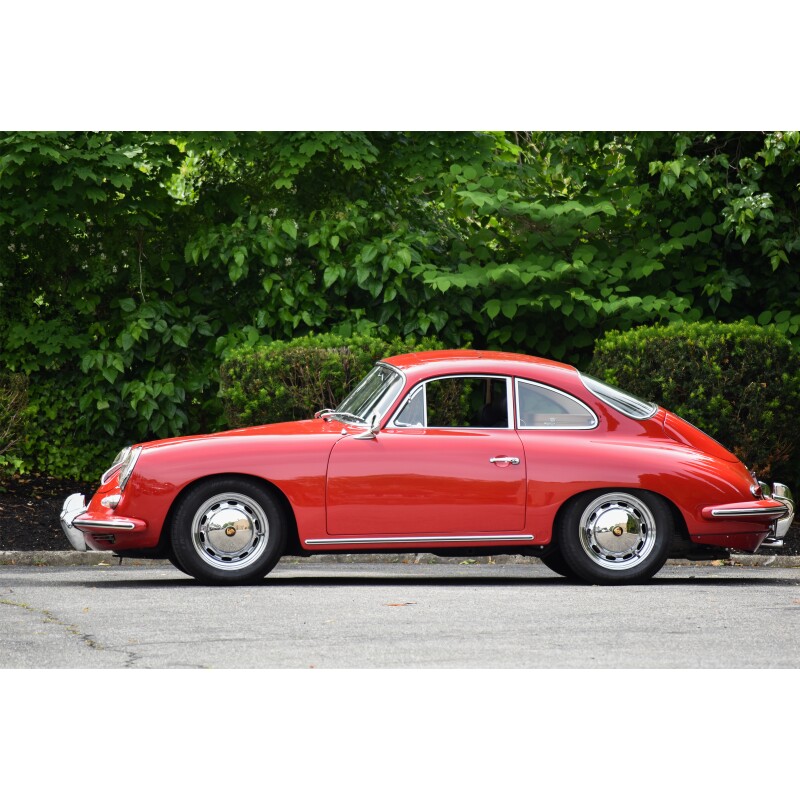 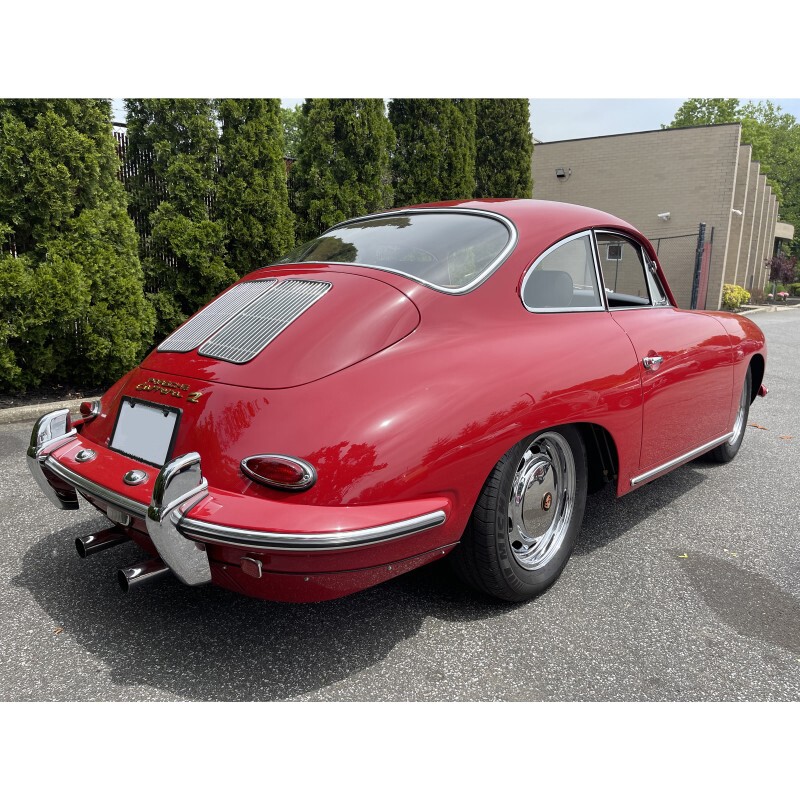 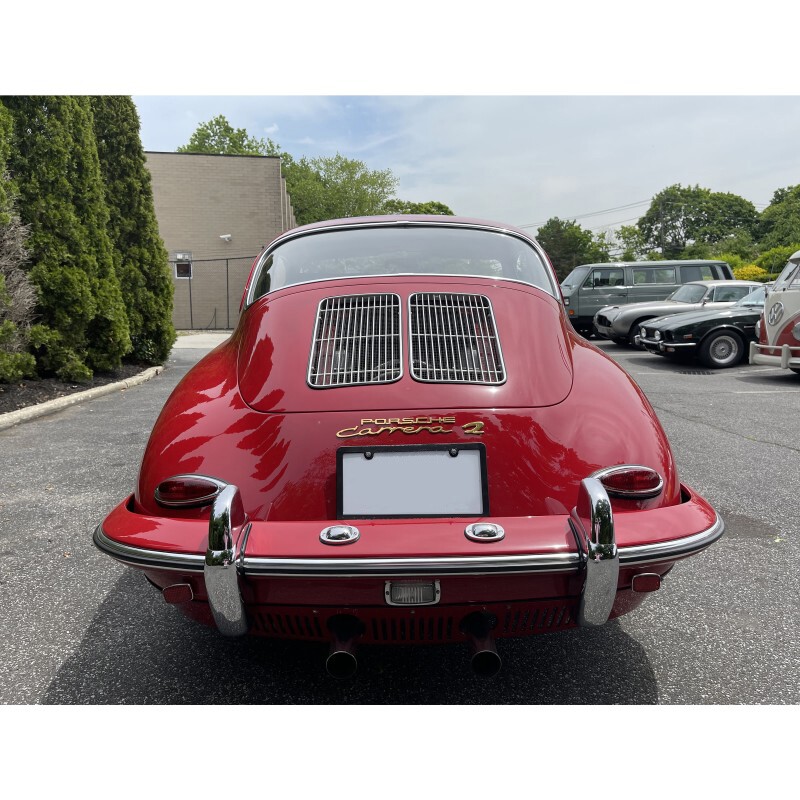 Carrera 2s are not only very rare, but very special, having the two-liter, four-cam GS engine pushing 130 bhp. Road & Track tested the Carrera 2 in 1962 and proved a 0-60 time of just under 9 seconds for the 2,220 pound Carrera and hitting a factory advertised 126mph. The Carrera 2 also came equipped with independent front suspension with torsion bars, anti-roll bar, trailing arms and telescopic shock absorbers, independent swing axle rear suspension with torsion bars and telescopic shock absorbers, and disc brakes. This Ruby Red Carrera 2 was later installed with a Carrera GT four-cam engine producing 160bhp. Only 31 of these 587 Type 2 GT engines were installed in 356s and this Carrera 2 has the very first GT engine produced.

Originally delivered new in Munich, Germany, to Dr. Werner Müller, this Carrera 2 then found its way to Southern California to vintage racer Wayne Baker in the late 1980s. Baker sold the car to his friend, who embarked on a multi-year restoration to bring this Carrera to better-than-new specifications. Every piece was removed and refinished to the highest standards. The entire body was brought down to bare metal where no rust was found and the 356 still had its numbers matching body panels. Pieces were sent to 356 specialist Victor Miles to ensure everything was perfect before reassembling the car. The interior was redone with original black upholstery with black corduroy inserts and the rare factory luggage was replicated. Having sourced the 587/2 GT engine, this Carrera 2 is one of the fastest and smoothest 356s to be found.

As one of 310 produced, this rare Carrera 2 sunroof coupe is finished in its original livery. The body, paint, and interior are in excellent condition and it has been extremely well-maintained regardless of use in its most recent collector ownership. It is complete with its Kardex, and service history file. This Ruby Red Carrera 2 is an excellent opportunity to acquire a restored and fast 356B with desirable options for the 356 enthusiast.

Complete cataloging and additional images may be viewed here.