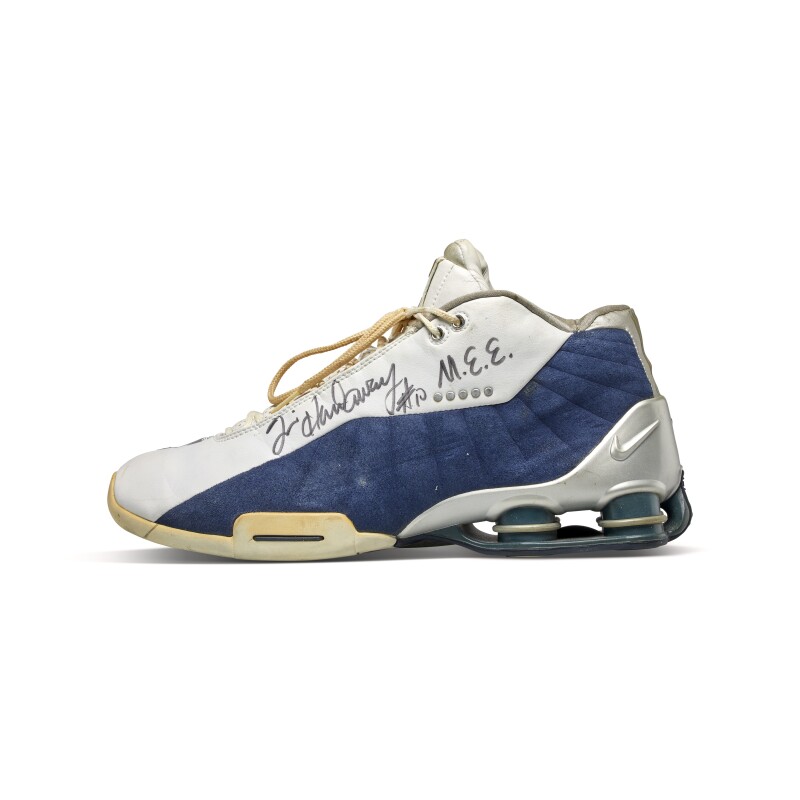 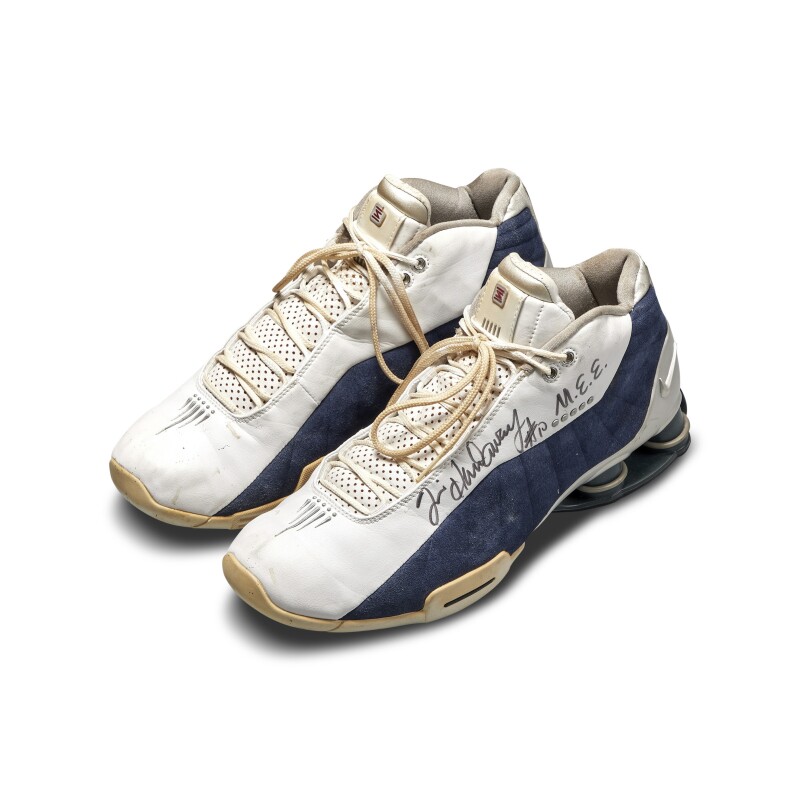 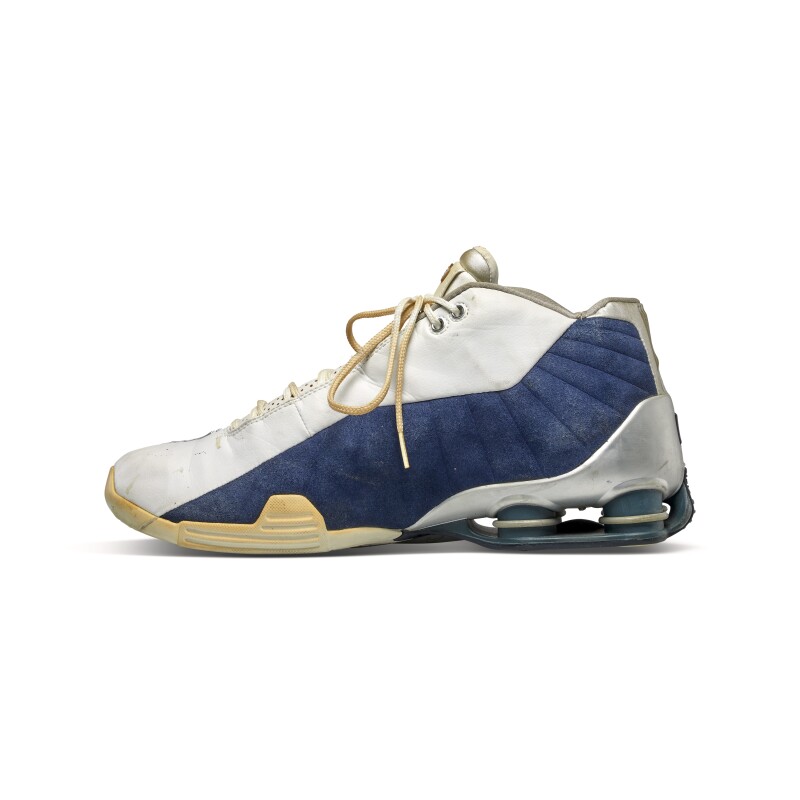 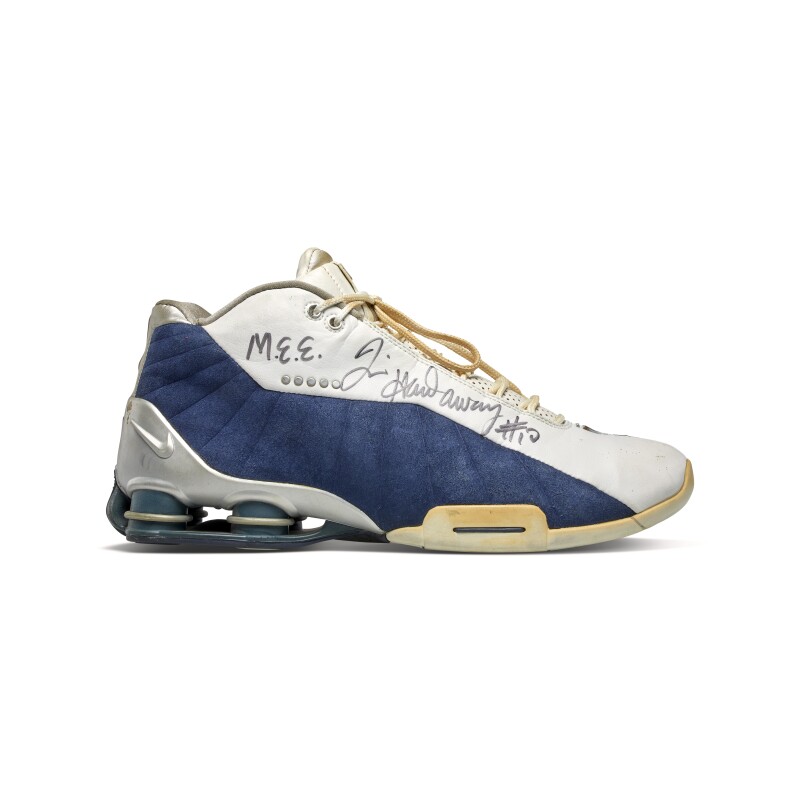 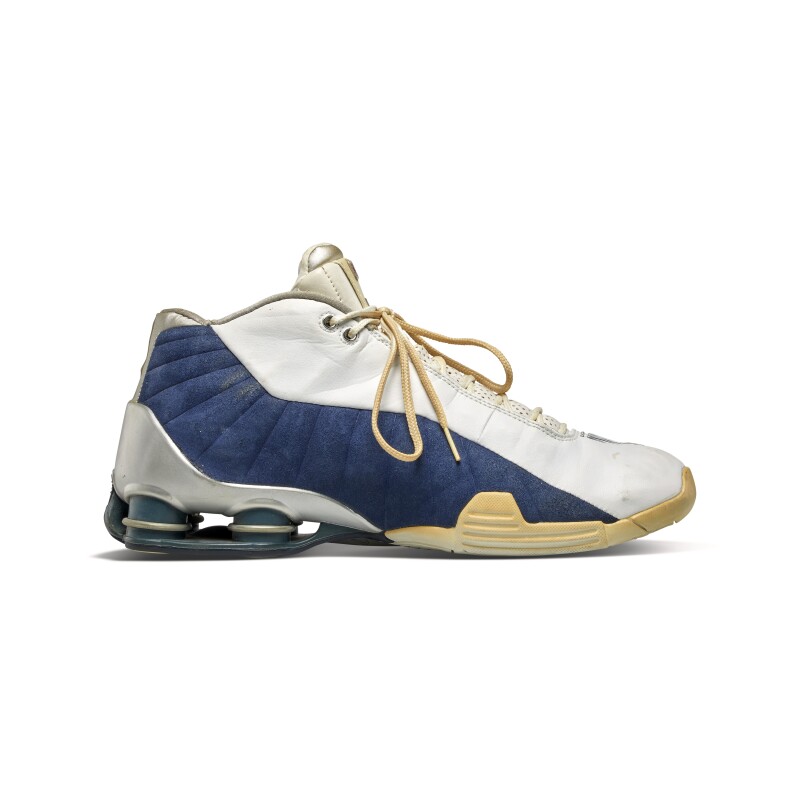 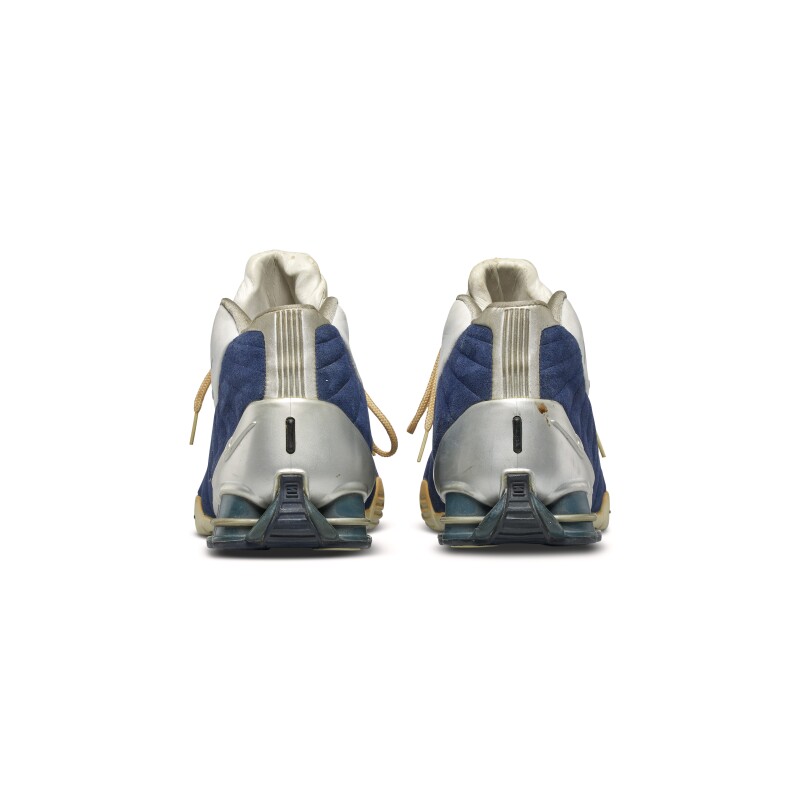 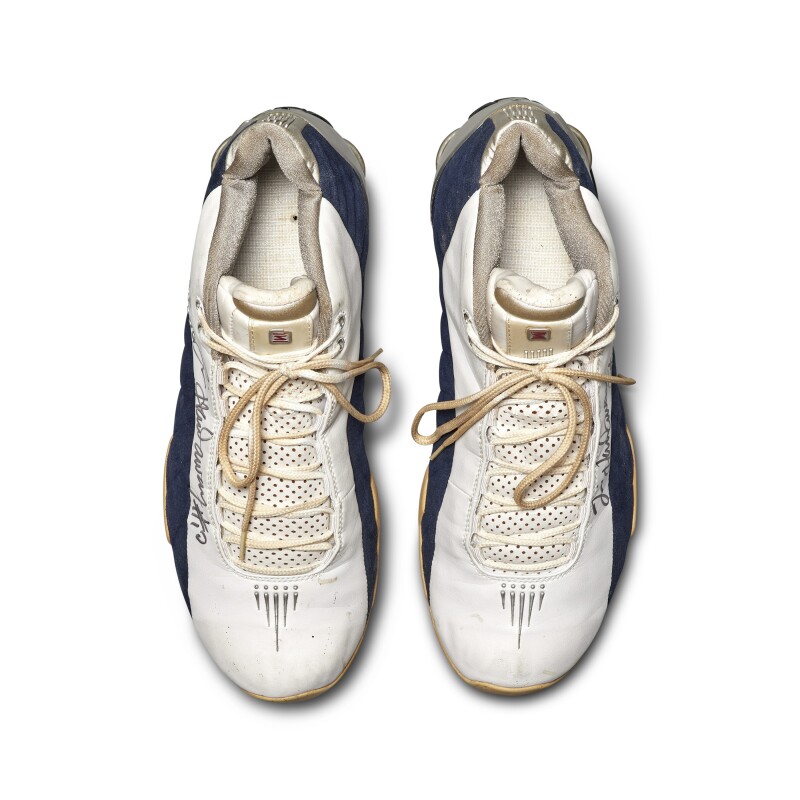 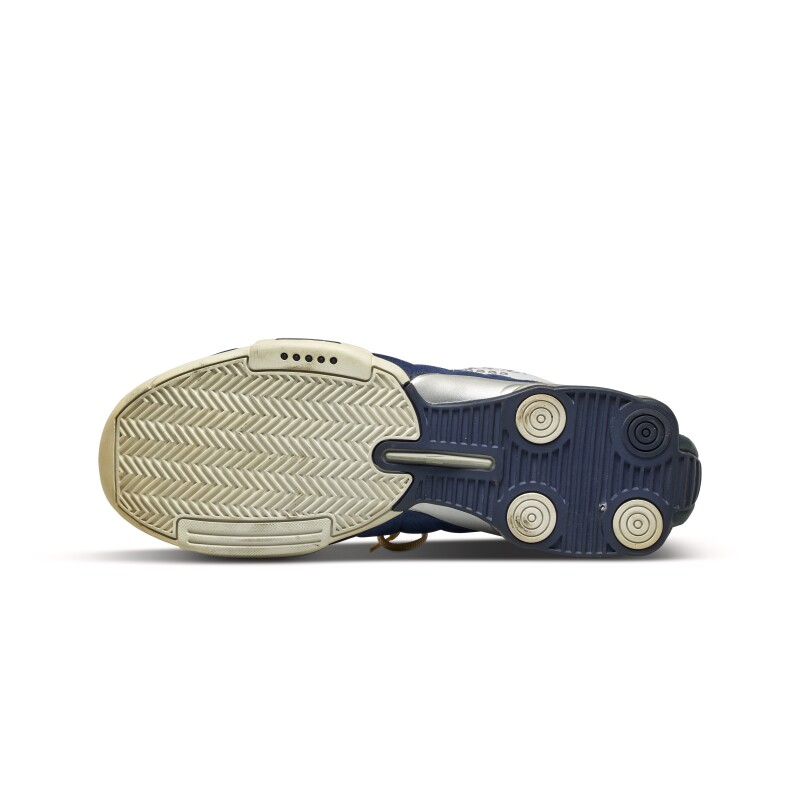 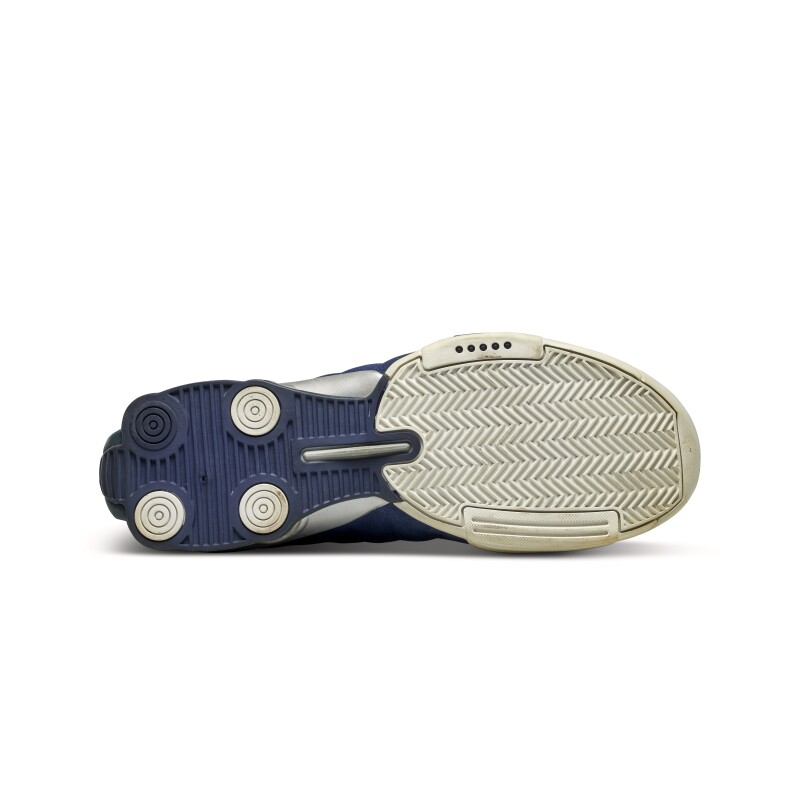 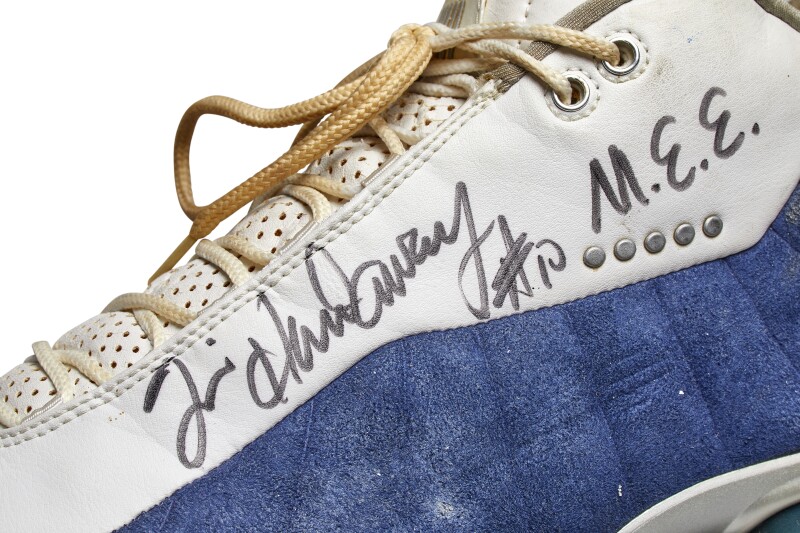 These sneakers were worn by Tim Hardaway in 2001 while playing for the Miami Heat. In 2003 Hardaway ended his 13 season career as a 5 time All-Star performer and 4 MVP award shares, known for his killer crossovers.

This pair of Nike Shox BB4s are signed by Hardaway on the lateral side of each shoe with this jersey number 10. He included ‘M.E.E.’ which is a tribute to his late grandmother.

The Shox series was originally introduced by Nike in 2000. It was a groundbreaking technology that took scientists and engineers more than a dozen years to perfect. ‘BB4’ was the first edition of Shox for basketball and the 4 stands for the number of shock absorber pods on each heel.

Outsoles, midsoles and laces are discolored due to age.