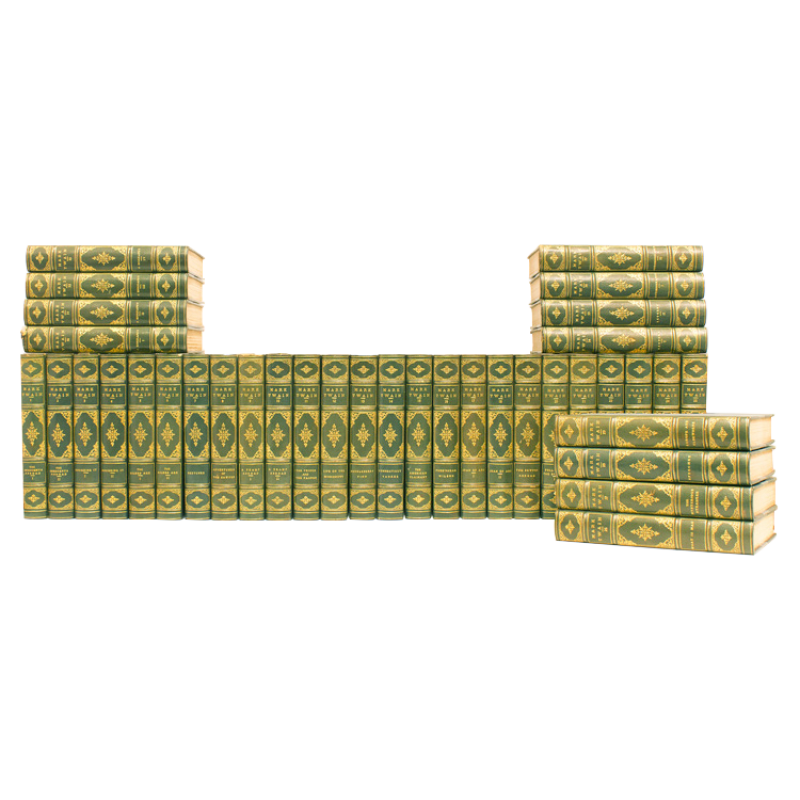 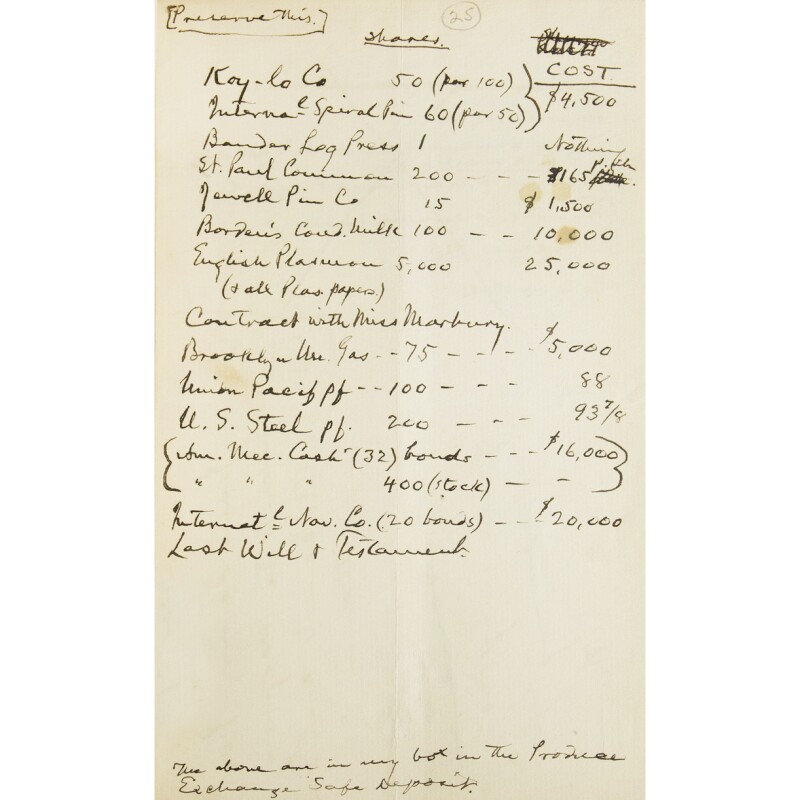 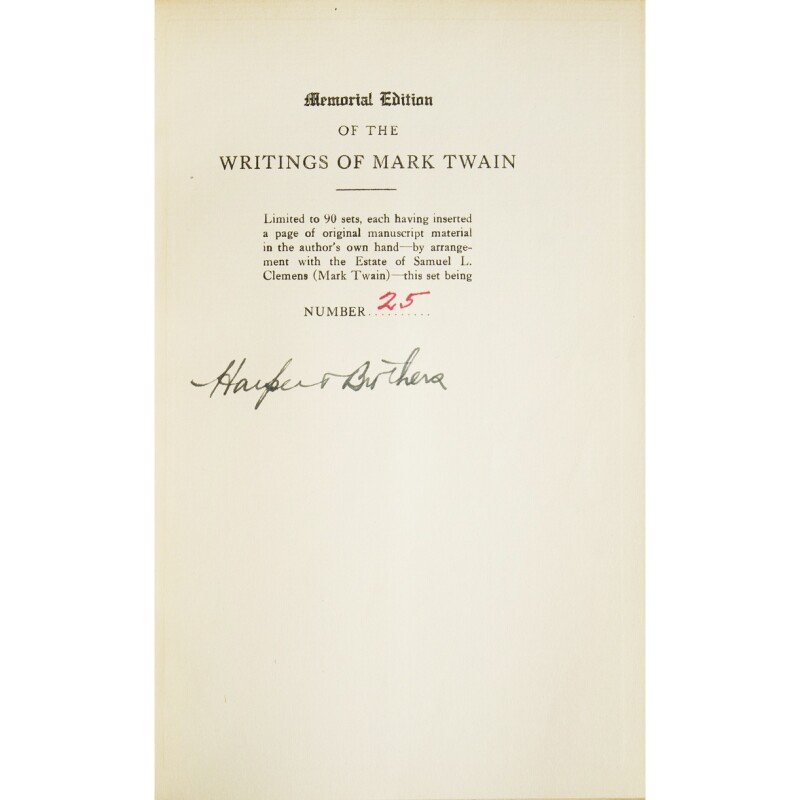 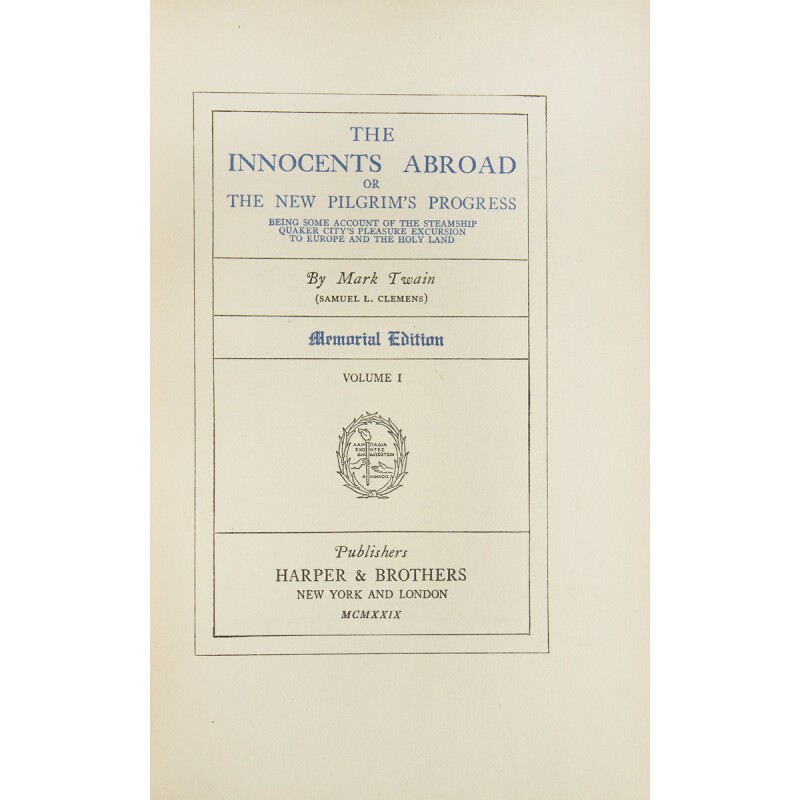 The Writings of Mark Twain

Memorial Edition each having inserted a page of original manuscript material in the author's own hand, by arrangement with the estate of Samuel L. Clemens (Mark Twain) with manuscript notes for his last will and testament.

The Memorial Edition, issued in ninety copies, with a leaf of manuscript, was printed at the same time as the Stormfield Edition. This set is finely bound by Stikeman and includes a spectacular manuscript memorandum from the pen of Samuel Clemens encapsulating the concerns of his later years. On a sheet of notepaper of The Grosvenor Fifth Avenue & Tenth Street, undated (circa 1909?) he writes a list of tasks:

Rogers ask about will & answer Skinner by telephone

He has struck through several items on the list, and written a draft of a letter to his daughter Jean (1880-1909):

Jean Dear, I’ve been to the Harpers and told them to send you the Martyrdom of an Empress. Lovingly, Father

On the other side, Clemens has written a listing of his shares, with associated costs, including 100 shares of Borden’s Cond. Milk and Union Pacific preferred, 200 shares of U.S. Steel preferred, and stocks and bonds in Am. Mec. Cash. There are also notes on his holdings in English Plasmon and the Bandar Log Press.

The list is headed "[Preserve this.]” and marked below: “Last Will & Testament.”

“The above are in my box in the Produce Exchange Safe Deposit.”

“Rogers” is Henry Huttleston Rogers (1840-1909), oil and railroad tycoon and Clemens’ great friend and benefactor for a decade and a half. Rogers had secured the Clemens copyrights for Livy in the failure of Charles L. Webster and Co. in 1894. Rogers gave Clemens sound financial advice (but Clemens was still prone to enthusiasms and speculations).