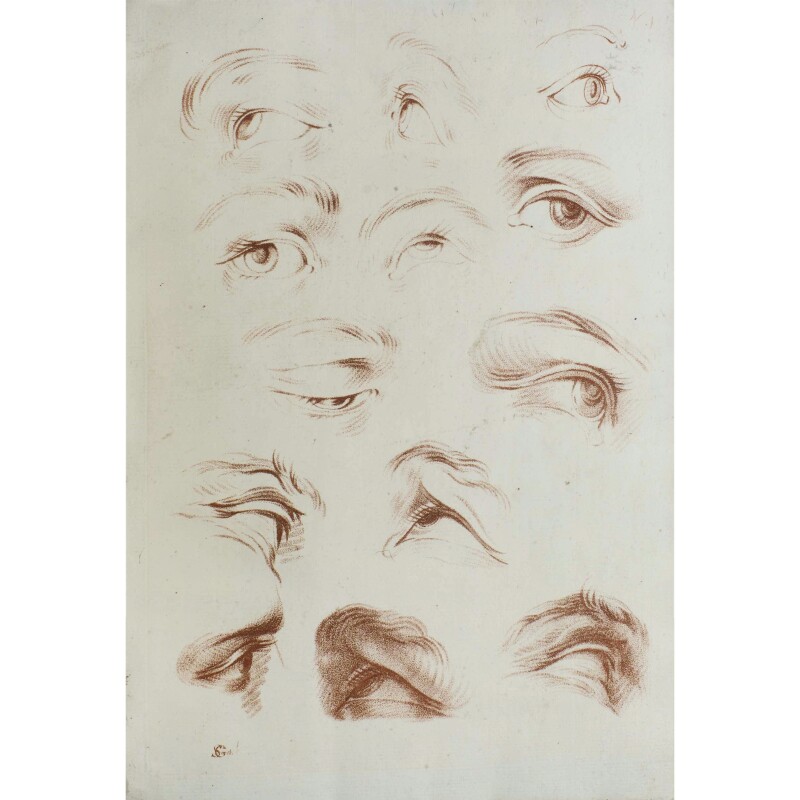 The School of Art

Rare bound set of Smith's drawing book that served as a tool for young artists and amateurs to copy European masters.

"Smith is generally credited with popularizing crayon manner engraving in England, mainly because he executed a series of plates in this style from designs by Watteau, Boucher, Edmé Bouchardon, and others—including 12 Heads Selected from Monsr. Le Brun's ‘Passions of the Soul’, printed for Robert Sayer—which were all published together on sixty folio copperplates by John and Carrington Bowles and Sayer as The School of Art, or, Most Compleat Drawing-Book Extant (1765). There had been no market for the technique when it was first used by Pond, but by the 1760s the English had developed a taste for French drawings. The preface to Smith's drawing book indicates that it appeared not only to fill that market, but also, by placing less emphasis on proportion and perspective and containing more examples of landscapes, rococo cartouches, and flower drawings, to respond to the growing demand for drawing books which catered to the new, often female, type of amateur whose numbers were beginning to increase around this time." ODNB.