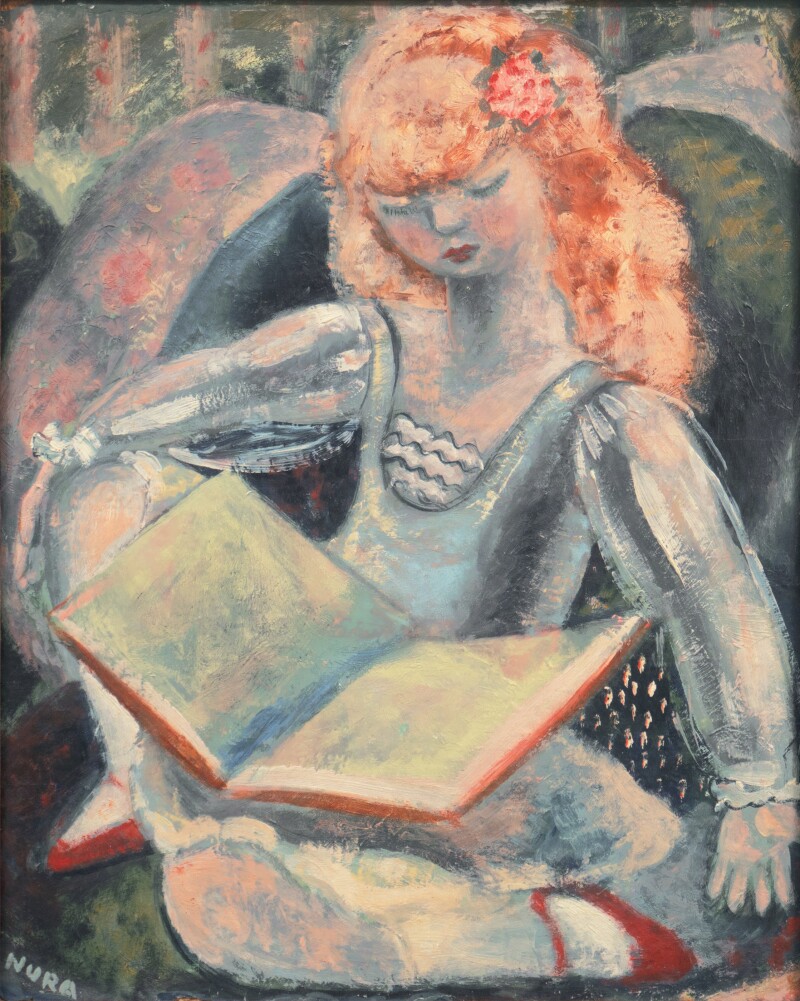 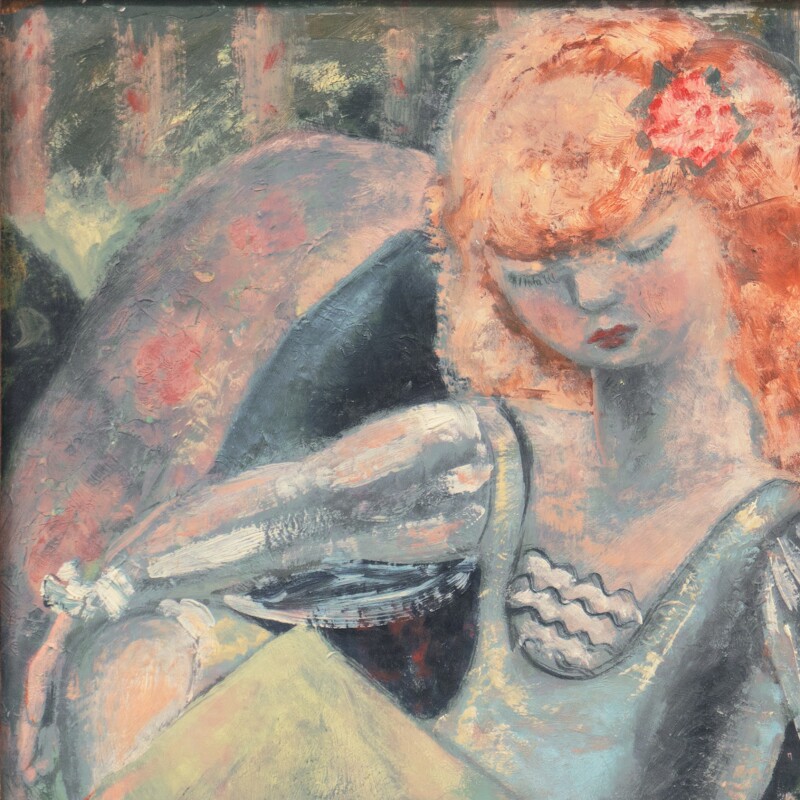 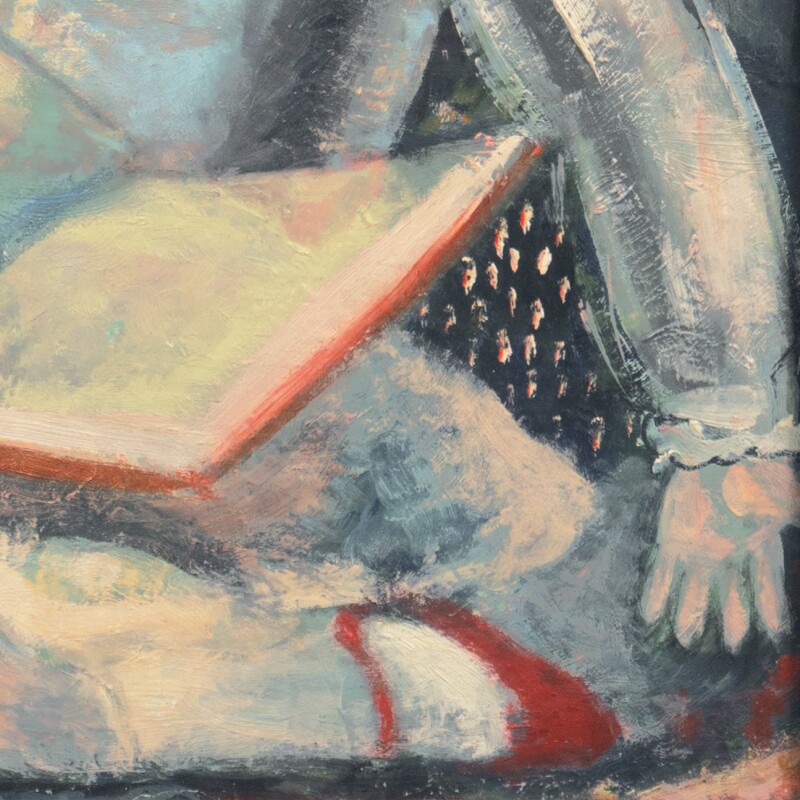 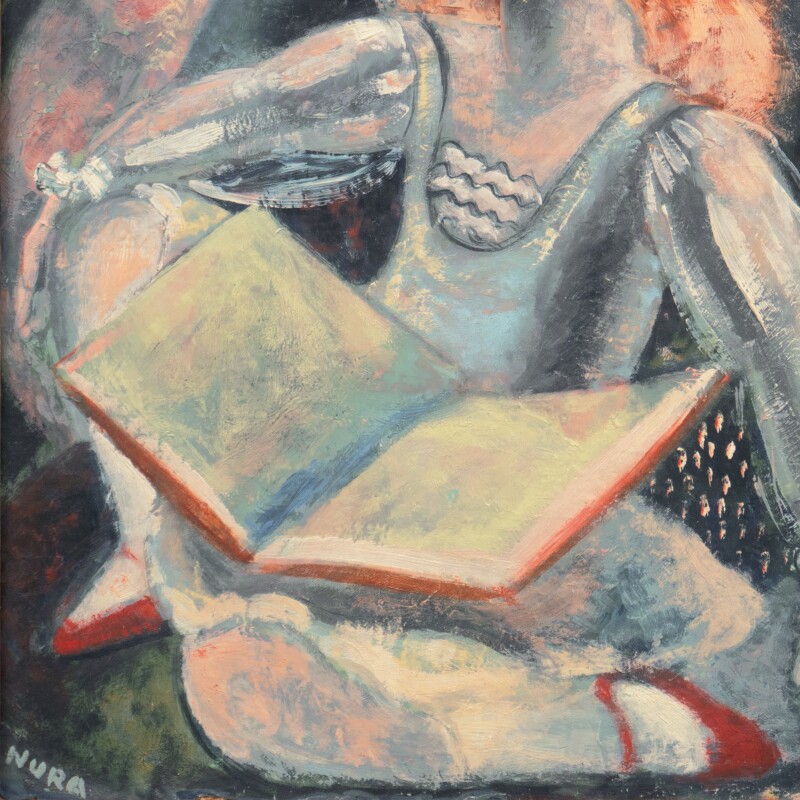 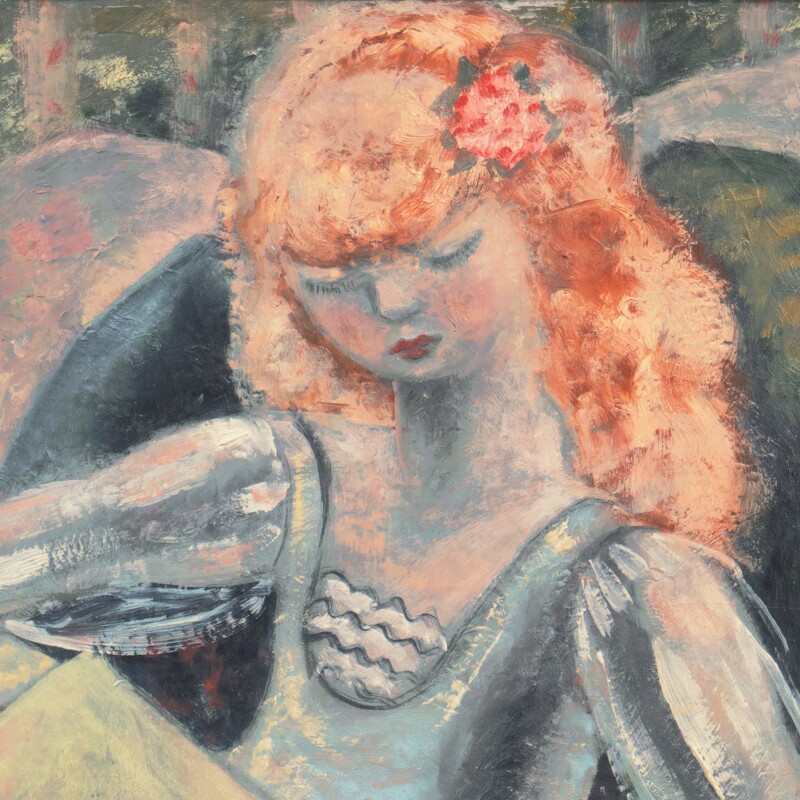 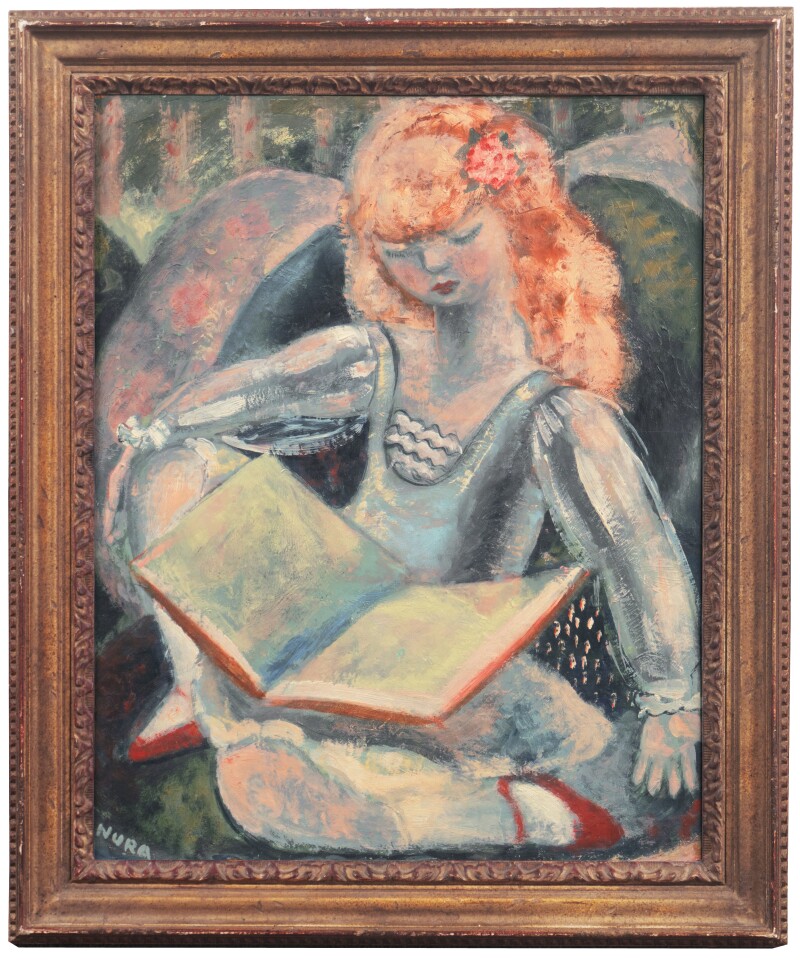 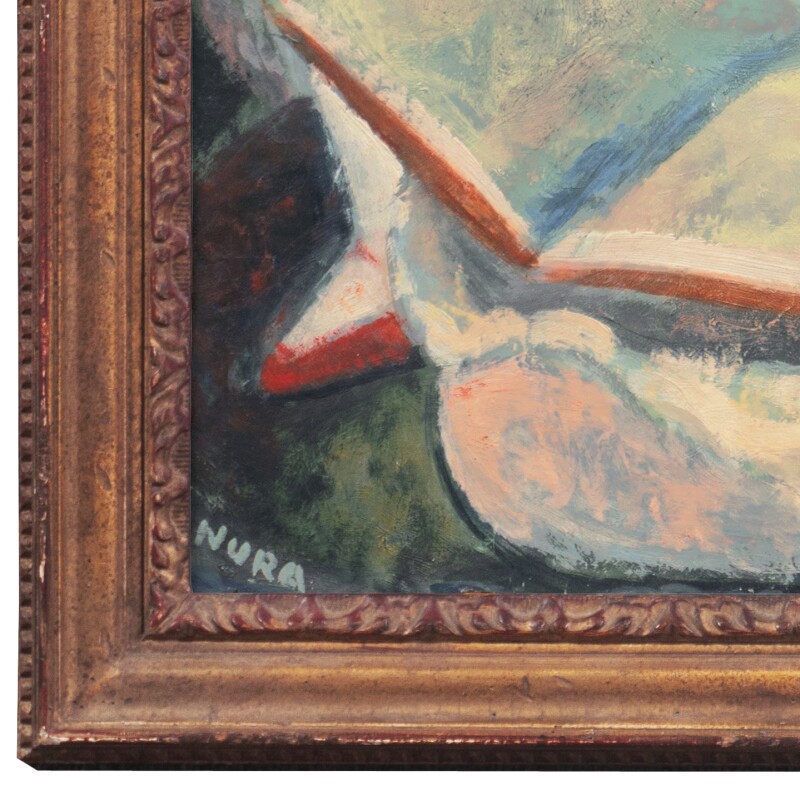 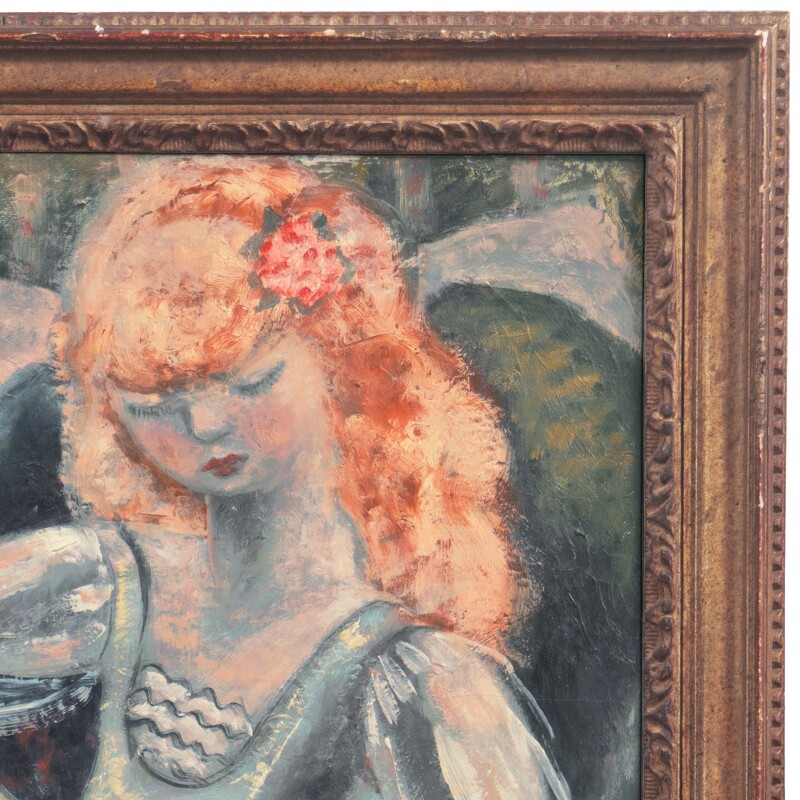 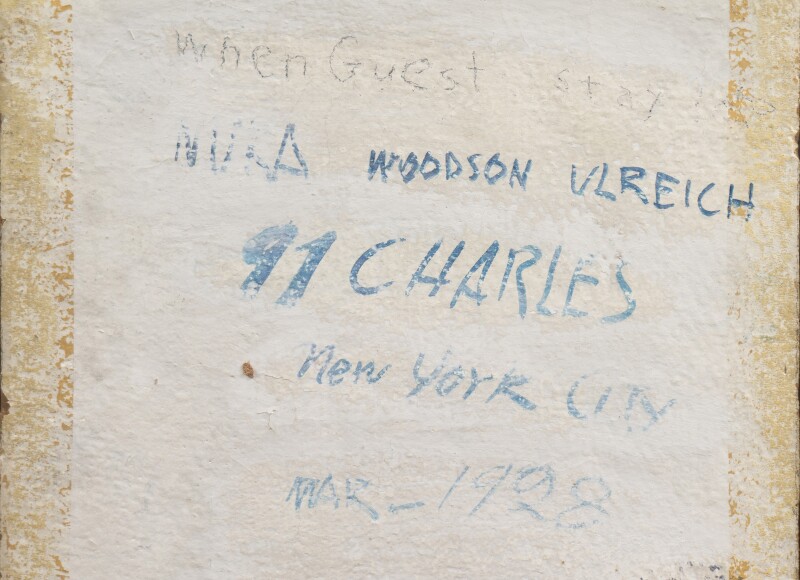 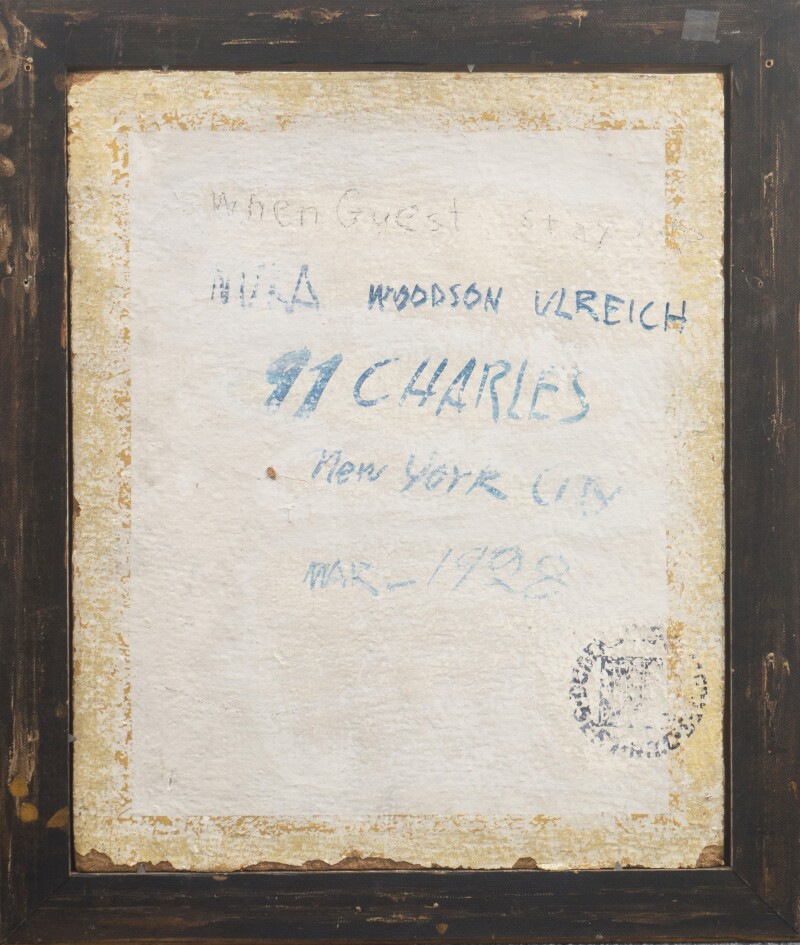 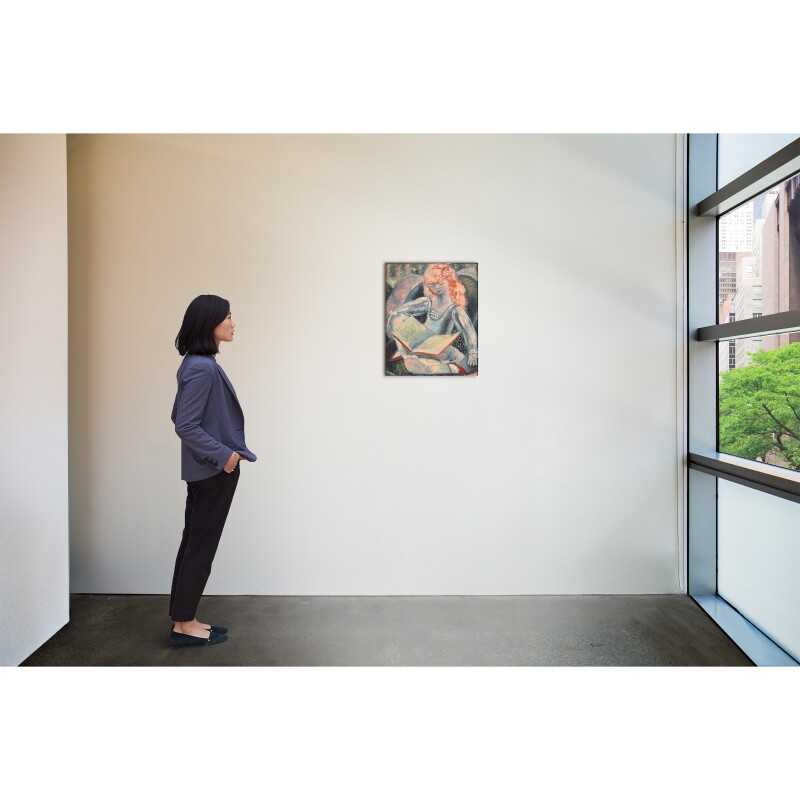 Oil on illustration board

This work is sold in a giltwood frame.

This early twentieth-century painter, lithographer, muralist, author, poet and illustrator first studied at the Kansas City Art Institute before attending the Chicago Academy of Fine Arts and New York's Art Students League. Nura Ulreich subsequently studied under John French Sloan and, later, with Frederic Gruger. She then moved to Paris where she lived for several years, exhibiting widely and with success, including at the Salon d'Automne where she met her husband, the American artist Edward Buk Ulreich.

After returning to the United States, Ulreich continued to exhibit widely, including at the Art Institute of Chicago, the Corcoran Galleries Biennials (1928–39), the Salons of America, the Society of Independent Artists (1928, 1941) and the Pennsylvania Academy of Fine Arts (1929–1931). Nora Ulreich's work is included in numerous private and public collections including the permanent collections of the Smithsonian Art Museum, the Walker Art Center, the San Diego Museum of Art and the David Winton Bell Gallery at Brown University among others. We are pleased to offer a lyrical figural work by this notable American Modernist.