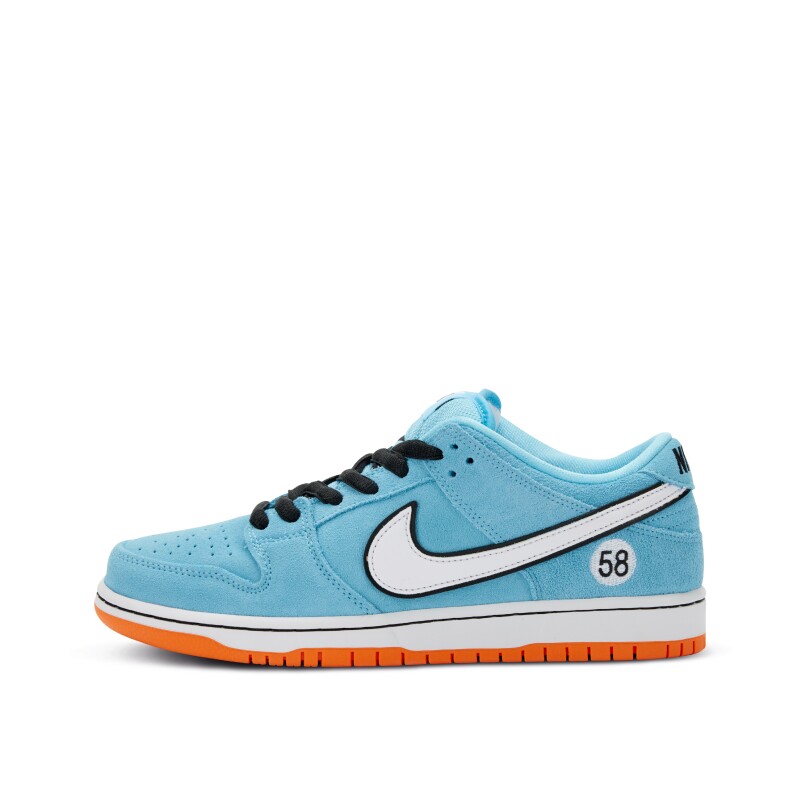 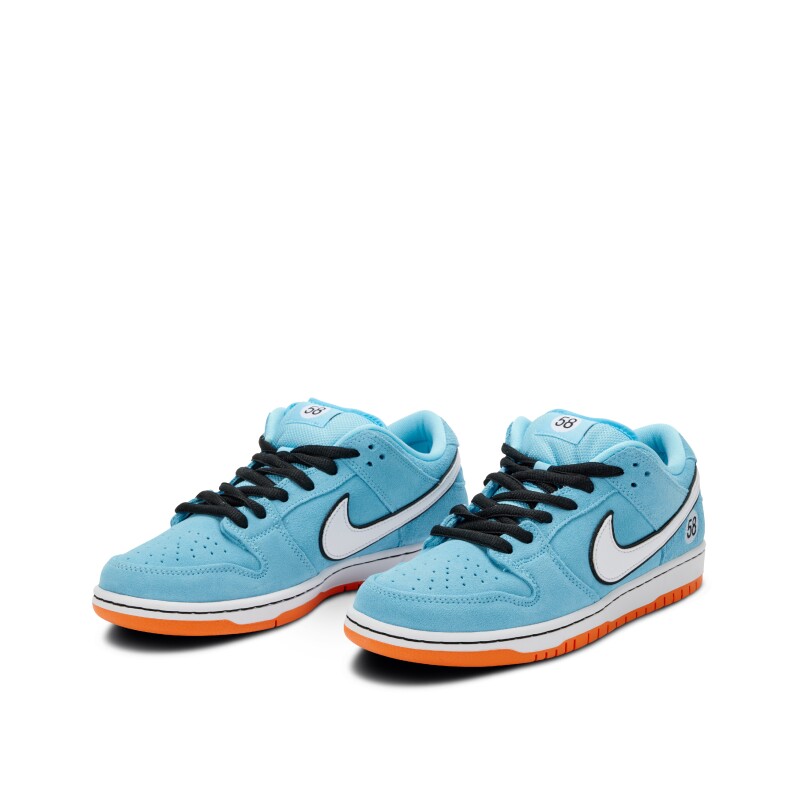 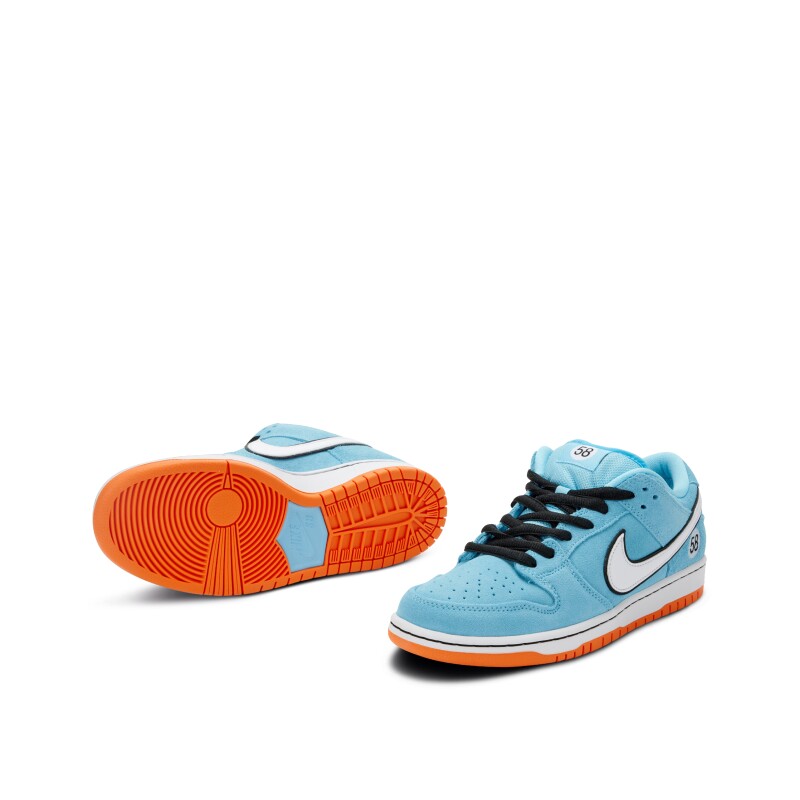 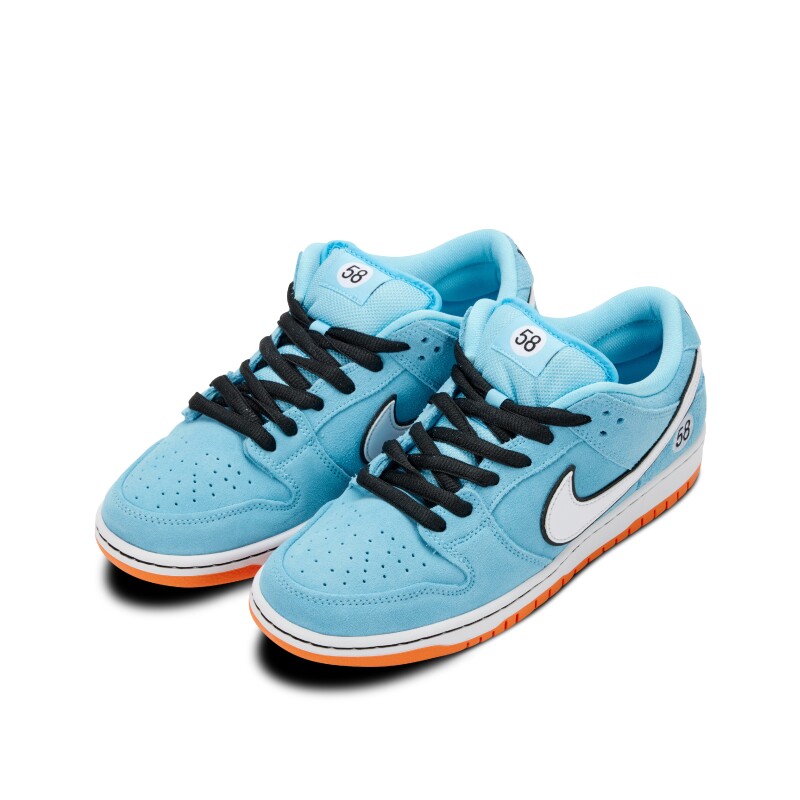 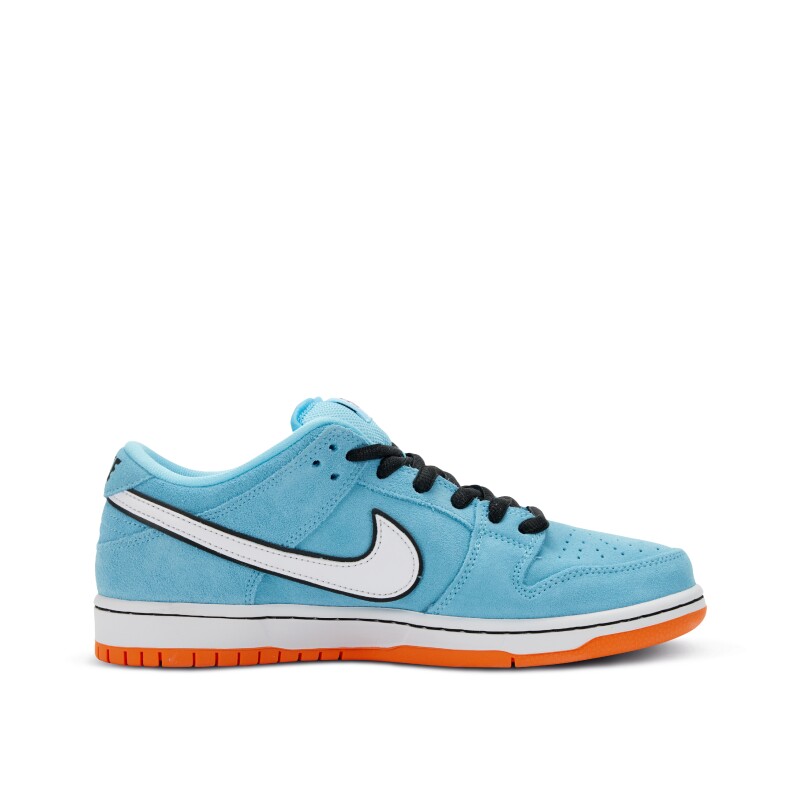 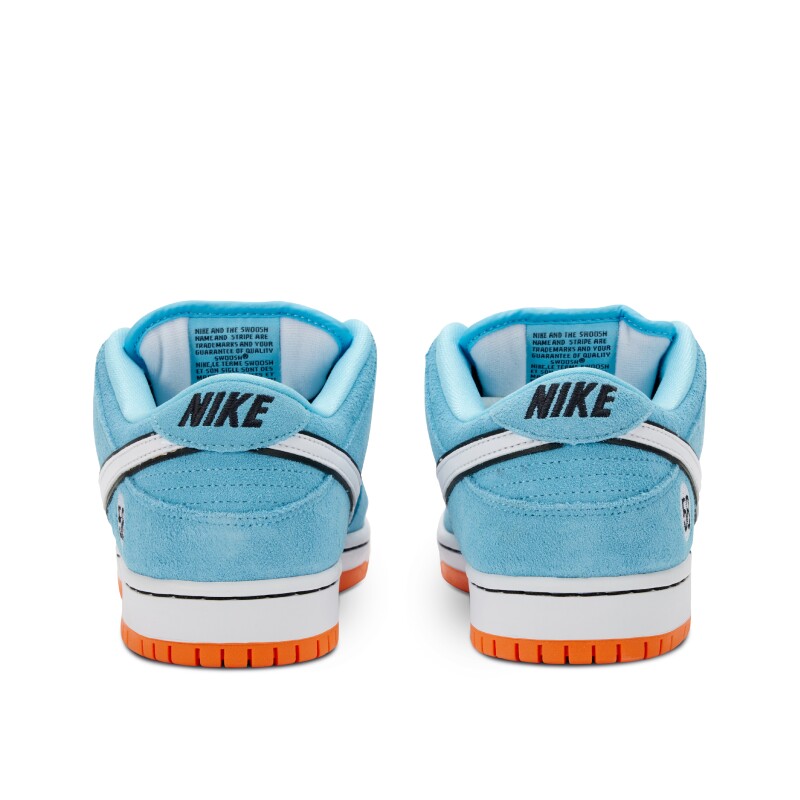 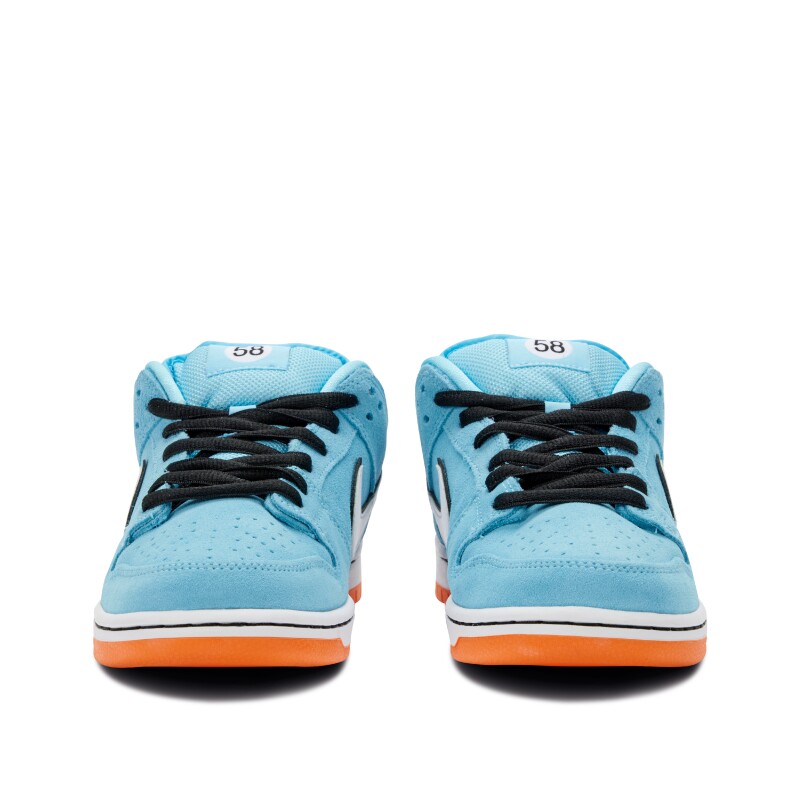 The Nike SB Dunk Low 'Gulf' is an SB update to the original Blazer 'Club 58' silhouette from 2018; an homage to the skate collective Club 58, formed by SB Nike employees and skate shop owners.