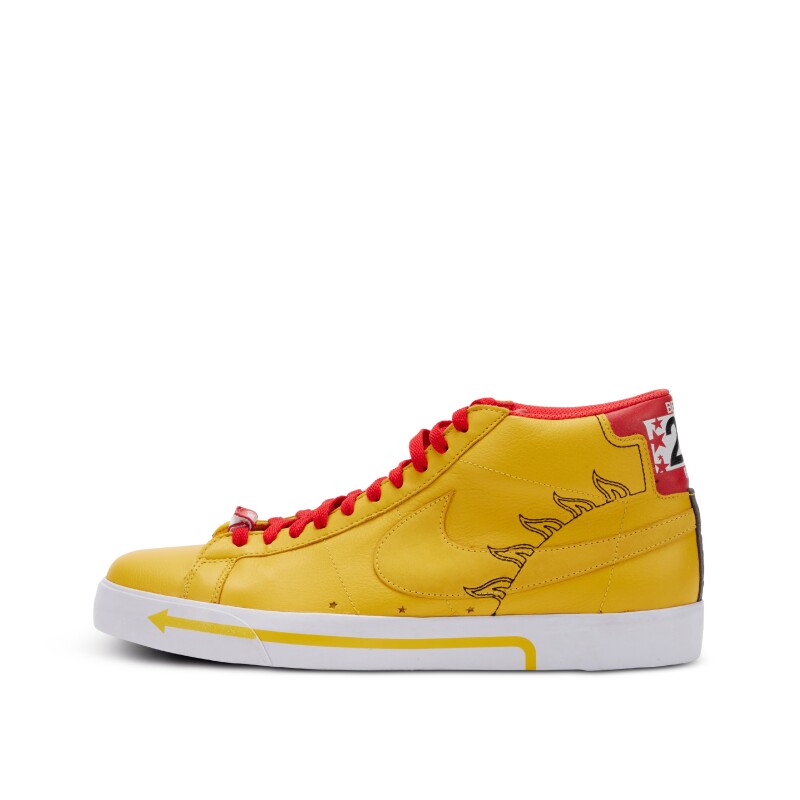 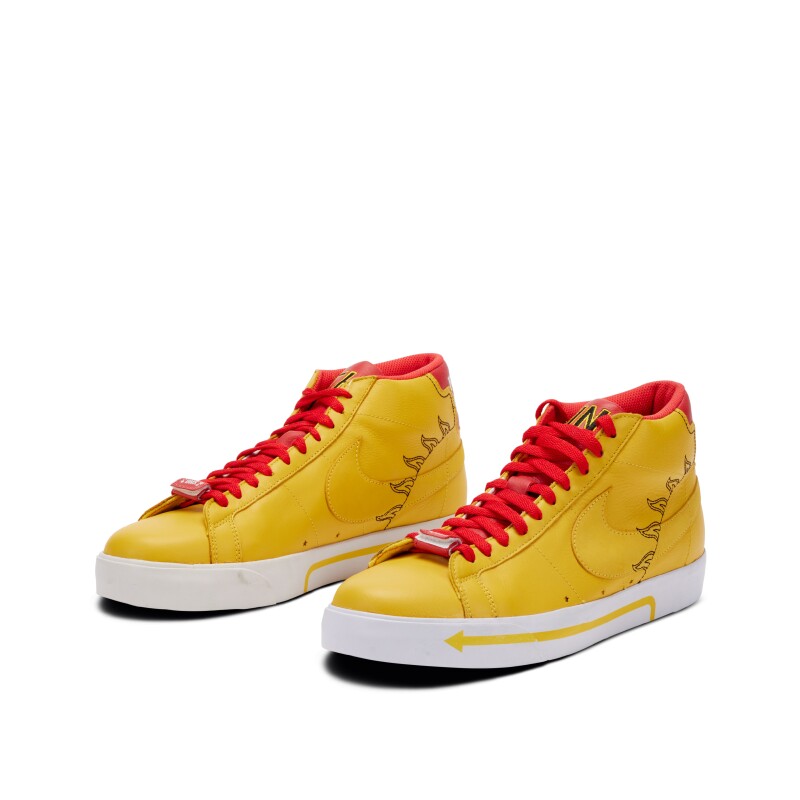 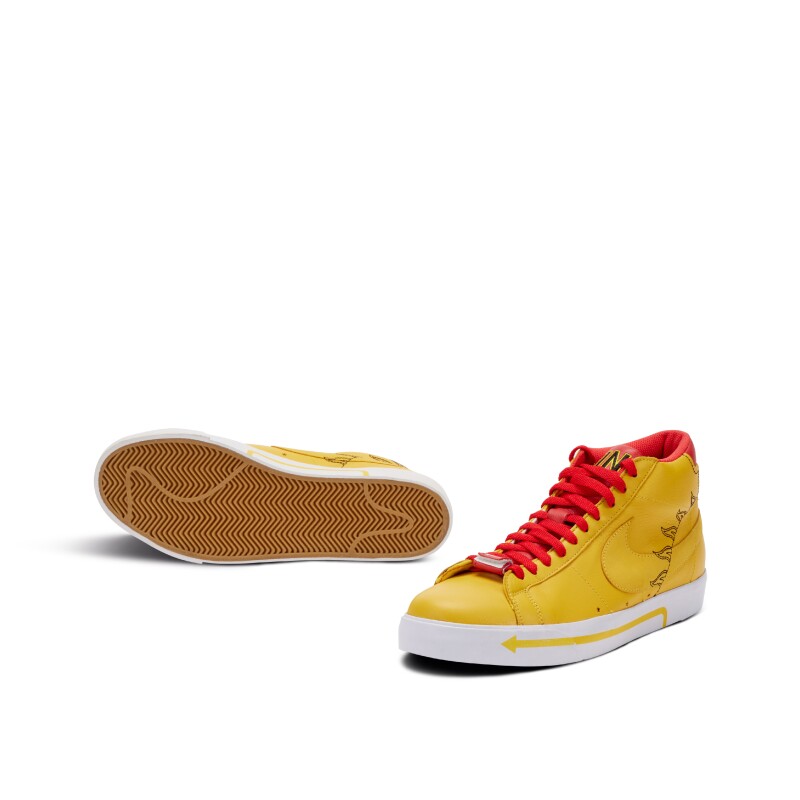 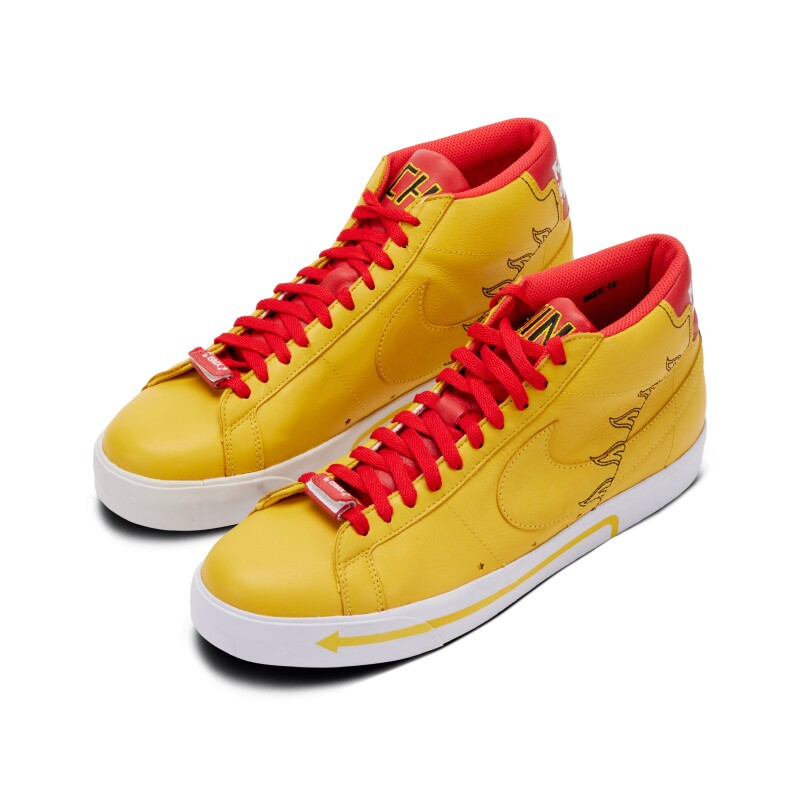 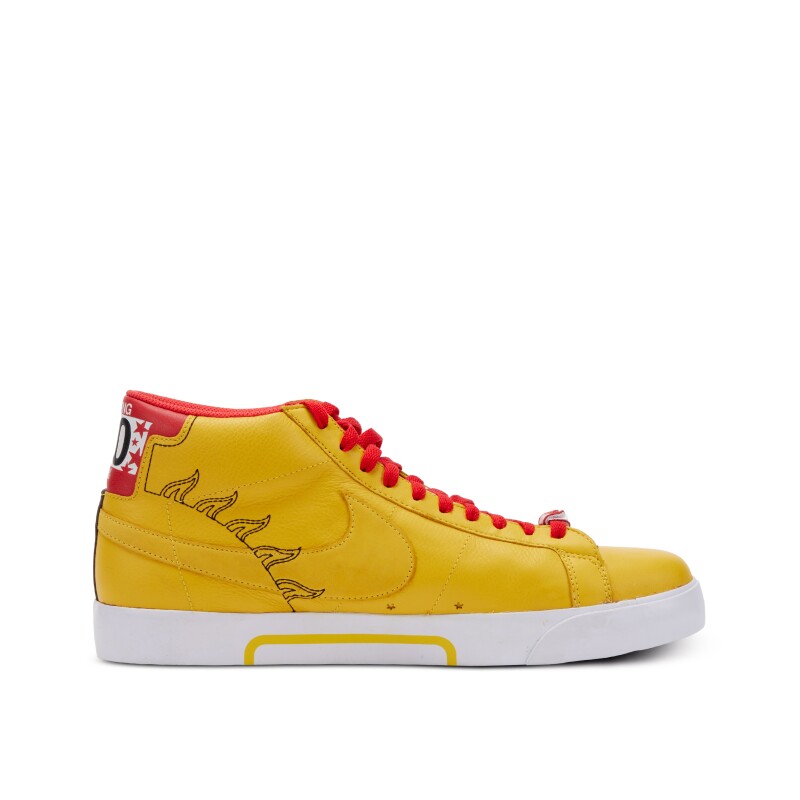 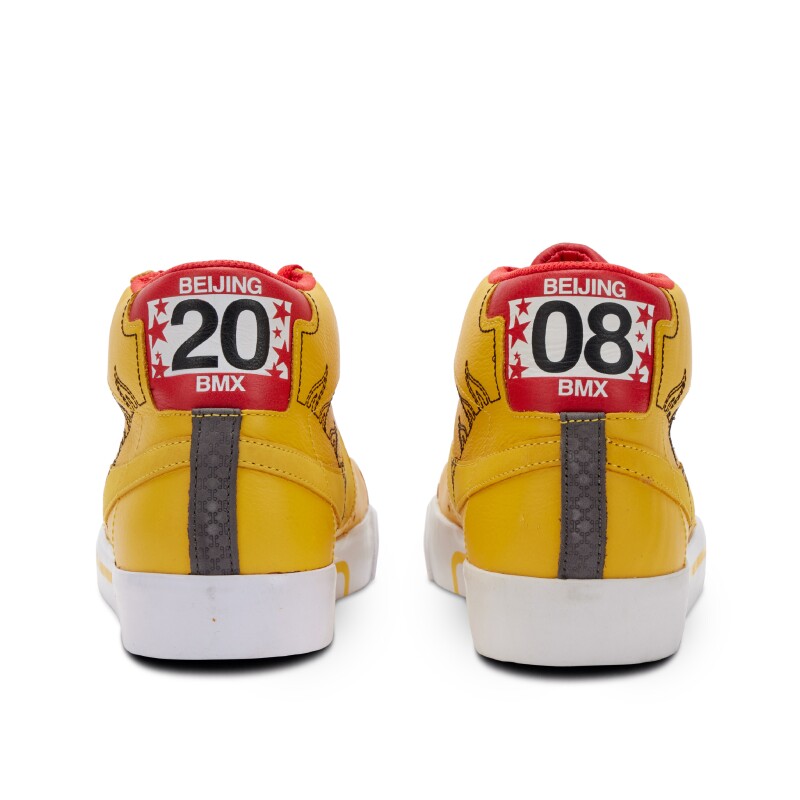 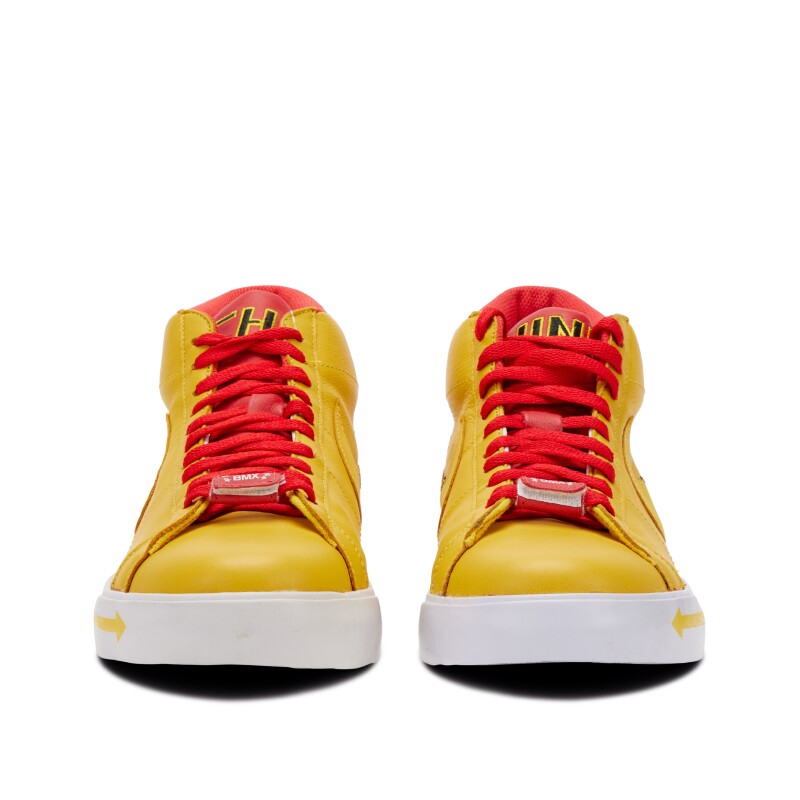 In 2008, it was announced that the International Olympic Committee had accepted Bike Motocross, or BMX, as a new vertical in the Olympic games. To commemorate this landmark, Nike SB teamed up once again with famed designer and toy creator Michael Lau to bring a Nike SB Blazer to life.

This pair, in celebration of the 2008 Beijing Olympic games, takes inspiration from the national colors of China. The design features a vibrant yellow upper with red accents and “CHINA” embroidery along the tongue. Phrases including "BMX", "BEIJING", and "2008" are found printed across the pair as well. The midsole features an arrowed bike track, while leather deubrés are printed with “BMX”.

Midsoles have small areas of discoloration.

Box has signs of wear including scuffing and discoloration.