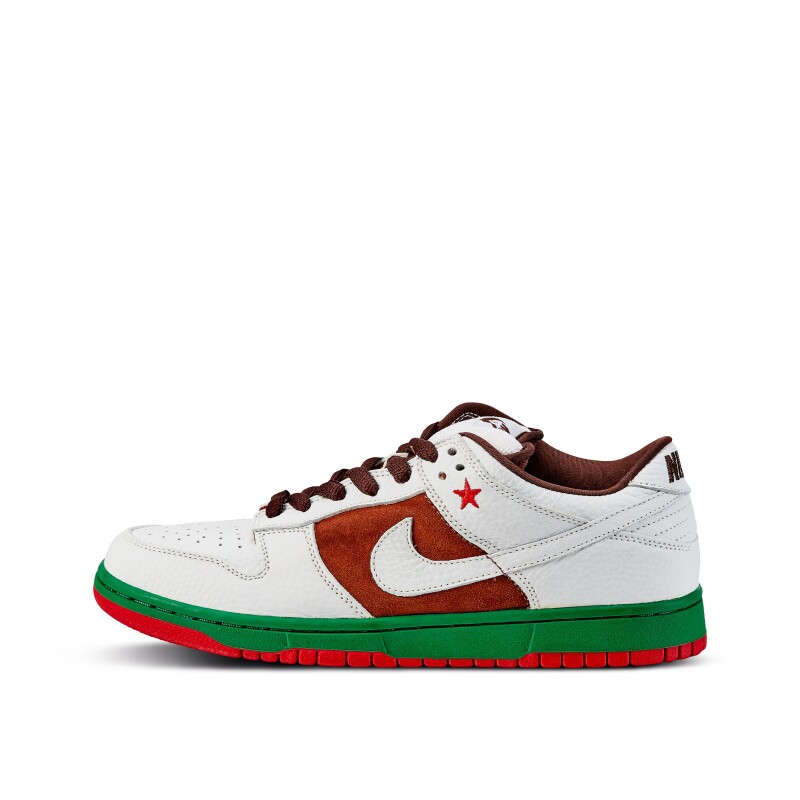 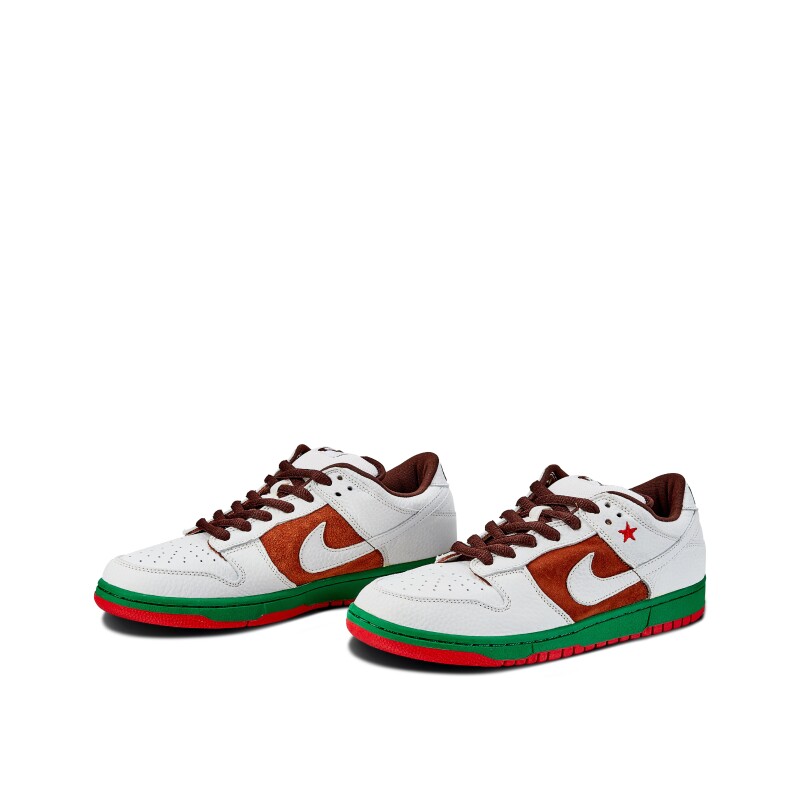 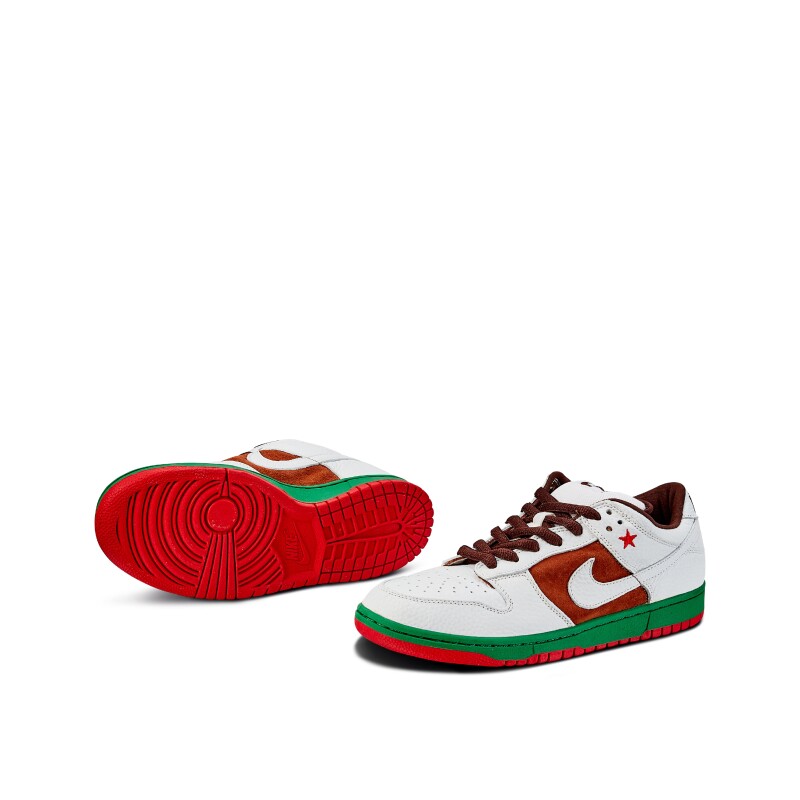 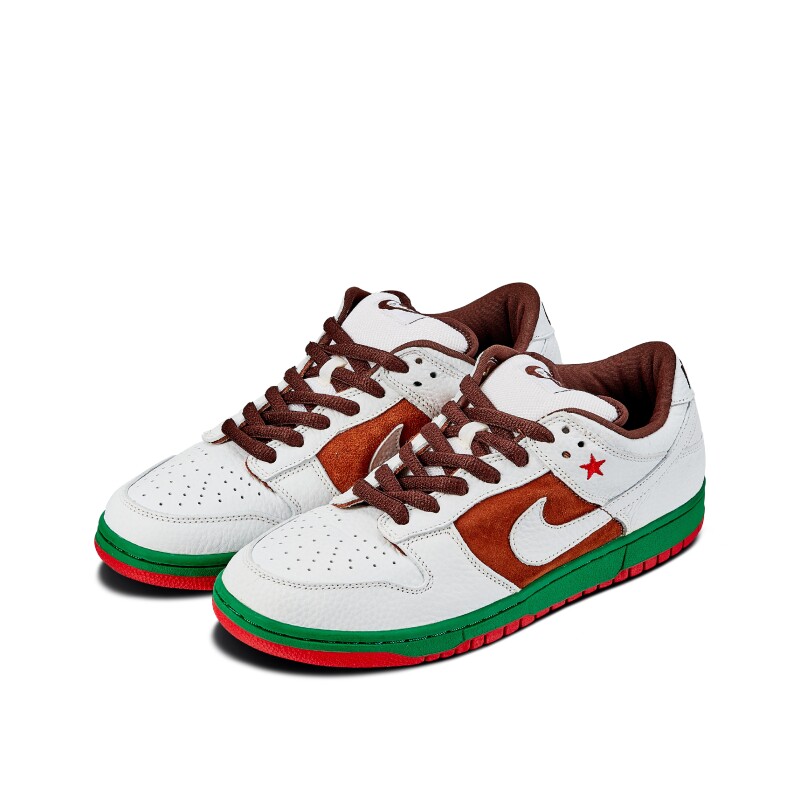 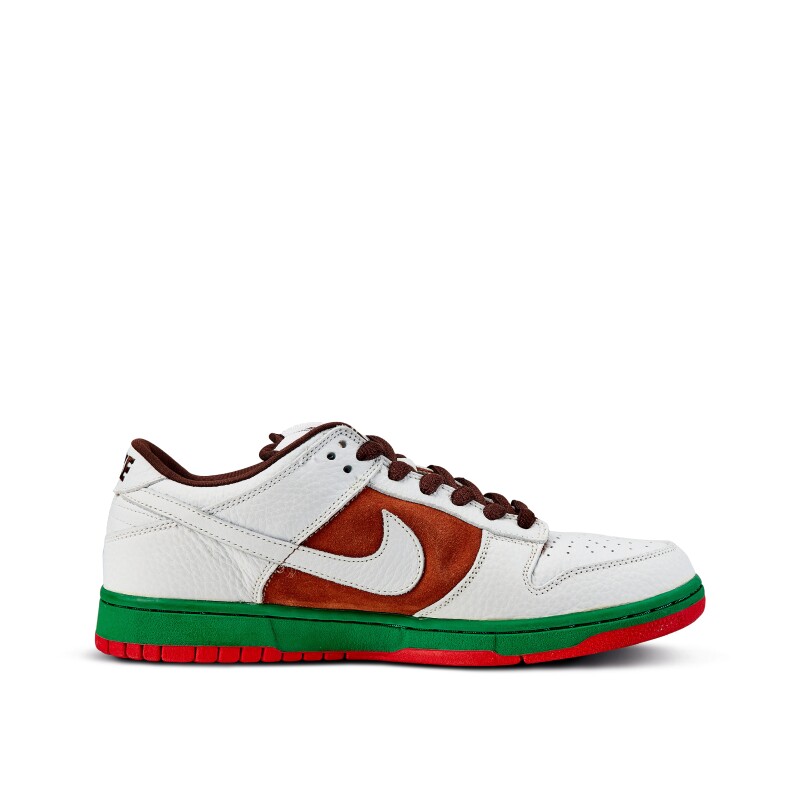 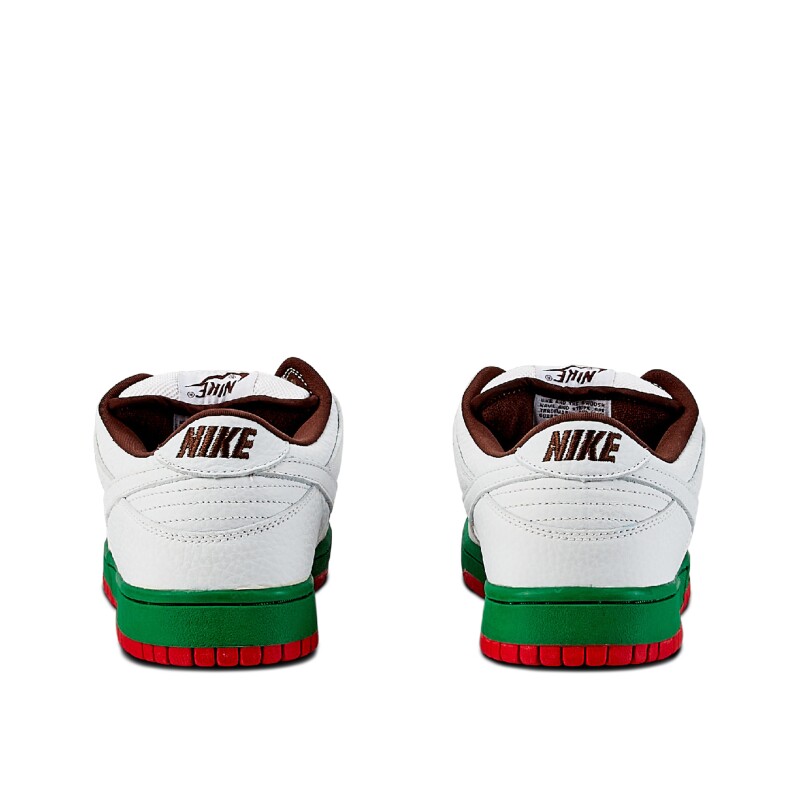 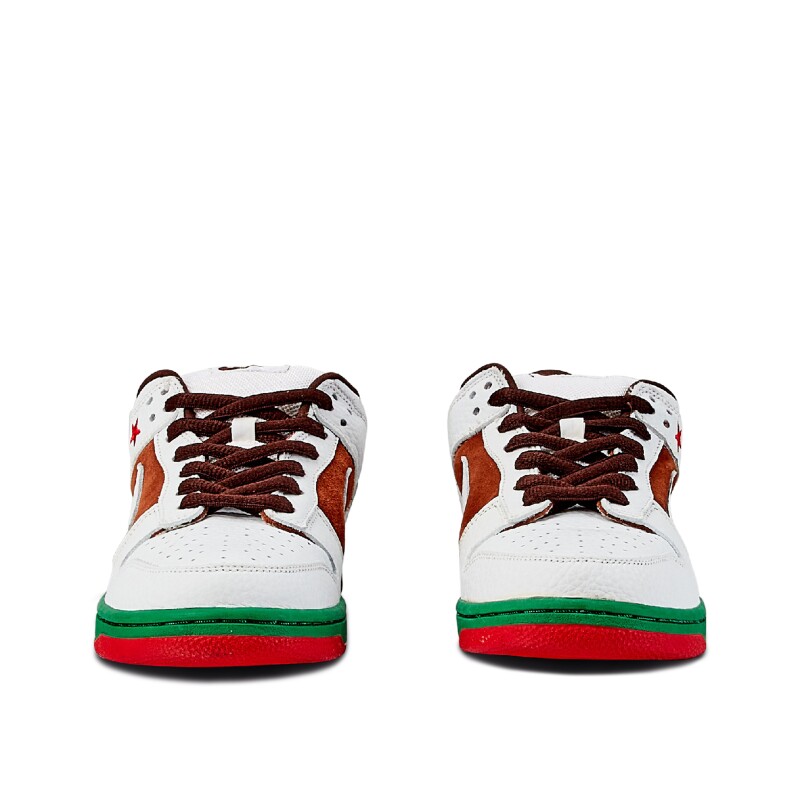 Inspired by the flag of the State of California, the Nike SB Dunk Low ‘Cali’ is immediately recognizable by its unique colorway. The pair features a white leather upper contrasted with a brown suede panel, representing the state’s predominantly white flag and brown bear. A single embroidered star is featured on the back panel, which can be found on the top left of the California state flag.

The unique combination of the green midsole and red outsole is inspired by the green grass beneath the bear's feet and the red bar that is featured across the bottom of the flag. Paying homage to this original SB Dunk Low, in 2014, Nike released the 'Cali' Dunk High bearing the same color scheme.

Hand written letters in black marker on side of box.